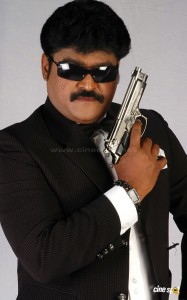 Isn’t it a truth universally acknowledged that male Indian actors can forever be paired up with younger and younger women?  That actor Shalini has played Mamooty’s child and decades later his sister. That a little child who once played your favourite superstar’s daughter may well turn up as his latest heroine.

Which would be fine if the thought of Madhuri Dikshit could casually appear in a movie opposite Sushant Singh Rajput (also born 1986, oh 1986) without creating millions of apoplectic fits or worse, thousands of knowing, sniggering features about the charms of older women.

Forget the possibility of a 40 plus actress getting a regular role. The possibility of a 30 plus actress continuing to stay in the movies seem to spark irrational rages in a swathe of the male population. Over the last few years I’ve learnt to avoid the Aishwarya Rai conversation if I didn’t want to dislike male friends and family members. Mention the post-baby Aishwarya Rai (or for that matter Sonakshi Sinha who seems to be a litmus test for the beauty myth in a certain kind of man) and the most unlikely men start behaving like they have their personal casting couch in the other room. Their lips curl and they say things like, “She will never work in this town again.”

My most recent fit of blinding rage was when first one middle-aged man and then another said, giving such a strong impression of personal stakes, as if they owned Yashraj, Dharma and Rajshri, “Hmph. Who will give Aishwarya Rai a role now? She’s fat.” I don’t need to add that said middle-aged men have paunches that need separate rooms, paunches that would raise the eyebrows of that tailor from Naram Garam when he discovers that Utpal Dutt plans to marry the young Swaroop Sampat. I didn’t point these obvious facts out and only smiled politely. Because to try is to be subjected to the kind of conversation which features smug sentences such as “You have to face reality.”

It’s also true that I had to smile politely at lunch this month when a long time Bollywood journalist told me that Nimrat Kaur at age 31 is over the hill and will never get another role after Lunchbox. And that I have to satisfy myself by watching her Cadbury’s ad on loop.  (Okay, she didn’t say that last bit but I sobbed as the thought occurred to me.)

After all this restraint I found it hard to suppress my schadenfreude as I read a truly fascinating interview with veteran Kannada actor Jaggesh. 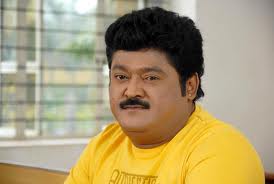 Fifty-year-old Jaggesh is well-known for his comedy roles and has acted in over 60 films. He is also a politician who was once with the Congress and is now with the BJP. He is a member of the Karnataka Legislative Council. A fortnight ago Jaggesh also was in a Twitter war with actress Ramya. 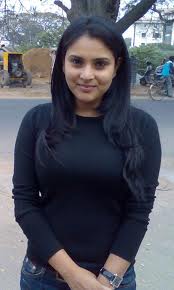 Ramya was to be his heroine in Neer Dose. Except that Ramya is now India’s youngest MP. The 30-year-old won the by-elections in Mandya in August with a margin of nearly 50,000 votes for the Congress. Ramya now has no dates, she says. Jaggesh took to Twitter in a rage. He said, “I read in a newspaper, which had quoted, ‘After becoming MP, Ramya will not be doing Neer Dose!’ It is wrong, she cannot do like that. If so, she has to bear the cost of the movie making.” It took a while but deciphering the grammatical and chronological morass of Sandalwood gossip I figured that Ramya’s response to this has been a polite ‘Boo ya’. Or to deploy a Jaggesh meme. 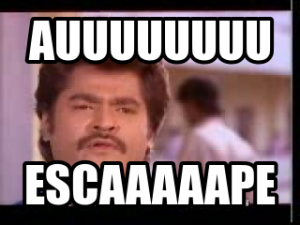 So keep his recent trauma in mind when you read this TOI interview with Jaggesh where he states his very specific complaints.

“The current generation of actresses is more bothered about glamour than acting. For example, I recently signed the film Software Ganda, for which an actress named Meghana was to be the female lead. But I hear that she, who has not even had one of her films release, has rejected the offer because of my age. While actors like Rajinikanth and Amitabh Bachchan, who are older than me, are a dream to work with for many actresses simply because of all that they can learn from such experienced actors, our actresses are more concerned with their lead actor’s age than his experience.”

“Actresses today focus more on their makeup than the role they have to essay; they are concerned about the age of their hero over the invaluable experience he has. The actors are no less either. While we waited for a pick-up every morning from the production unit, every young actor today not only has a car for himself, but also demands a caravan to be arranged on set.”

“If we need to progress as an industry, we need to maintain our humility and be open to learning from our seniors. I’m saying all this only in order to help improve the standard of our industry and restore some discipline and dedication towards the art.”

What is truly fascinating about this interview is that Jaggesh states what other actors work hard to hide: the incredible sense of entitlement that the young and toothsome heroine is his right, regardless of his own applause-worthy rejection of globalised beauty standards. Not only is he due the annual ritual sacrifice of post-pubescent cutie, he would also like the post-pubescent cutie to be polite while being ritually sacrificed. Looking across state borders there seems to be an enviable harvest of youth and humbleness. “What has Rajni got that I haven’t got?” is what he is saying.

Oh, for a well-ordered world where men were men and women were toddlers and the internal soundtrack of the leaders of the industry sounded like this.

One Response to “Why We Are Truly Sympathetic to Jaggesh”