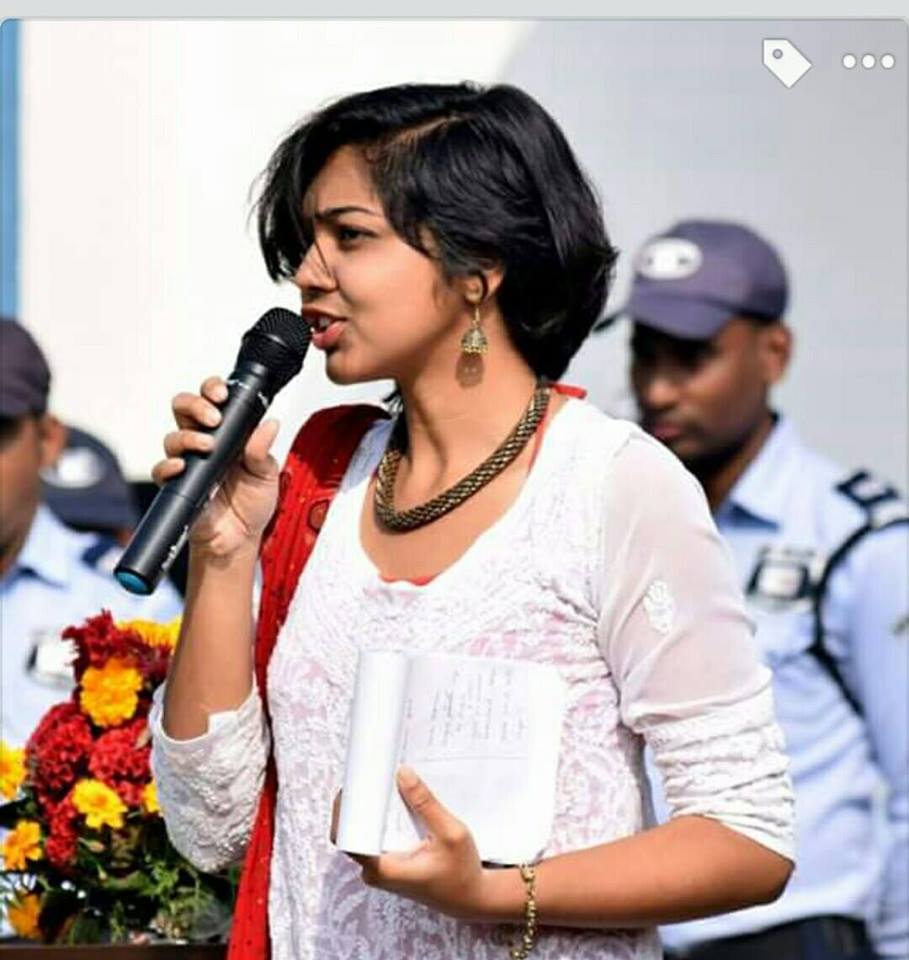 Yesterday, Rashmi Shetty, a 22 year old woman studying in Bihar, was harassed by a man who leered at her and followed her on his scooter in Mangalore. She decided to respond by taking a picture of his license plate, and posted it on Facebook accompanied by an enraged post.

In her post, she talks about how he probably expected her to be ashamed or afraid, but that she’d had had it up to here with instances of harassment and she wasn’t afraid of him at all. Her post, that quickly went viral, raises some really interesting points.

She rhetorically asks whether he imagined that no one would take her side if she raised a hue and cry, and goes on to say that she takes her own side, and that the streets belong as much to her as it does to creeps like him, and that nothing can scare her and stop her from being free.

She asks whether he expected his taunts to make her run into his arms, which is a good question I think we’ve all contemplated variations on: what exactly do men who catcall women on the streets expect to achieve? Does any love story begin with the words “hey girl, nice ass?”

She also addresses the fact that he probably was acting with a sense of impunity because he thought he enjoyed the veil of anonymity. Except he doesn’t, not any more. Her post has been shared nearly 119 times at the time of writing, and because she posted his license number as well, he’s been identified, and the post has been edited to reveal his name.

Of course, moves like this aren’t perfect plans of action: every time a post like this goes viral, people rightly remark on the possibility of this tactic being used, and mention the likelihood of people posting wrong information by mistake, or photos of innocent people out of vengeance or a mix-up, causing irreparable damage to people’s lives. Just last week, a hearing and speech impaired person who lay down on the Kochi Metro was publicly shamed as a drunkard after a person took a photo of him resting and uploaded it on social media wrongly implying that he’d fallen asleep drunk. Publishing untrue statements and photos of people that malign or damage their reputation of course amounts to defamation, but it’s just good to keep in mind that publicly naming and shaming people online can still lead to vigilante justice or mix ups.