Welcome to the grim pink aftermath of Women’s Day. We’ve told them umpteen-and-a-half times: we don’t want to shop, we don’t want to be celebrated, we want fundamental rights. We’ve told them: awww come on, don’t be shy, don’t cloak your objectification, misogyny and sexism in fuchsia petals. (If we had to choose, we’d much rather have them in plain sight, thanks.) We’ve told them: don’t squeeze us into your mould on the pretext of praising us. Nevertheless, we all received smirking, rosy-cheeked, eyelash-batting messages from people, the Internet, TV, commercial ads. (Or are we expected to be grateful for being called “woman” on one day of the year, instead of “girl”?)

What are some of the most vaanthi messages you received this Women’s Day? We asked our readers, and these are some of the contributions we received from you on Twitter and Facebook. Thank you thank you! We’d love it if you’d add more in the comments below. 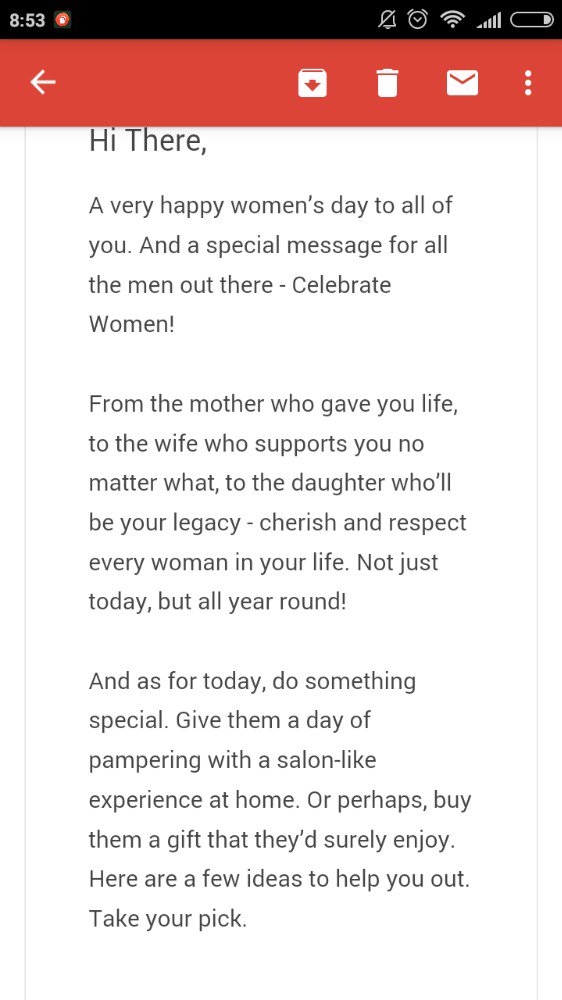 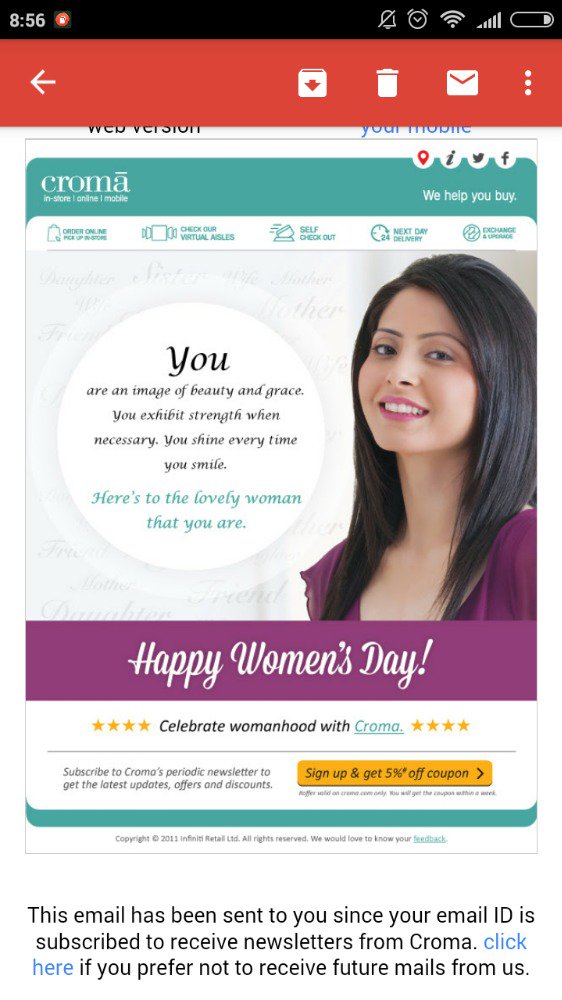 “Behind every successful woman is a fabulous pair of shoes.”

4. Yes, make sure potential rapists know exactly when and where to join the party. #Bhaiya #NotYourSister

News Report: “Raipur: Marwahi MLA Amit Jogi launched ‘Bhaiya’ helpline for women here on Tuesday. Meant to tackle harassment and violence cases against women, Jogi junior launched the helpline in the tribal school of Raipur on the occasion of International Women’s day. Bhaiya—24X7—helpline has an active group of male students who will act like ‘Bhaiyas’ (brothers) for all the sisters calling the helpline for aid.”

“I know of a big consulting company where IIM grads work, which organised cooking classes for their employees. Facepalm”

“HAPPY WOMEN’S DAY! WE APOLOGIZE FOR ALL MISOGYNISTS BUT NOT ALL MEN SO PLEASE KEEP DATING US.” 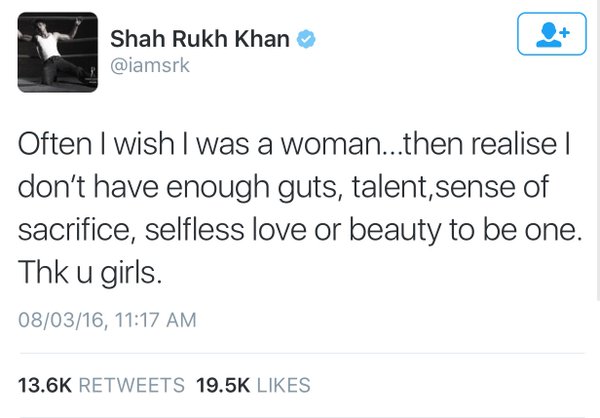 8. Wow, Obnoxious Mancronyms Are Next. 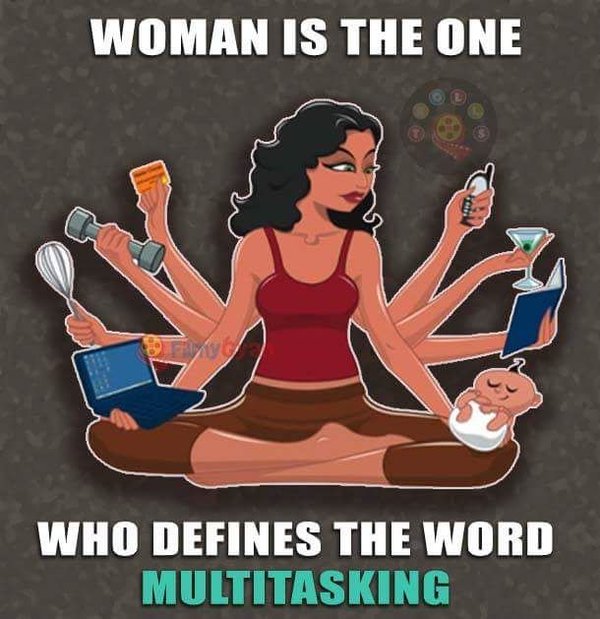 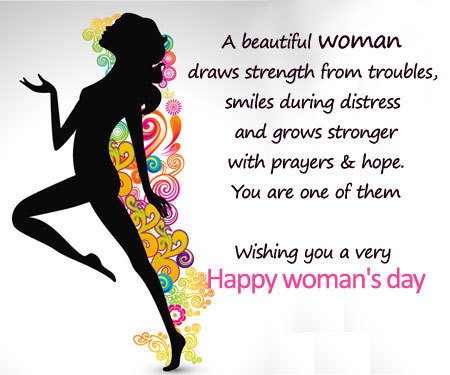 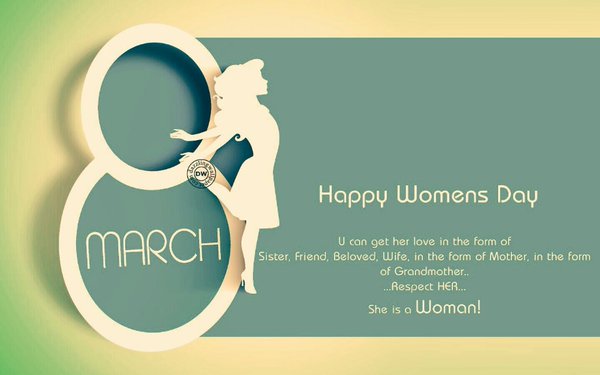 “I can’t even begin to answer this but it might have been the image of a glass stiletto with a man cowering underfoot. But it was a tough competition and I want to ask these people–did I really ever know you?” 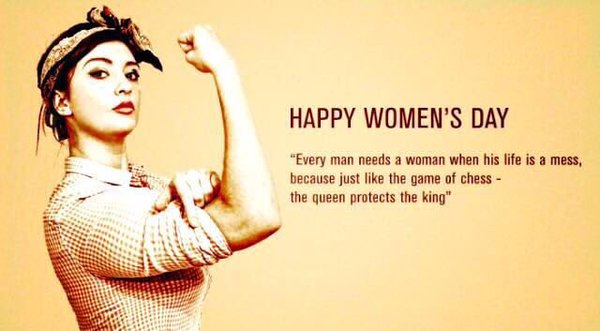 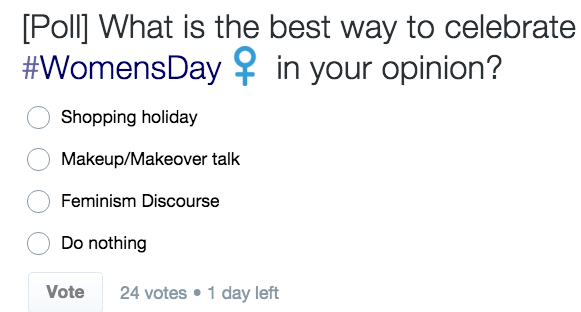 As a contributor commented: “Because we know how much the womenfolk like to talk. Yapping away all the time.” 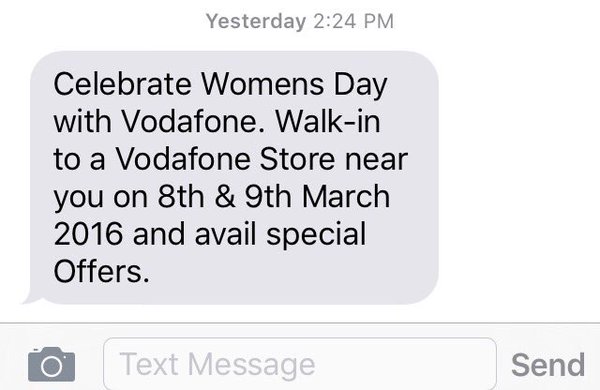 16. Where are the older women writers? #InvisibleOlderWomen 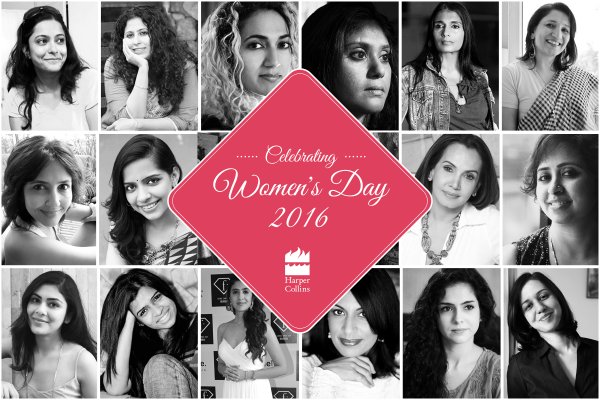 “Good illustration but please don’t encourage bottle feeding breastfeeding has lotsa goodness. It would be good if u can just remove it or change it” 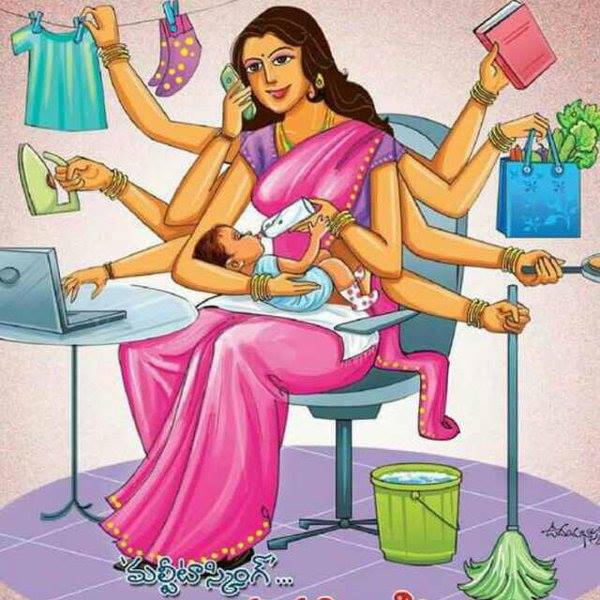 “This is for all you lovely beautiful ladies..Wish u all bigger Boobs, tighter Ass, flatter Stomach, groovier Curves and lots of Admirers..Happy Ooohmen’s Day! Stay beautiful…”

“A Happy Women’s Day message with pink flowers in pink cursive font, which when challenged led to a discussion where a man told my partner – ‘Biwi ka chamcha, let your wife fight her battles.’

Oh did I forget, it was apparently in jest. So, now we are all ok.”

“Courtesy Whatsapp – ‘Women’s Day was originally planned on March 6, but ladies took two days to get ready so it became March 8…Men’s day was planned too, but as usual they forgot the date.’ Personally, all of my friendly neighbours had a get together and binged on chaat. That was hella better than the turds that got dropped on Whatsapp.”

“‘The idea that woman is inferior to man is absurd. When a man is born of a woman, how can he be superior and she inferior’ – Sadhguru [In interview with Juhi Chawla]. Along with this a personal add-on: ‘Be positive. Happy Women’s Day.’ Negating the entire debate about International Women’s Day means.”

One male contributor says, “Office celebrations, we all got a mailer to wear blue and white. Men were encouraged to do the same too. Well whatever. I walk into office looking unusually neat in a blue kurta. Guys sitting around the coffee table…’Happy Women’s Day! *smirk smirk*’. I just flashed them a beautiful smile and thanked them. Shat on their little joke, I did.”

“I was at a film screening of the Smita Patil movie Bhumika yesterday. In the discussion after the movie one man started talking about how women are the reason world exists and men should be grateful to women etc, and immediately went on to ask why Smita Patil’s role has no character in the movie. No character means having more than one partner according to him. Rolling eyes, banging head.”

“Has anyone seen the new BIBA ad? They’re onto a #changetheconversation movement. But the changed conversation is not okay either.”

A Celebration of What? The Virgin Tree and Other Misogynist Rituals

These Two SC Judges Just Asked a Woman to ‘Behave Herself’

One Response to “All those Vaanthi Messages You Saw on Women’s Day? Here are Some of them”