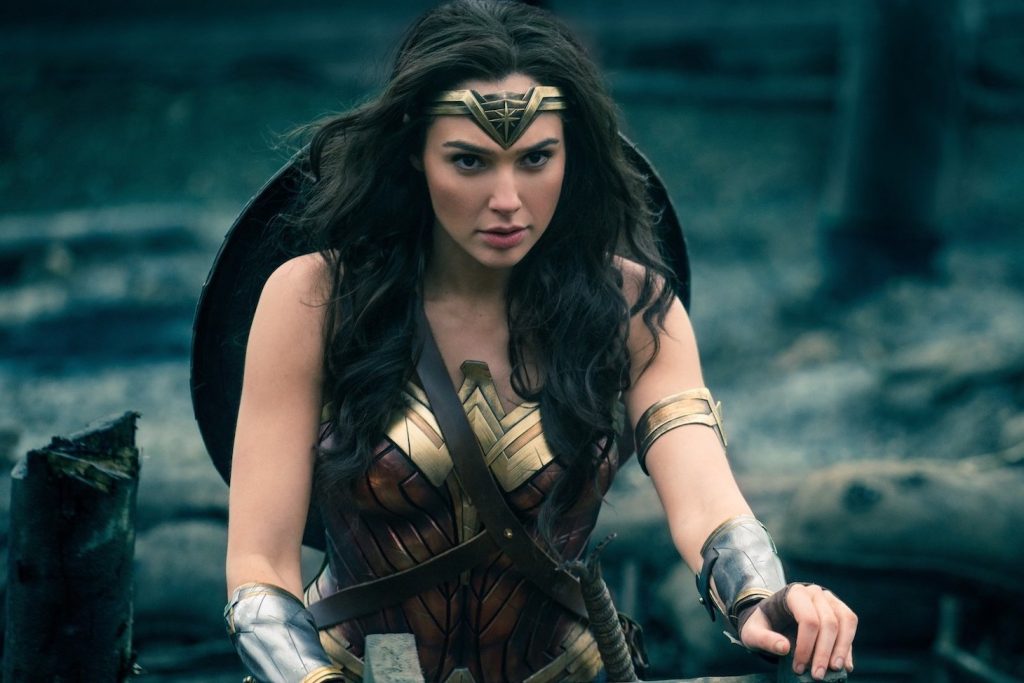 If there were ever two words to summarise the new Wonder Woman movie starring Gal Gadot, these would be it. (Come to think of it, ‘Divine Intervention’ would’ve been a fine subtitle to give.)

After all, Diana Prince, or as she calls herself — “I am Diana of Themyscira, daughter of Hippolyta” — is like every other superhero in every other superhero movie. She wields a shield like Captain America, she breaks through glass without fear, she smashes things with her sword, she stands tall among the ruins and she has a superhero-worthy backstory. Diana has many origin stories to her credit: she’s Amazon warrior and the daughter of Hippolyta, who was sculpted in clay by her mother while Zeus gave her life and other powers. In this movie, we learn that she was the result of an affair between her mother and Zeus; a demigod with divinely accessories like the shield, the lasso, and the bracelets. But highest of all, Diana learns that she is the “godkiller”, and who else can kill a god but a god?

But what truly sets her apart from the Scarlett Johansson’s Black Widow of the Avengers or Anne Hathaway’s Catwoman of The Dark Knight Rises is that she saves the men of this movie, single-handedly, not to mention that the movie begins as a feminist utopia until a man steps in, which is when things go haywire. Whether they’re drowning in the sea, trying to destroy German forces in WW1 or the world itself, Diana is present to save the day.

Wonder Woman features enough action sequences to satisfy even the most hardcore of action fans — in a pivotal scene, where Diana thinks she has cornered Ares (The God of War), but is instead General Ludendorff, who remarks, “as magnificent as you are, you are still no match for me”, Diana finishes him in true warrior style, by piercing him with her magnificent sword.

One review online (written by a man, of course) tell us that it’s “feminist” in a petty, trendy way, while Diana lacks “passion”; another man was only interested in the “five-foot-ten-inch Israeli actress and model Gal Gadot, who is somehow the perfect blend of superbabe-in-the-woods innocence and mouthiness”. All this while reminding us that a lot of the attention paid to Wonder Woman is for it being a ‘female superhero’ movie, because in a world where there have been a dozen Batman movies, nine Superman movies, and other obscure comic book-based movies like Doctor Strange, Monkeybone, Meteor Man and Swamp Thing exist, it can’t be just another generic superhero movie, can it? After all, it is the first female-led superhero movie, since the 2004 Catwoman (played by Halle Berry and written off as an utter disaster). So expectations ride high and weigh heavy on this film.

Online or offline, one thing summed up the movie. Wonder Woman had to be the feminist antidote in the abundant world of male superheroes. It’s not all surprising if you knew the origin of the comic itself: she was created in 1940 following noise that Superman and Batman were too violent and so All-American Comics (now DC) hired a Hollywood PR William Moulton Marston (he lived with two women, who helped him come up with the idea for Wonder Woman) who came up with a strong female superhero, one who gave the idea of a strong, free, courageous womanhood and who isn’t inferior to men.

So should we be annoyed that it’s being called a ‘female superhero movie’? No! We should celebrate it. Not because Wonder Woman can chuck trucks at evil gods, or because she can walk into the combat field all by herself or destroy a building to smithereens, but because of the underlying theme: love, fighting inequality and sisterhood. Unlike the themes of many male superhero movies (Captain America, Iron Man, Avengers): Nationalism, rage and let’s be honest, male mid-life crises. Iron Man 3, in particular, captures the fear of it — you know, men starting to go bald, trying to cope up with it by buying sports cars… that kind of thing. Tony Stark’s responsibilities (and heroism) catch up with him and he feels the need to prove that he’s always a young and relevant superhero. So he hides in his basement and tinkers away building suits, but slowly removing himself from everything else. He’s a disillusioned middle-aged man and the truth has finally caught up with him.

In Wonder Woman, the underlying theme is also wonderfully shown to us through tone: Themyscira, a literal utopia, is lush and bright dotted with emerald green foliage, sparkling blue waters, cool grey stone paths, bright flowers and, of course, stunningly good looking women. When Diana enters the “world of men”, the tone shifts to insipid greys, sooty blacks and ominous midnight blues. She is alone, far away from her sisterhood, but enters into the deep blue sea willingly with the same vigour a young Diana shows for martial combat. This is stark in contrast to what we see in “regular superhero” movies — their life is bleak and dark until they start saving some lives and they always, always need persuading to do the right thing. Wonder Woman does not. She speaks up in a room full of men and questions their authority, stops their rowdy-fights at bars, wonders if corset is what passes for armour in 1940s London, fights bad guys in alleyways, marvels at ice cream, throws in a line about slavery, while saving the day.

Diana’s Wonder Woman does have a ‘dark’ story; it’s one about her ancestors, except she doesn’t make it about her. She’s complicated; horrified when she realises that women and children are some of the biggest casualties of war (“they’re killing children”) and naive enough to believe that she’d be successful when she sets out to find and kill her brother Ares. Diana, who leaves Themyscira with the sole aim of killing Ares, is seemingly disillusioned when she comes face-to-face with the truth, but that doesn’t kill her philosophy of absolutism.

Instead, her fierce compassion, warm energy and her belief in love is truly what gives her strength — even if she does witness her one true love (hunky spy Steve Trevor) set fire to the plane he’s flying, to stop Germany from gassing innocent civilians. They fell in love with the idea of saving the world and in that course, fell in love with each other. And I’m not gonna deny, but it’s just wonderfully satisfying to watch a woman fight back (when Diana when she decimates her brother).

It’s a slow march to heroism but Diana gets there even though she’s plagued by impediments — a metaphor for woman all around? Perhaps. Maybe male viewers and reviewers will need a reset to appreciate it, but we’re here for Wonder Woman fangirling.

Crop Top and Miniskirt? It’s Not Just the Moral Police Who Will Come After You in Saudi Arabia

The SC Just Said Women Have Sacrosanct Rights to Their Bodily Integrity. Do You Think They Really Believe It?

Half Girlfriend: Why is Bollywood So Desperate to End with Women Becoming ‘Full Girlfriends’

One Response to “Wonder Woman can Chuck Trucks at Evil Gods and Stop Fights at Bars. But Will She Always Be a ‘Female Superhero’?”