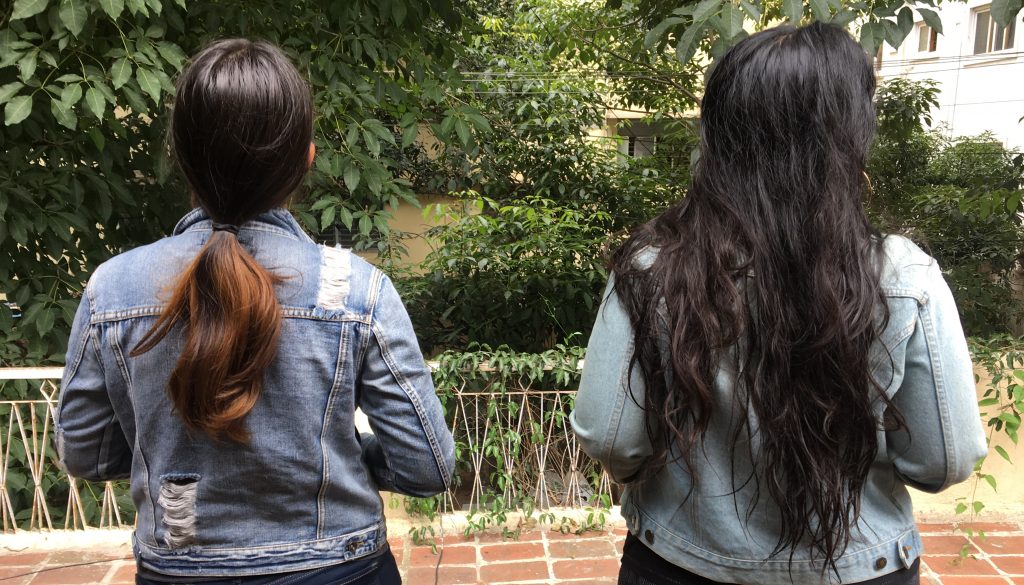 Have you missed us? We have been away for two weeks and have certainly missed you all. Let’s jump straight in, ready to do a whole lot of listening.

If you had to pick 9 songs to make up the soundtrack of your memories what would they be? This week we kicked off a new series with a Bangalore-based teacher and writer Vijeta Kumar’s superb playlist.

We are 18 years into the new millennium and NPR has a fabulous list of what they are calling the 200 greatest songs from this century by women and non-binary persons. The list is moderately global and has the right ratio of modern classic to surprise inclusion.

How about one for the road, song #201? When Ciara (who is on the NPR list) released her new song Level Up last month, little did she know that her hot moves would be one-upped by cool kid Michai in a sign language cover of the song. 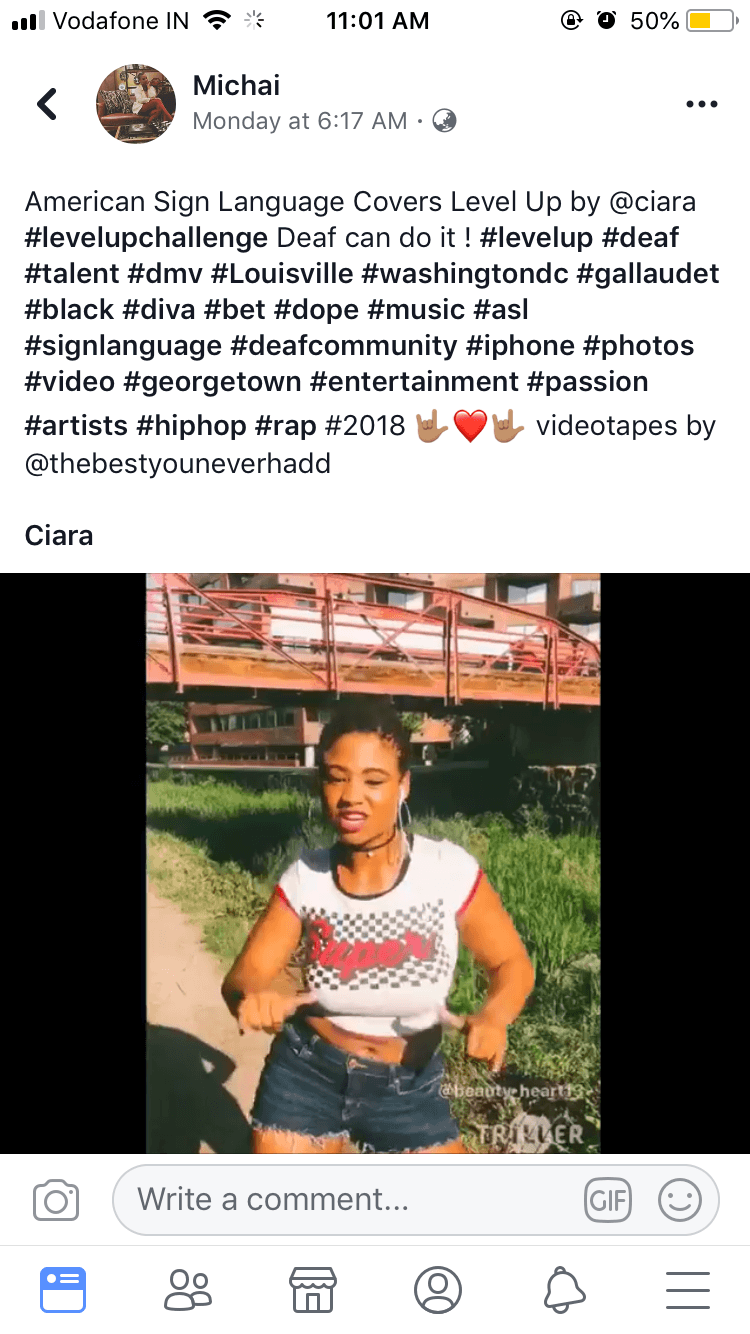 Watch this performance artist seamlessly blend American Sign Language with some insane choreo. When Michai signs “I’m chilling, I’m winning, like on another level”, we really felt that. And if you think this is all the moves she’s got, you’ve got another thing coming. Check out her cover of Crew by rapper Goldlink where she signs a mile a minute.

What are your feelings this morning about spoken word and poetry? Mamata Banerjee apparently loves it and you can’t get away from her love!

28 July was the first anniversary of the death of the brilliant poet, critic and teacher Eunice D’souza. Across the country, many people revisited their loss and her work. We went back to this video of her reading Miss Louise. We got an extra smile from observing that the video was uploaded by poet Melanie Silgardo. You can read them both in the classic anthology Nine Indian Women Poets.  Among all the tributes, for sheer buoyancy, we loved this photo from the timeline of the Allahabad cultural initiative, Sanchaari. 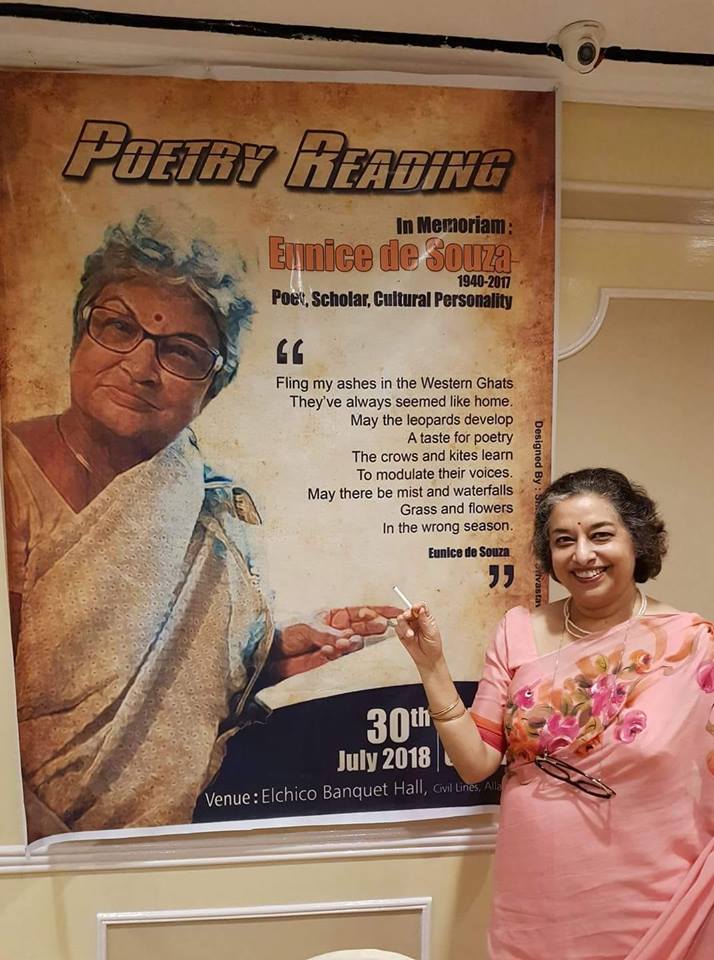 The end of Indra Nooyi’s tenure at PepsiCo should remind all those who have not been listening, that the female CEO is a vanishing species and there is no rational reason for why the corporate world has so few women in leadership. Not that there is rational behaviour in sexism. Else why would that Japanese medical school deliberately mark down women applicants in their entrance exams for 12 whole years?

Cover your eyes, shut your ears and then later check out this essay that will appeal to fans of a woman who has written best-selling thrillers for 40 years. Becca Schuh writes, “Mary Higgins Clark warned me to fear men, but I didn’t listen.”

Like much of Latin America, Argentina has a near-total ban on abortion but in recent times the feminist movement has gained tremendous strength in opposing it. This week lawmakers voted against an abortion bill that would have legalised elective abortion for pregnancies up to 14 weeks. But the Ni Una Menos (Not One Less), the women’s rights group that has emerged as the leaders of the pro-choice movement has captured hearts around the world with their passion and sureness that change is around the corner. The campaign that deploys a vibrant shade of green has also inspired much poetry and music. Listen to the lesbian reggaeton band Chocolate Remix respond to Ni Una Menos here.

Sure, politics hurts and love hurts but should sex hurt? In an excellent episode from the excellent podcast series Bodies, producer and host Allison Behringer asks why sex has started to hurt. When no one helped, Allison pursued the mystery herself.

You know this has been a good week for gold stars/awards for some of our favourite writers. Sujata Gidla and Sanam Maher are both on the shortlist for the Shakti Bhatt First Book prize this year. Talented hyphenate Annie Zaidi has gone and done it. Her play Untitled 1 has won 2018 The Hindu Playwright Award for the best original, unpublished and unperformed play script in English.

On Sunday evening, a bunch of us in Bangalore are going to listen to comedian Punya Arora whose trial show has already made us giggle with its name — Meri Maa Ki. Which reminds us that TLF and the first edition of Leddis’ Night were all over this TOI feature on women’s comedy.

Are you in Delhi and wishing you could hang around and listen to people talking about women’s lit? Oh, there is something lovely you could do. Coz its Women in Translation month, folks at Zubaan Books are reading A Life in Words (Kaghazi Hai Pairahan) by Ismat Chughtai this month on Sunday, 12th August, at 11 am at the Zubaan office. Send them an email if you’d like to stop by, they say. 🙂

1. Medusa Multiplied: Christobel Hastings traces the evolution of the Gorgon Medusa, from rape victim to tragic beauty to monstrous evil. Nowadays she is invoked “whenever male authority feels threatened by the female agency.”

Lata vs Asha. Feminist Rejoinder vs Feminist Response. Agents of Ishq Jumps into the Fray