There is a great deal of potentially excellent writing and brilliant storytelling to look forward to this year, especially from women writers of speculative fiction. A number of titles that I am looking forward to are from writers of colour, many with stories set outside of the usual Eurocentric/American diaspora.

Sure, you can make up any culture you like as a writer – as long as your worldbuilding is authentic and strong, we’ll buy it. But when you’re not from the mainstream, when you’re not a white, heteronormative writer from the UK or US, you’ll probably be bringing your own cultural background, your own myths, beliefs and baggage to your work and it will probably be a whole lot richer and more interesting for it.

Who can predict where speculative fiction will go in the future? Predicting the future won’t lock it down, obviously – it’s against the nature of the beast. What is rapidly becoming clear is that mainstream literature has started using a great many speculative tropes and in doing so, seems to have pushed speculative fiction into the mainstream, leaving room for a new beast to form. Conversations about speculative fiction in the West have changed – there is a greater demand (need, I’d say) for fiction that is more representative of contemporary society all over the world. Straight, white, male – this is no longer what is expected to form the canon. Now, more so than ever before, readers are looking to women writers, to writers of colour, to writers examining the fluidity of gender and sexuality in order to represent what the world now is. Of course there was always writing that did this, but now there is a greater need for it, and luckily, a greater supply of it too.

I could make lists of all sorts, but for today, here is one of the books from women writing speculative fiction that I am most looking forward to in 2014, each of them exploring an idea, an identity, a premise that is intriguing and contemporary. 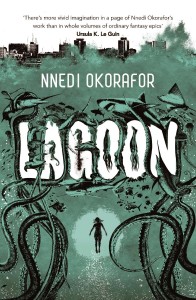 Nnedi Okorafor has been lauded for her previous work, most recently winning the British Fantasy Award for best novel in 2011 for Who Fears Death, a fantastic story set in post-apocalyptic Sudan, winding together both Igbo mythology and magic. Her short story collection Kabu-Kabu was published in 2013, and many of the stories explored ideas Okorafor had previously written about in her young adult (YA) novel Zahra the Windseeker, though now with a far more adult slant. The stories in Kabu-Kabu are all incredibly arresting, and Okorafor’s understanding of Nigeria, of the magic and myth of Nigerian cultures resonates with each of them.

Lagoon promises to be fantastic – a story set in Lagos, about three very different people whose lives are changed when a wave of sea water courses over them after something massive and strange crashes into the sea before them. They meet a woman from the stars and find themselves in a race against time with a chance to save the world. Keeping in mind Okorafor’s original and socially aware voice, Lagoon promises to be smart, fun and of course wildly imaginative.

I’ve been a fan of Lauren Beukes since her Clarke Award-winning Zoo City, and 2013’s The Shining Girls was one of my favourites books of the year. Beukes’ writing is fierce – she’s got a great grip on the stories she wants to tell, there is no room for missteps. Everything in The Shining Girls was just incredibly crafted, be it the language or the criss-cross time travel.

Her 2014 novel Broken Monsters can’t be published fast enough for me. Set in Detroit, it is about a detective who is trying to make sense of the strange, mutated bodies being found in abandoned buildings. Described as laying “bare the decaying corpse of the American Dream,” Broken Monsters sounds like Beukes has once again hurtled through any genre boundaries that may have been set on her. July sounds much too long to wait. 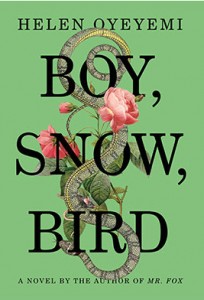 Nigerian-born Helen Oyeyemi, listed as one of Granta’s Best British Novelists in 2013, is clearly ridiculously talented. She wrote her first novel while still at school and has since written four novels, each different but each filled with strange, mysterious characters, ideas and references to fairy tales and myths.

Her new novel is Boy, Snow, Bird and it is about a woman called Boy who finds herself becoming the evil stepmother she never thought she could be to a young girl called Snow. It promises to be just as charming, just as imaginative and just as filled with darkness, complexities and magic as her previous work. 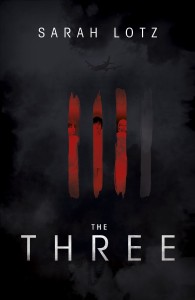 The Three by Sarah Lotz

The Three promises to be creeptastic. Four passenger airplanes crash in four different places around the world on the same day, and there are three survivors. The children are unhurt but clearly not unchanged. From all early reports this should be an incredibly intelligent, contemporary and imaginative horror novel. 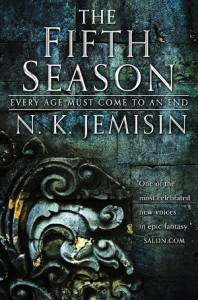 The Fifth Season by NK Jemisin

NK Jemisin is a novelist whose work challenges the idea of a default European setting for fantasy epics. Her debut novel A Hundred Thousand Kingdoms was nominated for the Nebula, the Hugo and the World Fantasy Award. Her Dreamblood series began with The Killing Moon, a fantasy set in what could possibly be ancient Egypt, but with dreams as a source of magic and a goddess that rules over a seemingly peaceful land until sudden violence mars the city’s landscape and leads to a plot of intrigue and conspiracy.

Jemisin’s next novel is The Fifth Season, which is set in a world that has adapted to having suffered multiple extinction-level events for millions of years. Not much more is known about this August 2014 release, but with Jemisin’s past record, we can rest assured it won’t be anything average. 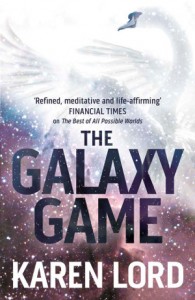 The Galaxy Game by Karen Lord

Karen Lord is a Barbadian writer who made waves with her first novel Redemption in Indigo, a retelling of a Senegalese folk tale that was nominated for the World Fantasy Award in 2011 and won a Kitschie in 2012. Her second novel The Best of all Possible Worlds was a science fiction epic that had Lord being compared to Ursula Le Guin by The Guardian.

Lord’s next book is The Galaxy Game, to be published in June this year. It is described as “involving interstellar travel, galactic power and the love of a beautiful game” set in the same world as The Best of All Possible Worlds, and it promises to be just as intriguing. 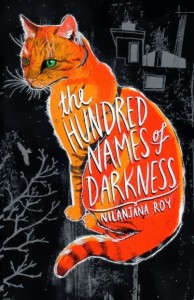 The Hundred Names of Darkness by Nilanjana Roy

Delhi-based journalist and literary critic Nilanjana Roy has been known for her columns for quite some time, but her first novel The Wildlings was published in 2012.

Shortlisted for the Commonwealth Prize in 2013, the bestseller was a wonderfully imagined adventure novel with beautiful illustrations from Prabha Mallya, featuring an entire cast of cats who must come together to win a war they could never have imagined until one tiny kitten with extraordinary powers comes into their neighbourhood. With the sequel, Roy returns to the neighbourhoods of Delhi, where the cats who survived the battle must now face a changing environment and eventually attempt to find a new home. 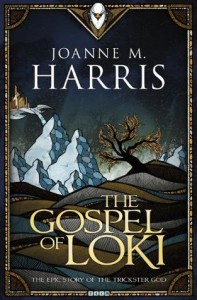 The Gospel of Loki by Joanne Harris

The writer best known for the huge hit Chocolat alongside a number of other titles – both fiction and non-fiction – is back this year with her take on the legend of the Norse gods and Ragnarök. Or more specifically, on the trickster Loki’s story.

Harris calls this her version of the story of Loki in the way Stoppard’s Rosencrantz and Guildenstern Are Dead is a version of Hamlet. Peripheral characters and often even villains are seen as fairly one-dimensional, and their potential complexities aren’t always explored, so this narrative told in Loki’s own voice –  of his betrayal of the Gods and the fall of Asgard – promises to be great fun.

The End of the Sentence by Maria Dahvana Headley & Kat Howard

Last year saw some really great stories from both these writers, and even though not much is known about their combined effort, a novella to be published in August, it is sure to be intriguing. The only information I can find on it is that ‘The End of the Sentence is an epistle-driven literary horror novella of deathless prisoners and shapeshifting goblins’, and that description, attached to the names of these two writers, is quite enough for me.

The Mirror Empire by Kameron Hurley

Hurley’s God’s War was received incredibly well – it is still talked about often. A Strange Horizons review described it as a “book in which the lead character sells her womb in the very first line, before proceeding to shoot, swear, and shag with little attention to or respect for what might be imagined as the traditional shape of the action adventure heroine.” It’s also set in a world where some nations have evolved from an Islamic tradition – there are niqabs and muezzins and mosques but also advanced technology, making it something from Hurley’s older work that must be read too.

Her next book is The Mirror Empire, to be published in September, and Hurley has described it as “Game of Thrones meets Fringe”. An epic fantasy that covers vast geographical distances and includes emperors and assassins, warriors and blood mages, it’s sure to be another exciting addition from Hurley to contemporary fantasy. 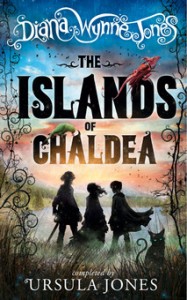 The Islands of Chaldea by Diana Wynne Jones & Ursula Jones

The Godmother of Fantasy’s death in 2011 left so many, many stories untold. Diana Wynne Jones was the gateway to fantasy for me, and for millions of people the world over, including her most famous fan, Neil Gaiman.

The Islands of Chaldea will be posthumously published this year, co-written by DWJ’s sister Ursula and based on the detailed notes DWJ left behind. The premise is delightfully Wynne Jonesian – a young girl finds that the magic abilities her entire family have seems to have skipped her, but she is dragged along by her aunt who may be the person to full fill a prophecy that will bring peace to the islands they live on. So far, it sounds like perfect Wynne Jones fare – even if she didn’t write it all herself.

Mahvesh Murad is a radio show host and book critic in Karachi, Pakistan. Follow her on twitter. Find her on mahveshmurad.com