This week, journalist Bhupendra Chaubey, hereon referred to as Uncle, interviewed Sunny Leone on CNN-IBN. Uncle viciously attacked the actor in all kinds of gross and unprofessional ways – based on apparently no research and hopeless hearsay. The number of times Uncle said “your past” amounted to the best drinking game. If I had done a shot every time Uncle said, “your past”, I’d have been blitzed by halfway mark of the 20 minutes this interview lasted. Uncle also hid all his attacks behind phrases like “people say”, and so-and-so has said. Sunny Leone held her ground though. And how!

To begin with Uncle (after informing her that he is calling her Sunny): “Does someone call you Karanjeet, by any chance?” Sunny replies politely that “There are only a few people in my life that do, those are my closest friends, my husband and my brother.” (Interrupted by Uncle in the middle who brings up her family immediately.)

#1 In which Sunny Leone sets Uncle up to reveal his vampire side, and then stakes him.

Uncle: By and large it seems the world – at this point in time – seems to be celebrating the success, y’know, that you’ve got. So I thought I’ll begin this interview by asking you, Tell me one thing that you regret, one thing which you believe that went wrong for you.

Sunny: There is actually only one regret I have in life and that was that when my mother passed away, I didn’t get home fast enough. Those types of regrets I have. I don’t have really any professional regrets. I’ve made mistakes, just like anybody has, or maybe made the wrong choice or the wrong decision but I learnt from that wrong decision… (clearly setting him up)

Uncle (falling, slavering over the set-up and interrupting): What kind of, what kind of, when you say mistakes, I mean I know it’s all a part of growing up, none of us are perfect (vampire mode: activate) but what kind of mistakes would you have made? Personally, professionally.

Sunny: I guess, professionally, when I came here… Bollywood is like a culture shock. It’s a different world, there’s so much chaos and all that chaos is organised chaos and everyone knows that everything’s gonna be fine, but I’m the only one that’s worried, which ends up not working in my favour because I get frazzled.

#2 In which Uncle has clearly done only the patriarchal half of his homework.

Uncle: I am told that Kapil Sharma, the host of Comedy Nights with Kapil, at one point of time had said that he wasn’t comfortable shooting with you because he thought that he had family audiences and Sunny Leone did not fit into the description of family audiences. Is this true?

Sunny: I have no idea because I’ve been on his show multiple times. I’m happy that I got to be a part of his show. I’m sure if he had an issue…

Uncle (interrupts): Then he would’ve raised it with you, perhaps.

Sunny: … I wouldn’t be on his show multiple times. 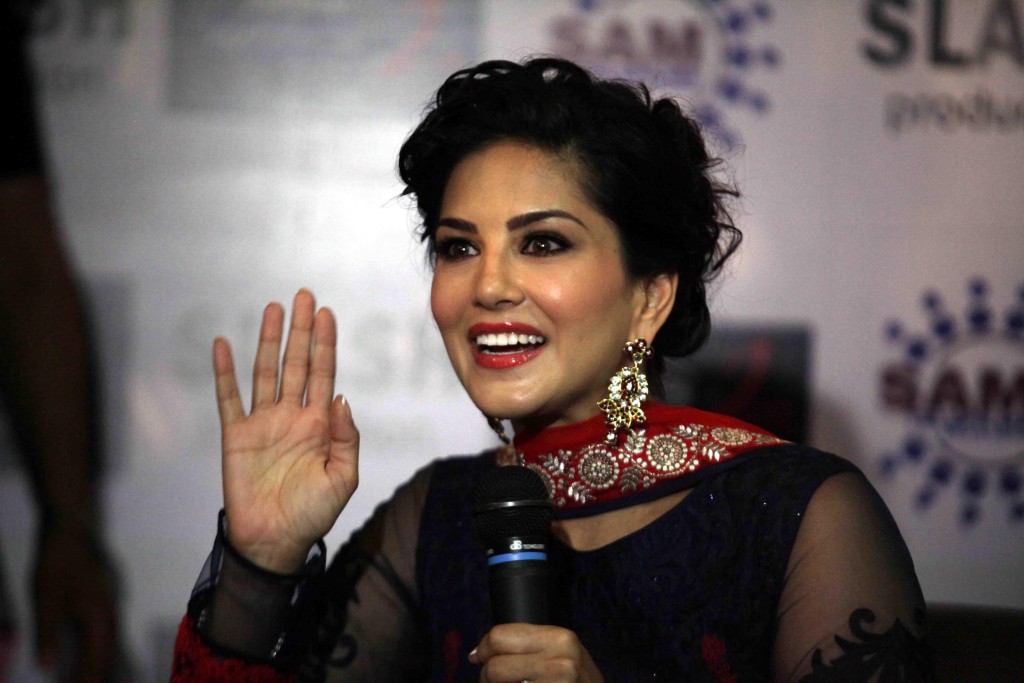 #3 In which Sunny doesn’t give a flying fuck.

Uncle: It seems that while the commercial value of your work certainly seems to be doing quite well, but there is a lot of resistance… inhibitions… about you. How do you deal with that?

Sunny: Umm… I actually don’t care about anybody else’s inhibitions or what they’re insecure with if they wanna work with me or not. It actually doesn’t affect my life at all. I work every single day and I’m very happy for that. So whether I work with XYZ or somebody from this side, it doesn’t affect me because I’m still working…

Uncle interrupts again with smug question. (Coming up next.)

#4 In which Uncle thinks he can make Sunny Leone bitch about Aamir Khan.

Uncle (interrupting question): You think an Aamir Khan would ever work with you?

Sunny: Because of my background and…

Uncle (interrupts again): Would you want to work with Aamir?

Sunny: Of course, who wouldn’t?

Sunny: Well, I have no idea. You’d have to ask… (Aamir, but of course Uncle had to interrupt again.) 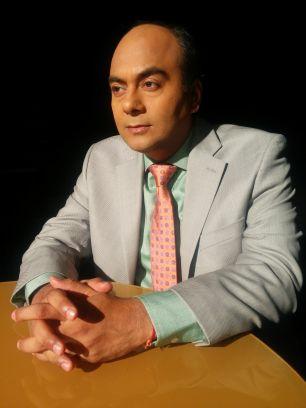 Sunny: “It wasn’t something I aspired to do. It just kinda happened. I met an agent and when I saw these photos of these women, I didn’t think, Oh this is vulgar, I didn’t think that, Oh this is wrong. I thought of it as being beautiful, and I thought they’re sexy, they’re beautiful, they’re free, they’re doing whatever they want to do. And that’s how I saw it.”

#7 In which Sunny drops the O-bomb!

Uncle: Look at how your actions are being interpreted in India. Atul Anjan who happens to be a MP of CPI has consistently gone on record, and mind you he’s not the only one, where he holds you responsible for corrupting Indian minds, Indian morality (Sunny is visibly and audibly sniggering at this point). Again I go back to it, when these kind of comments are made, how do you deal with them?

Sunny (trying to keep a straight face): I think I am happy to be a part of a political speech. (Straight up breaks into laughter) If you think about me so much in your day, you want to put me in your speeches and you want to blame me for things… (controls laughter) Umm I think that it’s that person’s choice but I’m glad… y’know I’m waiting for Obama to put me in his speech. (Still laughing.)

#8 In which Uncle brings in the Sunny-is-a-threat-to-the-Indian-institution-of-marriage angle.

Uncle: There are some who believe that if Sunny Leone is becoming the brand ambassador of sorts of this new India, (Sunny audibly sniggering) then it’s a very dangerous trend to have.

Sunny (laughing her butt off): You’re the first person and only person ever to say that.

#9 In which Sunny explains what healthy relationships are.

Uncle: You don’t care about any of this?

Sunny: It’s not that I don’t care. I believe every husband and wife should have a beautiful relationship, a healthy relationship, that people should be secure in their lives and with who they are and their husbands or their wives, boyfriends, girlfriends, whoever it is in their life. At the end of the day, I shouldn’t matter in their world.

#10 In which Sunny teaches Uncle about professionalism.

Sunny: Again, the thing is that whatever somebody’s opinion is about me, I actually don’t care. Because like I said, I’m working everyday. I have three movie releases this year—

Uncle (interrupts again): So what is this about Sunny? Is this just about money?

Sunny: This is not just about money…

Uncle (jumps in): Ultimately, this is about money.

Sunny: This is about something I’ve always wanted to do and when you work, just like you’re paid to sit to talk to me, I am paid to sit to talk to you. (Booyakasha!) And that’s just how it works. And at the end of the day, it is business. We all work because we want to feed our families. But when you’re in the art of cinema, there has to be a passion there and… (Uncle interrupts again but Sunny continues louder than him) that passion’s always been there.

#11 In which Sunny Leone gives Uncle a free lecture from Pop Culture 101.

Uncle: Do you look at yourself as an artist?

Sunny: I look at myself as an entertainer.

Uncle: You’re an entertainer… You know in typical Bollywood terms if I was to use it, you’re an item girl. Are you an item girl?

Uncle (continuing over her talking): In this world of Bollywood?

Sunny: I don’t see myself as anybody, just a girl who wants to work.

Uncle: So my viewers would like to know you. (Hand movements are going wild.) Are you an actor? Do you look at acting as a serious profession?

Sunny: But it’s everybody’s face and body that takes you everywhere when you work in entertainment. Every single actor or actress, their skill level, the determination, or whatever, their training in life separates them from one actor to the next. But… it is the beautiful face that we see on television that we’re attracted to watch that we want to turn the channel to their show or their program or their movie. We buy the movie ticket because we’re attracted to the fantasy, or the allure of who that person is. That’s what entertainment is, it’s a fantasy.

Of course, Uncle has completely forgotten the reach of the Internet, cell phones and technology when making this correlation. Because Uncle like the rest of patriarchy feels it is so much easier to blame one woman than 1 billion people. Sunny’s answer just refuted Uncle’s claim and moved on.

#13 In which, Uncle gets all flirty and mansplains Sunny’s own feelings to her.

Uncle (sleazy smile): You know, there’s a lot of chatterati which takes place, “You see a Sunny Leone film, you get morally corrupted. I’m wondering if I’m being morally corrupted because I’m well, I’m interviewing you… 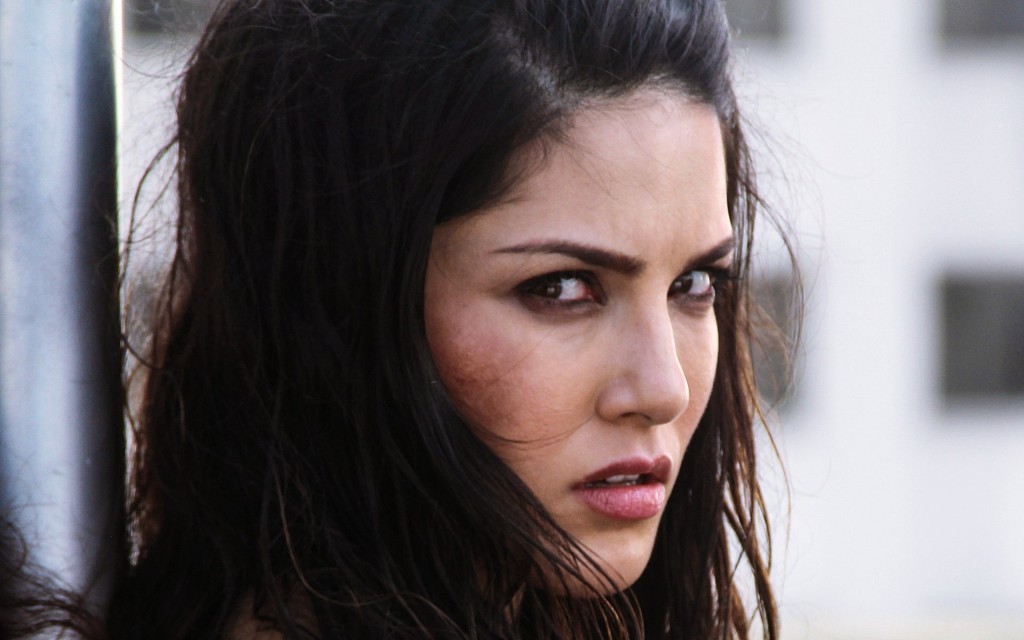 Sunny (at this point clearly has had enough): Well, I can leave if you want.

Uncle: In conclusion, Sunny, in conclusion, this talk which is largely negative which takes place against you…

Uncle (feelings mansplainer mode: activate): You love it. Right? Controversy sells as well in this world. You believe this controversial nature which will keep you going in the future?

Sunny: I have no idea. These are questions that are hypothetical questions that you have no idea whether it’s going to or not. I don’t like negativity, I never have, I don’t want it in my life. But it’s just there. It’s what the media sells.