HomeWatchlistCinemaIs Karan Johar a Fraud? Can a Boy and Girl Be in L ...
November 1, 2016 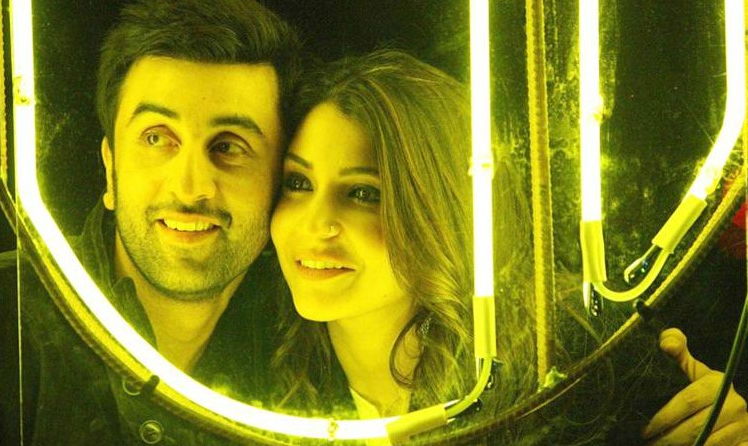 “I was sexually assaulted by my best friend,” started an anonymous open letter published on 14 September 2016 on the Facebook community page of NALSAR National University of Law. It describes how a complex friendship with an intense and emotional past ended with the guy allegedly grabbing her, forcefully kissing her and then letting her go when she said “No” but continuing to masturbate in front of her. The author decided not to take direct action against her friend, which the college respected, but it did respond by having a series of workshops and conversations to foster discussion and sensitisation on campus.

What has this got to do with Ae Dil Hai Mushkil, the superstar-studded romantic hit made by Karan Johar, the man who taught Indian kids with Kuch Kuch Hota Hai in 1998 that you can fall in love more than once and with more than one person in a lifetime? (The same movie also taught us: you can’t be friends with someone you’re in love with.) Nothing and still everything, especially when it comes to male desire and male entitlement.

ADHM is KJo’s Diwali gift — filled with light and hope — to all the “nice guys” who might have understood the concept of “No means no”, but then are also feeling threatened, ‘under siege’ and ‘unable to be themselves’ because women now have more freedom. They feel paralysed at the idea of rejection, despite their own ‘niceness’.

According to the widely-accepted rituals of love stories and relationships in our society, if you follow the gamified and linear narrative of love and achieve a level of intimacy with a potential partner, you ‘must get some’. If you follow due process, you should get your due. However, it seems that in ADHM’s brave new world, sex and the rejection of sexual overtures are no longer the carrot and the stick and people are allowed to feel an array of varyingly intense emotions for one another. 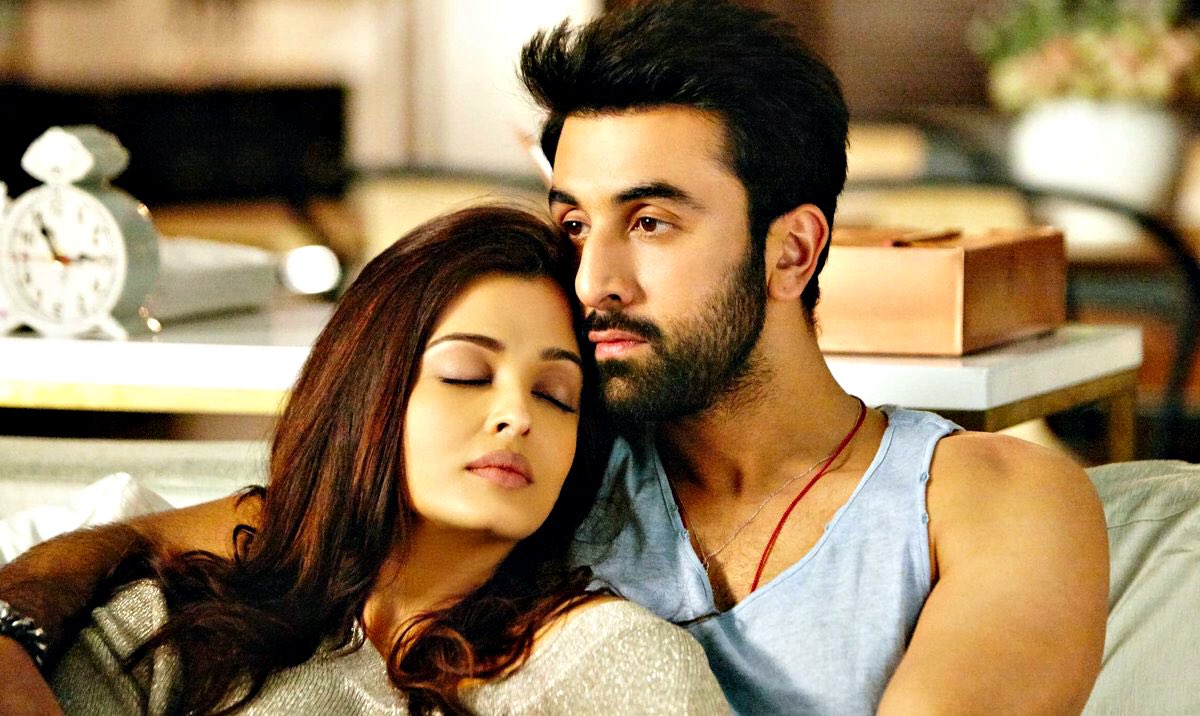 The movie opens with Ayan (Ranbir Kapoor) and Alizeh (Anushka Sharma) laying eyes on each other for the first time, feeling instant attraction and proceeding to making out. (That instant attraction felt by Alizeh is later described by her as a ‘pyaar’ that gives her a healing sense of tranquility, and not toxic passion.) The make-out session ends badly because Ayan feels guilty for cheating on his girlfriend. Alizeh reveals that she too is dating some doctor her father has chosen for her. The two of them hang out and become close friends, seeking intimacy like courting was going out of style. Their respective relationships crash and they party in Paris to get over it.

In this first act, KJo builds Ayan up as the “beautiful male idiot” and deconstructs the masculinity of the chocolate boy by mocking how he feigns the intensity of his heartbreak. ADHM is set in a universe where people have grown up on a staple of Dharma-YRF-Barjatya romances. It treats these romances as scriptures and the Euro trip is shown as a kind of love pilgrimage. Ayan and Alizeh enact and mock the tropes of these films, warming our collective hearts with nostalgia.

At the end of this Euro trip, when all of us expect Ayan and Alizeh to finally hook up, Johar delivers the coup de grace. He gives them alcohol, makes them share one blanket in the freezing cold, and the two friends only chat about how they’re each attracted to each other, but in different ways. Alizeh says she doesn’t like who she becomes — submissive, self-destructive and unhappy — in the kind of relationship he wants. Ayan is disappointed, but he’s alright with the intense friend-love Alizeh feels for him. 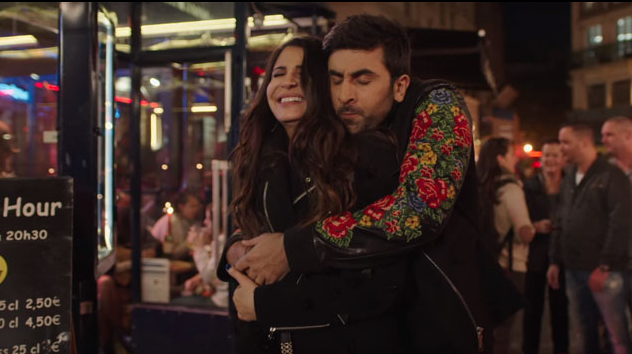 The Euro trip ends with Alizeh running into old flame DJ Ali (Fawad Khan), her first love with whom she had a passionately toxic romance. She dumps Ayan to return to Ali, which sets off a batch of crazies in Ayan who can’t seem to understand this “shiddat” (intensity) and her choice for self-destruction.

At her eventual wedding with Ali, Ayan numbs himself with alcohol and proceeds to have a full-scale, semi-public, mostly-private meltdown with Alizeh right before the ceremony. This is where we stop seeing Ayan as the grown-up, nice guy. He turns into an abusive man-baby. He tries to grab her and kiss her. She shoves him away and is reeling in shock and sadness. Ayan proceeds to throw a tantrum, starts hurting himself and makes her watch as she keeps screaming for him to stop. The altercation ends with Ayan leaving the wedding and blocking Alizeh from his life forever.

What the NALSAR student’s male friend allegedly did (in a relationship that sounds as complex and as intense as Ayan and Alizeh’s in the open letter), and what Ayan does in this film, they may not be the exactly the same. But both need to be labeled abuse. Both men inflict trauma on their women friends. If you handle rejection with self-harm, if you force your rejecter to be the audience, that’s still abuse. 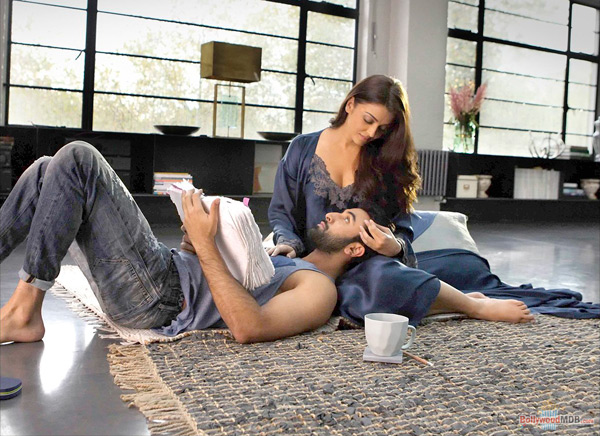 This moment repeats itself between Ayan and Alizeh with various degrees of desperation. With each instance, Karan Johar shows men how they look and feel when they commit such acts of violence, and shows women refuse to take shit when men act like this. When Ayan is dating Saba (Aishwarya Rai Bachchan) in the third act, she swiftly and ruthlessly calls off their relationship after seeing his refusal to move on from Alizeh.

In the final act, where Alizeh is dying of cancer, Ayan and she have rekindled their relationship and he’s now taking care of her. In a tender moment, he tries making out with her again. When she turns away, he throws a tantrum again. He shoves her, screams and breaks plates. This time, she reciprocates with anger herself, breaks things in turn and throws him out of her house.

The KJo of 2016 (as opposed to 1998) believes, a boy and a girl can be friends and in love, but don’t necessarily need to have a romantic relationship. In fraudulently simple strokes Karan Johar pushes the boundaries of the emotional world we inhabit by using three different words for the emotions of attraction felt by the characters — pyaar, dosti and aashiqui, then adding shiddat (intensity) as the unit of measuring the emotions, and reciprocity to the mix.

Unfortunately but not unexpectedly, the final act is when the movie gets a little lazy, a little populist. To peddle tragedy, the woman lead — who KJo has crafted with so much love and detail — is terminally ill and in the final stage of cancer.

Why was it necessary to kill the girl to tell her story? Why wasn’t Alizeh a trope beyond that of manic pixie dream girl, accessory to someone else’s life and finally the dead/dying girl? Why won’t Karan Johar make a story out of how Ayan and Alizeh live co-dependently with or without monogamous relationships and successful futures, ‘forever’?

5 Responses to “Is Karan Johar a Fraud? Can a Boy and Girl Be in Love But Just Be Friends?”