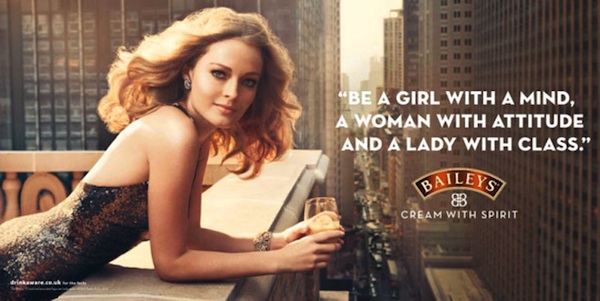 The prize formerly known as the Orange Prize for Fiction for women writers (writing in English, anywhere in the world) will be henceforth known as Baileys, we hear. It had been briefly parentless for a year, going by the terse alias of the Women’s Prize.

The response to the new sponsorship of the award ($ 30,000 and a bronze sculpture called the Bessie) has not been quite as sweet and creamy as desired. Author and critic Jenny Diski has, ahem, dissed it (sorry, have wanted to say that all my life). She told The Guardian that “a women’s prize is a morally self-defeating consolation prize, as indeed it started out as being, because Angela Carter didn’t get the Booker. It strongly suggests that fiction by women is different from fiction by men. And that women need special concessions and can do nothing about male dominance apart from accept their difference.” Diski, putting her prize money where her mouth is, says she will not allow her novels to be submitted for the Baileys. Diski is one among a slew of writers who have been critical of the existence of the prize. AS Byatt also called it sexist while Auberon Waugh supposedly called it the Lemon.

However Kate Mosse, novelist and co-founder of the prize (which was first conceived of in 1996), is made of formidable stuff. In marshalling her arguments in favour of an award exclusively for women, observe her inflammatory choice of words to The Guardian: “Mosse said it made her ‘giggle’ when people suggested there was no need for the Women’s prize, given female writers’ success in the literary prize arena these days.” A woman who can use the word ‘giggle’ when defending a women’s prize for fiction against attacks of ghettoisation is not to be taken lightly. 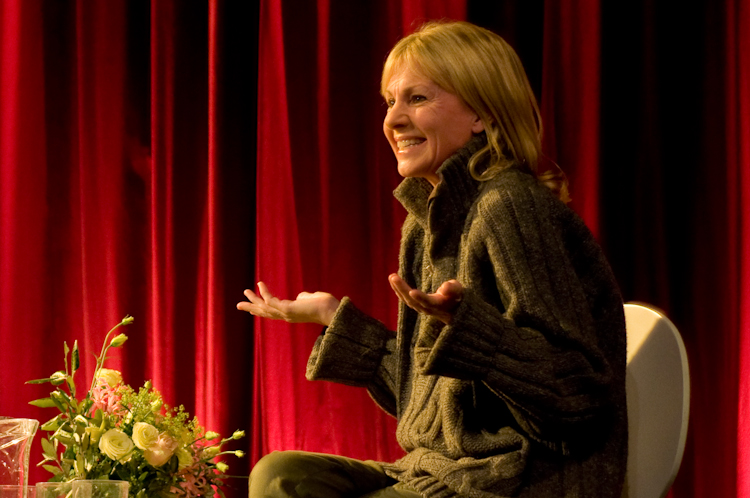 What all parties in favour of the new sponsor (which has signed a 3 year contract so who knows what comes next) would like us to take lightly is the easy conjuction of a delicious after-dinner drink with literature. Mosse continues to show her ‘Fun Fearless Female’ side by saying,”The Baileys softens the image of the prize and [it] brings together two great pleasures; reading a book whilst having a little glass of something or other. I think it’s great for both sides, although I would also stress that I strongly support morning reading.” In a fight, we’d like Mosse on our side, we think. She’s a dirty street fighter.

However, even Mosse can’t quite pull it off entirely. How can she? The grooves of this fight are now ravine-deep.

The Guardian asks her whether she is concerned that Baileys, sponsor of Sex and the City, would put off male readers. The newspaper has reported elsewhere that  in 2010, of the five top selling prize novels in the UK, four were Orange titles and that it has encouraged women writers across the world to write books. Nevertheless, let’s imagine this apocalyptic, hen weekend of booze scenario: a man wanders into a bookshop. He picks up a book by Lionel Shriver, Barbara Kingsolver or Chimamanda Ngozi Adichie (previous winners of the award), reads a blurb such as “a novel about Africa in a wider sense: about the end of colonialism, ethnic allegiances, class and race –- and about the ways in which love can complicate all of these things”. He considers picking this book up and then remembers that the author has just won an award sponsored by a liqueur and not by a telecom company, an alternative investment company or a coffee chain. He thinks to himself: this must be a silly book just for girls and puts it down.

I think you will agree that this imaginary male reader has greater problems than Chimamanda can sort out. The fear that anything exclusively female will be held in contempt by men or self-respecting women can’t be solved by Barbara Kingsolver.  This writer in The Telegraph, for instance, frets that “One can hardly imagine Hilary Mantel knocking back dainty glasses of the stuff as she pens her third instalment of Thomas Cromwell’s adventures in the Henrician court.” Dude, I don’t know what you’ve been reading fantasising about Hilary akka’s drinking habits.

And it is this fear (and not just the love of her sponsor) that ties Mosse in knots as she responds to The Guardian interviewer: “I think Baileys is a drink men and women enjoy, in the same way men and women drink and enjoy whisky,” she said. “And the thing which is very important about Baileys is that it’s part of the Diageo group, which has a wonderful heritage of arts sponsorship, with Gordon’s Gin previously sponsoring the Turner prize, Moët the British Independent Film Awards … Baileys is part of a company which knows how to get the most out of arts sponsorship, and that’s a very important thing and a much bigger thing. Plus I don’t think there will be any self-respecting male who will not enjoy the Baileys cocktails on Wednesday night.”

So we have two levels of fear skulking in this conversation. The fear of being associated with an award exclusively for women. And also the fear of being associated with an award sponsored by a company that targets the female consumer. If by some leap of imagination the prize had managed to acquire a razor company as sponsor, Fun Female Mosse would only have had to deal with the first variety — that old, old variety — the fear of not being good enough.  Where does one begin to explain that awards for women or minorities exist not because they are not good enough to compete elsewhere but because it’s not enough to be good enough?

It’s best that we all just quietly troop over and read the last word on all this: Cynthia Ozick. After winning the 2012 Orange Prize she pointed out that “The Orange Prize, then, was not born into an innocent republic of letters.”  Innocent? Far from! The VIDA, an American women’s literary organisation, has shown with charts and numbers that a shamefully small proportion of the books reviewed in mainstream American publications are by women and how an equally miniscule proportion of the reviewers are women — from The New Yorker to Tin House to The Atlantic.

Ozick didn’t quote the VIDA numbers or tie herself in knots about being a dyed in the wool feminist accepting a segregated award. She just said:  For readers and writers, in sum, the more prizes the better, however they are structured, and philosophy be damned.

American writer AM Homes has won the 2013 prize for her sixth novel May We Be Forgiven.