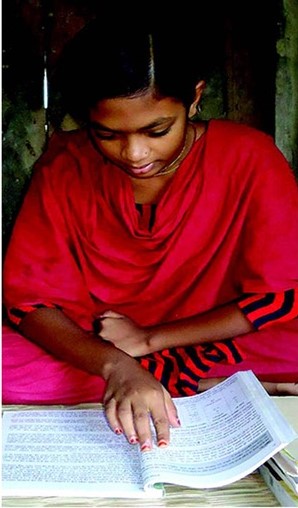 In the coming weeks, Bangladesh’s parliamentarians will be discussing a proposed legislation that seeks to create “exceptions” in the country’s existing strict laws against child marriage.

The draft bill, called the Child Marriage Restraint Act 2016, which was approved by Bangladesh’s cabinet on the 24th of November, 2017, seeks to allow child marriage in “special situations”. Prime Minister Sheikh Hasina’s earlier statements seem to indicate that these situations are those involving “accidental pregnancy”, or instances where marriage would save a girl’s honour or reputation. No lower age limit has been specified for such marriages.

Prime Minister Sheikh Hasina, who in 2014 pledged tough reforms in child marriage laws, had also promised to eradicate all child marriages by 2041. To that end, she’s been trying (unsuccessfully) to lower the legal marriage age for girls from 18 to 16 (someone please tell her that isn’t how it works) and has now come up with this draft bill. Activists have been raising their voices over the proposed legislation ever since the draft was approved by the Cabinet, and have pointed out several pertinent facts around the matter.

Child brides under any circumstances face a much higher risk of domestic abuse, loss of independence and unwanted and potentially dangerous pregnancies, and as Lakshmi Sundaram, executive director for Girls Not Brides (who’ve been leading the campaign against the law) says, “Marriage before 18 does not ensure a pregnant girl’s safety. In reality, it exposes her to the risk of sexual, physical and psychological violence.”

By the way, if all that isn’t vaanthi-worthy enough, the draft legislation, apparently aimed at solving Bangladesh’s rampant child marriage problem (could’ve fooled me) is also, according to Human Rights Watch, set to include a clause that mandates tougher penalties for child marriage — including, wait for it, 15 days imprisonment and a fine of 5000 taka (Rs 4220) imposed on the child.