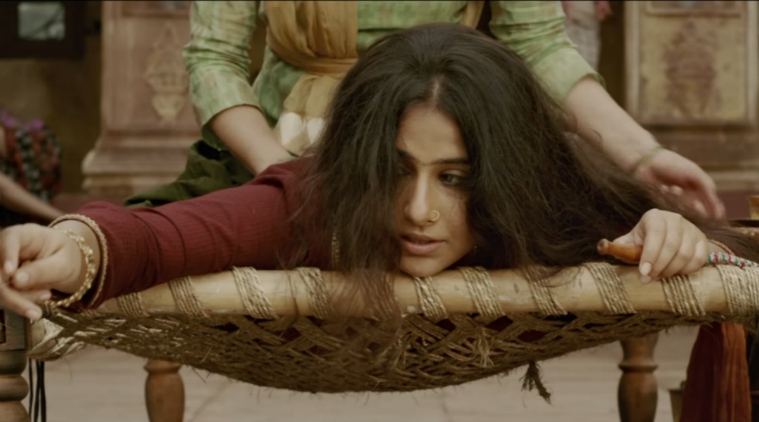 Last week, the singer and actor Janelle Monáe said something that, coming from her fabulous self, was a bit of a stinker. “Until every man is fighting for our rights, we should consider stopping having sex.” Fans and critics jumped to point out the host of problems with her sex strike idea – a similar theme was the crux of a Lysistrata-inspired 2015 film, Spike Lee’s almost unwatchable Chi-Raq – the most glaring one being expecting women to be more than game to sacrifice their sexuality for a larger cause.

The convenience with which you can offer up women’s bodies as points of resistance, without thinking twice about how such a resistance may work, is exactly the kind of shortsightedness that is so off-putting about Srijit Mukherjee’s new film Begum Jaan. A remake of his Partition period film Rajkahini (2015), it was highly anticipated for its portrayal of women sex workers at a brothel in Punjab which is owned by the eponymous Begum Jaan – a ruthless madam with a heart of gold played by Vidya Balan. Everything is running smoothly at the kotha in 1947 until representatives from the Indian National Congress and the Muslim League inform Begum that she and her girls have a month to hot-foot it out of her home, since Radcliffe’s Line of Control to divide India from Pakistan will pass through it. The women instead decide to fight to the death.

But before you even get to how Mukherjee ruins the plot’s potential by trying to do too much and ending up only skimming the surface of Partition upheavals, you have to rewind to the beginning of the movie.

It begins in the present day, with an interpretation of the December 16 gang-rape incident. Two men on a bus attack a woman. She runs for it, shielding herself from her assaulters by hiding behind an old woman who then strips slowly, to the incredulity and revulsion of the assaulters. Horrified, they flee the scene. Even if you try to ignore the massive tri-colour blowing in the background (it looks triumphant, I’m really not sure why), the scene doesn’t make sense because it relies on the grossly flawed premise that an old woman’s nudity is a terrifying deterrent for anyone intent on assault or rape.

Towards the end of the film, there’s a repetition of this incident, set in the past. A child called Laadli (Gracy Goswami), who grows up into the old woman of the present day scene (she’s wearing the same ribbons in her hair in case you miss all the other symbolism), tries to protect her mother from rape by undressing stoically. The policeman who seemed so keen on rape is horrified, humiliated and feels so repentant that he becomes a farmer. (Don’t go looking for logic, there isn’t any.) When the film ends circling back to the old-woman-as-saviour scene, you have to pause and wonder what Mukherjee was thinking.

If this is a deliberate allusion to Manto’s short story Khol Do – where a young girl’s spontaneous reaction upon seeing men is to undress because of the traumatic rapes she has witnessed – it is misplaced because it isn’t set within the context of mass violence women faced during Partition (which of course included ‘protective’ violence from men in their own families, who feared they would be abducted, sexually abused or worse). If it is a meditation on how stripping can be a powerful and accessible form of protest, as it was in the protests against AFSPA in Manipur, then why is Mukherjee so preoccupied with dividing women into the sexually desirable (the sex workers) and the undesirable (Laadli as a young girl and an old woman)?

Maybe Mukherjee hasn’t registered that the frequency of violence against both very young and very old women in India now, and also in the late 1940s, indicates that a universe of reasons, including caste and communal dynamics, are motivations for sexual assault. Or maybe those nuances just weren’t amenable for his storyline, which implies that only women of a certain age are sought after by men for sex and violence.

Balan and her crew of women certainly have lots of presence. There are lots of fun and caustic period jokes too, told by a wry-faced Balan who never stops pulling on the hookah. And although the depiction of the women in the kotha borrows freely from Shyam Benegal’s Mandi (1983), it never ventures into the pure-hearted stereotype that Kareena Kapoor plays in Chameli (2003). (Whereas in Mandi Shabana Azmi plays a brothel owner – also facing eviction – who is a formidable force to be reckoned with, Chameli rehashes the Pretty Woman dynamic where a lonely man stumbles across a sex worker who is a ray of sunshine.) It’s unlikely that Balan would have played a tepid role anyway, given her no-holds-barred admission of the fact that she adored her character’s fierce, disagreeable ‘lone soldier’ stance.

But even as the women in the brothel have an amusing range of personality traits, Laadli as both child and adult is solely meant to ooze nobility – for her willingness to give up her body to save another woman (the tri-colour congratulates her too, but this is a film that takes its overt symbolism very seriously. At one point, only half of people’s faces are shown on screen to connote the raw deal Partition is giving them).

The harping on sacrificial women doesn’t end with Laadli. There is also an amma in the brothel (Ila Arun) whose only job is to compulsively narrate the stories of braveheart legendary women of the past, including Krishna’s bhakt Meera and Laxmibai. Her hoarse recounting of Rani Padmini’s jauhar is the backdrop to a fire consuming all the women in Begum’s brothel, whose decision to self-immolate derails the plans of their lascivious would-be murderers.

If this grating symbolism tells you one thing, it is that Begum Jaan isn’t so much a testament to headstrong women fighting their ground as it is a thoroughly misguided insinuation that certain kinds of sacrifice are more powerful and honourable than others. And that the alternative – of being raped and surviving rape – is worse than death.