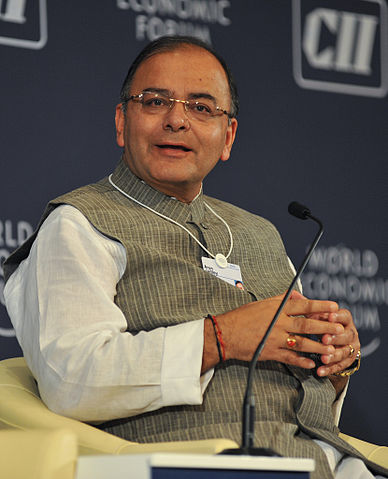 1. Y’all seen Chris Rock’s monologue on racism in Hollywood? Good. I’ll apply some of that to #gender lensing #Budget2016 because COME ON!

2. Just quickly though, its not like I LOVE picking gender holes in everything ok? It sucks. It totally is the most depressing thing I do…

3. Because, Mr. Jaitley its freaking 2016 and you can’t have COOKING GAS as the only women-friendly initiative in the #2016Budget ok? COME ON!

Surely, someone in the Finance Ministry wanted to Bechdel-proof this budget? You know:

a. Does it have at least 2 women-specific initiatives?

b. Do these initiatives focus on more than traditional women-oriented roles like cooking/child-bearing?

c. Do these initiatives stand separate from initiatives for other disadvantaged groups who have different needs from women (Dalit and Adivasi communities, People With Disabilities)?

d. Yeah I know, some stuff on women entrepreneurs – great, whatever. I’ll see some details before I cheer. #gender #Budget2016

5. So budgets lay out priorities of govt – therefore, highlighting and reinforcement is key. Take the words #startup or #swachhbharat

6. Even if actual policy is crap, you know repeated emphasis in allocations, even if small amounts, matters. This is how priority is displayed.

7. But (and this is the first problem) there is no mention of women-oriented policies in any sector except in conjunction with cooking or Dalit and Adivasi communities.
Clubbing two disadvantaged groups together can be problematic, because each is structurally kept from accessing the mainstream for different, complex reasons. As such, the same policy solution can hardly be said to address the problems unique to each group. Further, as this Scroll report suggests: Governments, whether at the Centre or in states, allocate great sums of money for welfare of Dalits and Adivasis, and then conveniently divert away funds.

8. It is as if half the voting population with its specific intersectional caste-class needs is either ignored, or lumped as one block.

These articles that reflect on the Budget 2016 in some detail have pointed out clearly that the allocation to the ministry of women and child development, the nodal agency for women, has barely budged (Livemint). In fact, as The Wire points out, “in real terms there is decline in the spending of the women and child ministry. The ICDS spending has declined even in nominal terms. The allocation for this year is 14,000 crore but last year they spent 15,394 crore. So that means that the anganwaadi system will be really very badly affected and state governments will have to spend more.” The scheme meant for implementation of the Domestic Violence Act has not received any allocation, says the Times of India. This is not to mention the Railway Budget, which has its own set of gender-failings and failures towards People With Disabilities.

10. And this is the #Budget2016 ‘s biggest FIRST problem (as above). We need the Finance Ministry of India to do an internal gender audit every year.

11. And ask itself: How can we as the government, better serve needs of women, and highlight those needs to create ‘stickiness’ in minds of ministries.

This is clearly brought out in numerous reports by the UN, which state, in one such report that: “If a budget is not gender-focused then it is gender blind: Government
policies and budgets are usually assumed to have the same effect on everyone: to serve “public interest” and the needs of the “general person”. This is not true!”

12. Over and above women-specific needs and women-friendly measures in budget, clarity on how macro-economic indicators affect women is essential.

14. In every industry in India women are paid less than men. As a result, indirect taxes affect our Purchasing Power Parity hugely. Ever thought about it?

15. Similarly, increase in jewellery import duties again affect women who hold on to it as their only asset. But why’s this analysis lost?

There’s excellent research from the Center for Budget and Governance Accountability on the gender-implications of tax policies in India, which should really be mandatory reading for the Finance Ministry, perhaps alongside, this book.

16. So as a policy change for next year, we need both item-specific, and overall fiscal specific, gender conversations. And not post-facto.

17. Because if you’re not thinking about gender-angles from Day 1 of budget prep with a blank sheet in front of you, Mr. Jaitley.

18. You’re doing the Budget wrong. Its grossly unfair to us 49% of the country whose reduced PPP isn’t even worth the HDI it stands on.

19. And the least you can do, the decent thing, is mention women more than 2 times in your speech, and 6 times in text. Thanks. #upset.

Sri Lanka, our neighbour, managed to use the word ‘women’ seven times in its 2016 budget text, with a slew of initiatives aimed at women, and young women, and positive statements acknowledging the contributions of women.

“We are fully aware of the tremendous contribution made by the women of Sri Lanka to ensure that the Sri Lanka economy is not subjected to greater adversity. As such all possible avenues have to be explored to provide maximum comfort for the mothers of the nation to continue in their positive endeavors to bolster the nation’s economy.”

20. Just to make it an even 20, mild bitch face at FICCI/CII/Assocham women-teams, what are you lobbying for? Get your act together!

FICCI – The Federation of Indian Chambers of Commerce and Industry, has a women’s wing called FICCI Flo, but it’s unclear if the wing is actively engaged in efforts to promote women’s economic and industry-based issues with the Finance Ministry. Similarly, the Assocham Ladies League and CII’s Indian Women Network are excellent platforms for such concerns to be raised. Demanding a better framework for women cannot be the rallying cry for gender activists alone. Industry bodies and economic think-tanks have much and more of a role to play. Let’s hope for more next year.

Sowmya Rao is a lawyer and public policy consultant working in Delhi. Find her on Twitter @sowmyarao_.