HomeWatchlistCinemaThese are Some of the Cool Things that Happen in D ...
November 27, 2016 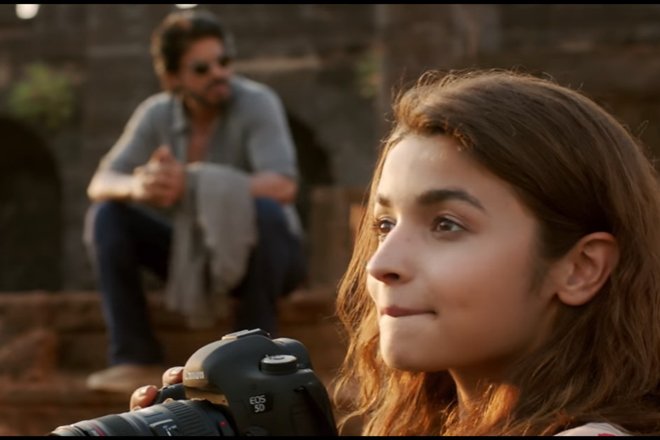 Dear Zindagi has several lines of dialogue you are unlikely to have heard often or at all in Hindi cinema before. A woman telling a man to pull up his [unsightly low-slung] pants before he goes in front of the camera. A woman telling a man, “I need to pee.” (In Bunty Aur Babli, Babli implies it when she asks Bunty to come guard the railway station loo. And in Raj Kumar Santoshi’s Lajja, Manisha Koirala learns to pee on the side of the road while drunkenly cavorting with Madhuri Dixit.) A woman announcing that she failed 2nd standard. A man saying that his former lover would never have achieved success if they had stayed together.

I was looking forward to Dear Zindagi in a vague way, aided by the memory of watching Sridevi’s kabuki mask-like, but still absorbing face in Gauri Shinde’s first film English-Vinglish. In Dear Zindagi, Alia Bhatt is also often expressionless-yet-not, prickly and grouchy to hide her wealth of feelings. At one point, when Kaira (Bhatt) hears from her friend Fatima (Ira Dubey) that her lover has gotten engaged to someone else, she bites into a green chilli and eats it with steady viciousness. You want to look away from her tiny red lips, but you can’t. She sniffs, and when her friend asks her if she is okay, she blames the chilli. Then she goes back to the studio to edit the music video she’s directing. 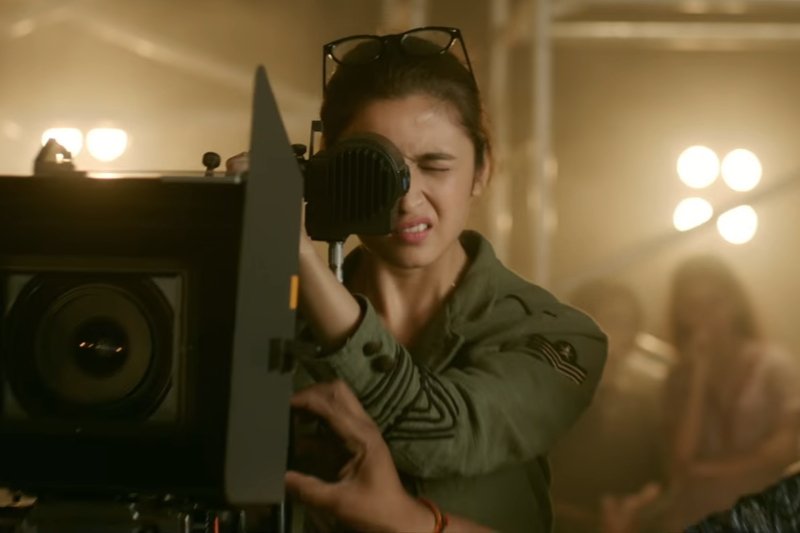 English-Vinglish was the journey of a well-adjusted, middle-aged woman who thinks well of herself. She only has to understand why the world doesn’t think well of her – just because she doesn’t speak English. In Dear Zindagi, Kaira doesn’t think well of herself, others do. She veers between fragility and irritability, and we don’t know why. We don’t quite know why she’s so mean to her parents and relatives. (That’s a lie. The relatives are so well-calibrated in their smugness that I was ready to slap them on Kaira’s behalf.) We find out what has created her brittle unhappiness, as she finds out, through her therapy sessions with cool shrink Jahangir Khan (Shah Rukh Khan).

This explicit exploration of the inner life of a young woman is fairly unprecedented in Bollywood. In Tanu Weds Manu 2, we do get a chance to see Tanu’s emotional struggles with her self-destructiveness. But the black comedy of that movie and that heroine didn’t permit the earnest pursuit of mental health. Instead, in the opening scene Tanu manages to turn marriage counselling into an opportunity to get her husband locked up in an asylum. In Queen, Rani needs the trip to Paris to recover from heartbreak and gain confidence in her own ability to navigate the world. 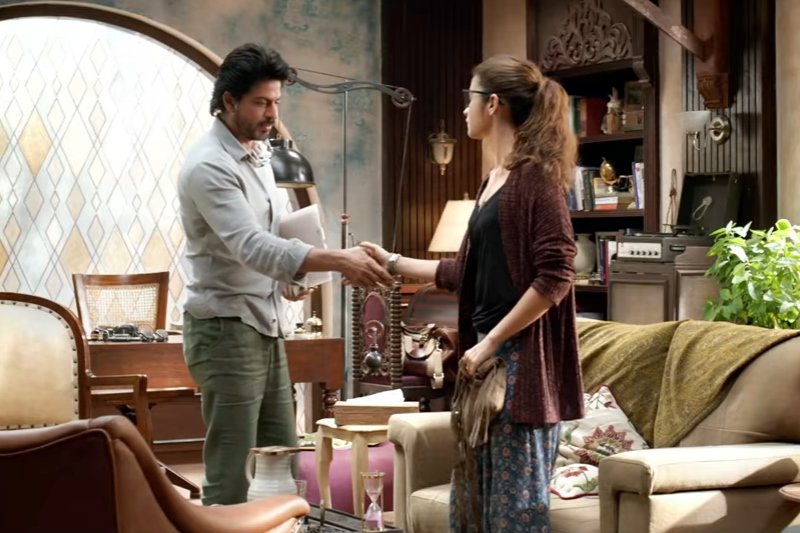 It’s soothing, therefore, to hear Khan the therapist tell Kaira that she doesn’t have to forgive her parents or confront them for abandoning her. To hear Khan tell Kiara that she is not ‘cheap’ but ‘superfine’ to not settle for the first man who comes down the pike. Kiara has literal-minded nightmares about society judging her for being unmarried and unloved (troublingly Shinde visualises this mocking society as working-class men and married middle-class women). It’s even more soothing when Khan tells Kiara that no, society – no matter how judgemental – doesn’t have to think well of her as long as she thinks well of herself. So soothing that you are tempted to ignore the outrageous wish-fulfilment that is the tailpiece of the movie.

A friend who went to Dear Zindagi with me began with pessimism, saying warily that the scenes of Kaira zooming above her sets in a cinematographer’s crane are likely to be the most empowering things about the movie. (He changed his mind.) For me, the wish-fulfilment moment was when Kaira tells the newly engaged ex-lover Raghuvendra (Kunal Kapoor) that she has decided to not work with him on his next project. Raghuvendra, dejected but trying to be a good guy, begins some spiel about what he thinks. This sets off Kaira like a bomb. She yells at him because she has already announced her decision, he wasn’t going to get a chance to now pretend it was his decision. Ah, the ridiculous, petty, total satisfaction.

Shinde’s story stays true despite any temptations that may have come along. Kaira doesn’t find herself via a romance with her ex-lover, a new lover or even in her crush on Khan. The climax is a classic emotional breakthrough about her childhood. If you have any doubts that Bhatt can act, this is the scene for you. She cries hard enough to melt a rock. This is also a scene of unintentional comedy. SRK, who should be a proud therapist, has never looked more uncomfortable than he does at this stage. He looks like he wants to say, “I hate tears, Kaira.” My formerly pessimistic friend explained, “No one told him he has to do anything but smoulder. Or maybe it’s those pants.” It’s true that the pants seem very tight, Aki Narula. It’s also true that SRK is frequently a smouldering shoulder in this movie, but he is also more. Shinde’s several on-the-nose pitches and Khan’s sussegad style makes an attractive case for therapy.

Kaira has her breakthrough and slowly makes her peace with her family. Which brings us to that fantasy tailpiece. Her long-stuck short film about a cross-dressing Portugese soldier is finally made. It is screened on the beach to an audience of her whole life. All her friends, her whole family, the man she broke up with (Angad Bedi), the man who broke up with her (Kunal Kapoor), the man who wasn’t quite right for her (a shockingly muscular Ali Zafar). They are all there, flushed with admiration, applause and goodwill for Kaira. There’s also a new man who has solid potential of being the next love interest (Aditya Roy Kapoor).

You can shake your head. I did, briefly, but for decades we’ve watched the wish-fulfilment of male directors and called it art. I, for one, am not grudging Shinde the chance to create a world in which things work out for grouchy women.