HomeCultureEverything Quotable from That Kangana Interview Ev ...
May 4, 2016 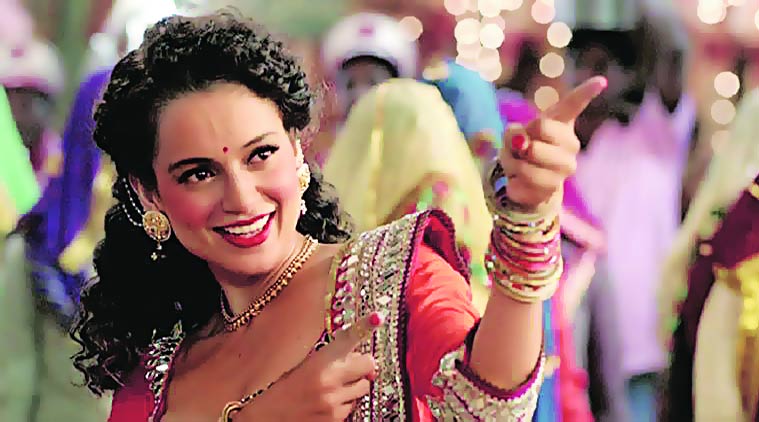 Riding high on the success of her National award win, actress Kangana Ranaut spoke to NDTV’s Barkha Dutt on a range of topics on May 3. She spoke about the recent controversy generated by her trading legal notices with actor Hrithik Roshan and addressed her ex-boyfriend Adhyayan Suman’s claims that she supposedly performed ‘black magic’ on him and physically assaulted him (we giggled at the former claim but not at the latter, folks). In the interview Ranaut demolished the claims of her detractors and spoke about her art, goals and feminism in which she said all the right stuff. This may be a well-orchestrated PR exercise, as celebrity interviews tend towards these days, but it had an expansiveness and stick-neck-out-ness that celeb interviews do not tend to.

Here is a selection of instantly quotable takes from her interview:

On being assertive and prioritising her goals:

“To be honest, if there is something that I lack or miss, I’m not aware of it. I’m very happy with myself. There are two kinds of people- people pleasers and self-pleasers. I definitely fall into the category of self-pleasers. I care about my own priorities and life more than people’s expectations of me.”

She further added, “It doesn’t upset me when you call me a whore or a bitch, but don’t call my period blood gross.”

“When they’re jealous of a woman’s success the first thing she goes on to become is a daayan, then a whore, then a slut. If she’s crazily successful, she becomes a psychopath. This is really outdated. It doesn’t upset me because I’m an artist and I’ve researched people who deal with mental illnesses. Certain sections of media suggest that to humiliate a woman you can use mental illness, it won’t work because I’ve played a schizophrenic and a bipolar patient on screen and I don’t find it humiliating.”

On claims that she was physically violent:

“I’ve never gone down so low as to hit someone. When you can kill them with your sarcasm and success, why hit someone? I’m proud of my fragile body, my soft hands and my sharp mind. I want to hit with what’s really sharp not with what’s soft.”

On the magical power of cupcakes:

“I feel cornered and targeted but there are cupcakes which we can always fall back on.”

On having no regrets:

“I feel like I’m on the right track. My journey is not from Bandra to Juhu. It’s from a remote village in Manali to where I am today, at Rashtrapati Bhavan. This is an extraordinary journey. It has to have plot points. Even fairy tales have villains.”

On being called a witch who does ‘black magic’:

“I love Shakespeare. Like any other artist, I’m smitten by witches, fairies and demons, Gods, mysticism and romanticism. It doesn’t scare me. If I was in a medieval age, I would probably be head witch.”

On objectification in Bollywood:

“We (actresses) are seen as pretty little pieces of ass. That’s quite convenient. It’s high time we reveal ourselves and our real identities. We are made into objects onscreen and off screen. Every attempt is being made to embarrass me right now and it is a credit to this society that I don’t feel embarrassed.”