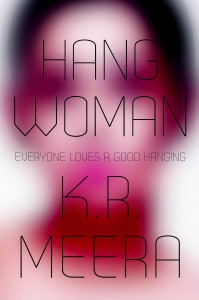 Twenty-two-year-old Chetna, the Grddha Mullick family’s youngest in a long line of hangmen, is appointed the first woman executioner in India. Finding herself suddenly in the public eye, can she carve herself a place as her ancestors have done before, as an eyewitness to history? Will she break free of her controlling father and sinister, manipulative lover? Hangwoman is a translation of the highly acclaimed 2012 Malayalam novel Aarachaar (2012) by the prodigiously talented Malayalam writer KR Meera.

The Ladies Finger is delighted to bring you this excerpt from Hangwoman, in which Chetna begins to learn from her father the intricacies of being an executioner.

I was rudely jolted awake that night by a weird nightmare in which a huge banyan tree – the one that grew in the moss-covered warehouse on Rabindra Sarani – had taken root on my head. Instead of the long locks of hair, long brown roots flowed down to my waist. Dismayed, I touched the smooth, shiny red root-tips. My fingers moved up and stopped at the tangles. Those were not roots; those were hangman’s nooses, softened and readied with soap and banana flesh and wax. I sprang up from my mat.

It was barely past five. But daylight had begun to spread outside. I told Thakuma about the nightmare when I went to serve her tea. She was terrified. A death sign, she said. Taking a fifty-paisa coin in her fist, she made a circle around my head with it and tottered down to the cremation ground. She came back with a piece of red string which had been blessed and some ash from a pyre; she marked my forehead with the ash and tied the string around my neck.

It was a tense day at home. After Father and I had returned the previous evening, the house had grown noisier than Strand Road. So, ultimately, one’s own blood counts more, Kakima had shouted. No point sending a girl to do such work, said Kaku. Thakuma lay on the coir cot in Ramu da’s room, buried in her blanket, chanting Ram-naam. Ma ran about the house, wiping her eyes and blowing her nose, busy with her chores. Contradictory feelings racked my mind; I was exhausted. Soon after I had given Ramu da his dinner, I spread my mat and lay down. When Champa and Rari came to me for English and maths lessons, I said, tomorrow; that too triggered loud complaints. Kakima started off all over again. Ramu da lay silent and still, eyes fixed on the asbestos sheet above. I wanted to simply slip into sleep, sealing my eyes and ears. But a sacrificial animal’s seemingly never-ending cries rose from Hemu da’s Kali temple. When Kakima woke up in the morning and opened the door, she found droplets of blood splattered all over the doorstep. An evil omen, she screamed. Father, who came out hearing the commotion, laughed away her fears. No better omen for the hangman than blood, he asserted. He turned scornfully towards Kaku who recoiled with fear at the sight of blood.

‘Dumb sucker who can’t kill even a fowl by himself! Hey, you have to see, I’ve just sacrificed my daughter for your sake . . .’ Father dug up the previous day’s quarrel.

‘Oh, you needn’t have bothered so much about me, Dada. Chetna is a woman, she must get married and settle down to family life . . . don’t forget,’ reminded Kaku in a dejected tone.

‘Just wait and see, she’ll be swept off her feet by suitors.’ Father laughed.

‘Heard that the fellow who came here has proposed. Is that true?’ asked Kakima, coming out.

‘Uh-uh . . . he did . . . but we haven’t decided anything. Is she an ordinary woman now? It’s the first time in the whole world that a woman’s been appointed an executioner. She is a symbol of strength and self-respect to the whole world now . . . don’t forget that. Chetu, get ready quickly, we have to go out.’

I had no idea where we had to go; there was no way of guessing either. All I knew was that we had to go to the TV channel from 1 June onwards. Doesn’t Sanjeev Kumar Mitra own all my mobility until the date of the execution, I wanted to ask Father. When he combed his hair, smoothed his moustache and began to hurry me up at eleven o’clock, I braided my hair and wore my only good pair of clothes – a violet salwar kameez. It was rush hour in bus no. 62. A tongue of flame rose and singed my insides as the red walls of Alipore came into view. Not daring to ask Father why we were there again, I glanced at him. Shouldn’t we tell Sanjeev Kumar Mitra? Shouldn’t we?

As if he had read my mind, Father mused: ‘He is smart, and has been helpful to us too . . . but sometimes you can’t take journalists into confidence.’

I stared, unable to grasp what he was getting at. ‘You have been appointed to a job by the government. The government is now your master. You shouldn’t feel greater gratitude towards anyone else.’

Father didn’t say anything more until we walked through the gate of the jail. As I waited outside Sibdev babu’s office, Father came out with a policeman. I followed them blindly. This time, they turned left after we crossed the second gate. I couldn’t even guess where they were headed.

‘Look there . . . those are the cells of the condemned,’ said Father.

My eyes opened wide as I looked where he was pointing. Three little barred cells in a row. Inside each, the yellow glow of a bulb. The light blinded me, so I could hardly see who was inside. Later, whenever I thought of those barred doors, all I could remember was that blinding yellow light. We had reached a place that looked like a martyrs’ pavilion. A piece of wood rose to the sky like a flagstaff mounted upon a raised platform. Father whispered, ‘Phansi kaath . . .’

The gallows! I looked up, feeling something tug hard inside me. The ancient black rosewood caught my eye first. It looked like a headless man lost in the rigours of some penance, long right leg rooted firmly on the ground, short left leg bent and planted on the right. Here, this is the hook on which you tie the rope . . . this is the pulley for the rope . . . the noose should be here—Father was giving me lessons. I stood below the hook and looked up. At that moment, an invisible bird flew in through my left breast and began to beat its wings inside my body. The sound of beating wings rang clear and loud in my breast. Its sharp beak and talons bruised me from inside and I began to bleed from within.

‘Here, this is the lever . . .’ Father said. I went close slowly and touched it. I stared at it through hazy eyes. The iron rod which had borne the touch of my ancestors for many, many centuries. They had made sure that their mission continued through centuries – whenever one retired and proceeded towards death, he would dedicate to the world another soul who would continue to carry out justice. And here I was, finally, deputed to continue that mission. And what a mission, I sorrowed. A completely meaningless one. I caressed the lever. Then tried to raise it with a single pull. But it didn’t budge; it was so rusty. Father too tried but it didn’t move. We need oil, Babu, it is all rusty, Father complained to the policeman. I’ll get it now, said the policeman. He and Father came down from the platform and made their way back to the veranda

I was left alone with the gallows tree. Under the grey sky in the dim light, it looked like an incomplete sculpture. The lime plaster on the veranda behind it had begun to peel. When it struck me that some part of me had reached here after travelling through the ages, I felt strangely tranquil. This, maybe, is our lineage’s ocean. It is this ocean that we seek, rushing towards it like the drops of water that flow in the Ganga. The hangman’s job can’t be a mechanical, bureaucratic government assignment, I felt. No female-born human can pull this lever without waging a war against herself and winning it. I sensed that someone was standing behind me and turned sharply to see Father there. A smile dawned slowly on his face.

‘I was scared to bring you here along with the others yesterday,’ he said. ‘If you had taken fright in front of all the others, it would have been a blow for us. I am relieved now. Chetu, you are a brave girl, really.’

I lowered my head and remained silent. I alone knew that it was not a matter of courage; it was more of helplessness. This was my last refuge, this gallows tree.

Father looked around, wiping the sweat with his gamchha.

‘Here, see this? This floor is so many years old. Look, there used to be a wall here . . . Dadu’s calculations were still on it. In the old days, there used to be another door here. The sahibs used to watch the execution from there . . . Look, it is here that the DGP, the superintendent and the magistrate stand. Once the condemned man is brought in, and we make him wear a hood that covers his whole head and tie his hands, the magistrate will drop a red kerchief . . . that’s the sign . . . the lever must be pulled then . . .’

I stared at Father, unable to utter a word.

‘Presence of mind is the quality that a hangman cannot do without . . . don’t think of anything else. Forget everything. See only the lever and the red kerchief. Dedicate your intelligence and your intellect to it.’

Father let out a sigh.

‘All we do is carry out justice. Take, for example, Jatindranath whom we will soon punish. Remember the little girl he murdered. She was on her way to the medical shop, to get medicines for her mother. She must have cried and pleaded with him . . . but he did not listen to her. In that moment, he was terribly evil. It is the job of the government to find a way to heal that. We are sent to confiscate the life of the doer of injustice. It is our duty, our karma, the fruit of our deeds . . .’

Father raised an ardent gaze towards the ancient gallows tree and was quiet for a few moments.

‘A clicking sound will be all that you hear when the noose tightens. That’s the sound of the bones in the neck breaking. With this, the nerves that connect the body to the brain are cut, and the hanged man loses consciousness. If there is even a tiny flaw, for that single moment, his nails will grow longer. They will tear at the flesh. He will pass urine and stools and the rest . . .’ 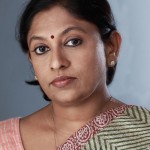 About the Author:  KR Meera has won some of the most prestigious prizes for Malayalam literature including the Kerala Sahitya Akademi Award and the Odakkuzhal Award.

About the Translator: J Devika has translated important contemporary writers like Sarah Joseph and Nalini Jameela, besides KR Meera.