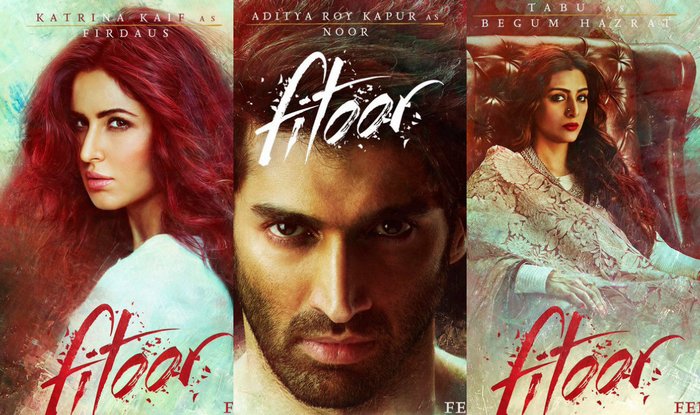 We know that despite the genteel images that we see of Victorian women in illustrations and paintings, the late 19th century was not a good time to be a woman. A cursory glance at what happens to the ladies in Charles Dickens’s Great Expectations is proof of this. One woman is beaten within an edge of her life, another catches fire, the heroine is a victim of domestic abuse and the one female firebrand is humiliated into submission. Fun, fun, fun. And yet, in the way Dickens breaks their wills and their bones, there is an unmistakable glimmer of rage against the conservative, patriarchal machine. The women don’t emerge victorious in Great Expectations, but in their defeat lies a furious lament that is in many ways more memorable and powerful than happy endings.

In contrast, their 21st century avatars in Abhishek Kapoor’s Fitoor appear to be better off, which is what you’d expect given we’ve had 155 years of progress and a few waves of feminism since Dickens wrote his novel. Miss Havisham is transformed into Begum (Tabu), an opulently-dressed, hookah-puffing aristocrat who is rich and domineering. No tattered wedding gown and cobwebs for our Begum. She wears diamonds, lavishly-embroidered outfits, and lipstick that draws attention the elegant lines of her lips as she utters poetic, Urdu-inflected dialogues. She lashes out at anyone who tries to tell her what to do with her wealth and property. She commands the attention of everyone from a lowly village carpenter to a powerful, Pakistani politician. She radiates majesty, even if it is of the withering variety. 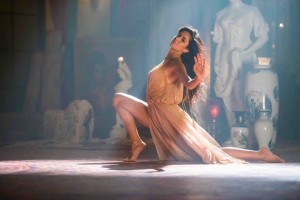 Then there’s Firdaus (Katrina Kaif), the Indian version of Estella. A graduate of London School of Design and smoker of thin cigarettes, Firdaus seems to be the quintessential modern, Indian woman. She wears plunging necklines with elegant ease, takes the Metro home after a night of 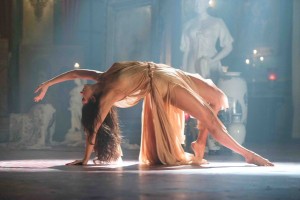 partying, has sex outside marriage and knows how to cut a clingy lover down to size. (At least she does on paper. Kaif’s performance doesn’t quite live up to that potential, but that’s a separate problem.)

And yet, despite all this superficial dazzle, these women are hollow moulds of modern femininity that crack and crumble too easily and too soon in Fitoor. Begum quickly comes across as brittle, rather than strong. She is informed by one fact alone: she was abandoned by her lover when she was pregnant. Bizarrely, this makes Begum insist Firdaus get married so that Firdaus doesn’t suffer a similar fate. Miss Havisham, on the other hand, moulded Estella to become a weapon to break men’s hearts. Estella the femme fatale was Miss Havisham’s revenge upon her fiancé for having made her suffer and men in general who would seek to contain and control women’s fates. Begum, on the other hand, would rather Firdaus submit to a man in order to be secure and respectable.

Tabu’s performance gives Begum a little glint of fire now and then, but Fitoor doesn’t have the courage to create a truly twisted grand dame. We never see her pulling Firdaus’s puppet strings the way we see Miss Havisham do with Estella, for instance. Neither do we see her leading the hero Noor on and fill his head with delusions. When Begum finally does break down, it’s horribly jarring because the film has no understanding of how nuanced and complex madness is. Without reason or precedence, Begum begins to hallucinate and mistake Noor for her lover and her father. She shrieks and is reduced to near-incoherence, before dying as a mangled mess of a woman. While Miss Havisham was also shaped by her heartbreak, she mined that grief to create a persona that had an obsidian hardness to it. She isn’t a pleasant woman and her cruelty has surgical precision, but there’s no doubting her power.

Firdaus’s character is even more disappointing than Begum’s. Unlike Estella, we don’t really see her being schooled by Miss Havisham’s cruelty. Instead, she’s a pampered brat. Once she’s older, we see her in a business suit and in front of a Macbook, which suggests she has some sort of a job and career. At one point, she vaguely waves her hand to indicate a place that may be a home or a restaurant or a movie set, and asks, “How do you like my work?” Which means she’s the architect? Or is she the interior designer? Or the person who fitted the countless bulbs in the room? Whatever she may be professionally, the point is that Firdaus is independent-spirited. So why does she submit to Begum’s will and accept a marriage to a man that she doesn’t want to marry? For some reason, seeing photos of Begum and her jilted lover give her the gumption to break her engagement. And so she runs out of the arms of one man she doesn’t really know and rushes into those of another man she knows even less. One would threaten her with physical violence; the other would stare at her creepily, get drunk and make a scene. Fantastic.

Begum, Firdaus and Noor (Aditya Roy Kapur) all live in cocoons woven out of their intensely personal heartbreaks and pain. They don’t really belong to our times (or any time, for that matter). They’re not informed by what’s happening in the India of the 2000s. They’re just character traits that have been picked out of Great Expectations and dressed in six packs, straightened hair and other accoutrements. Unlike Dickens’s Miss Havisham, Estella and Pip, they’re isolated from the conversations that inform their times — all because those adapting Great Expectations didn’t realise that the pulse of the characters in Dickens’s novel (particularly the women) beat in the debates that were taking place in his time. 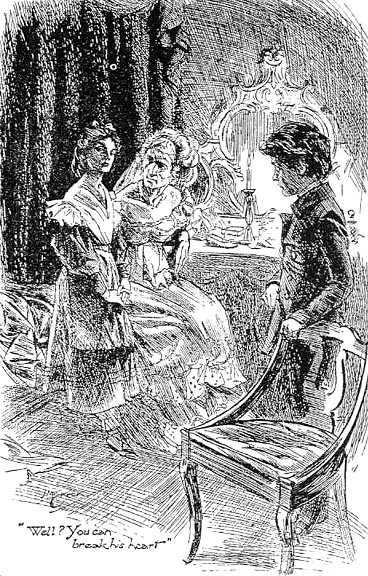 Great Expectations appeared in serialised form between 1860 and 1861 and there’s one characteristic that this period shares with our present. In those years, there were debates raging across England about the rights of women and the need to reform laws in a manner that gave women basic civil and legal rights. In 1856, the Married Women’s Property Act, which allowed women to be the legal owners of any money they earned and property they inherited, was introduced to Parliament. It would pass into law only in 1870. Until 1858, when England saw the first divorce law with some reform, a married woman had no way out of a marriage. Once she gave up singlehood, she practically had no civil rights. She had no control over her earnings and property. She had no right to choose where she lived. She didn’t even have the right to sign papers. A married woman was effectively dead to the law. Dickens was an editor and journalist in addition to being an author and a horrible husband. There’s no way he didn’t know what it meant to be married in Victorian England.

Even though he treated his wife callously, there lurks in Dickens’s writing a subtle sensitivity to the helplessness of women in Victorian society. One indication of this is that Dickens makes Pip suffer — albeit with less viciousness — all the trauma that the women in Great Expectations do. Like Mrs. Joe, Pip is beaten. While trying to save Miss Havisham from the fire, Pip is burnt and his arm is disfigured. Mirroring how Stella loses her sense of identity because of her childhood with Miss Havisham, Pip falls ill and into delirium at one point. He is a man and he is the hero, but Pip is shaped by the women around him and their experiences. He’s also characterised by vulnerability, which was considered a feminine trait in Victorian England as was forbearance. It was also considered the critical element of a marriage, which essentially reduced women to chattel in the eyes of the law.

Strengthened by reform, the divorce law of 1858 made it possible for women to get a divorce, but only if a wife could prove evidence of extreme violence by her husband; the sort that would result in loss of life, limb or health. Here’s a snippet from the law:

“Mere austerity of temper, petulance of manners, rudeness of language, a want of civil attention and accomodations, even occasional sallies of passion, if they do not threaten bodily harm, do not amount to legal cruelty. … Under such misconduct…the suffering party must bear in some degree the consequence of an injudicious connection; must subdue by decent resistance or by prudent conciliation; and if this cannot be done, both must suffer in silence.”

This is the society and mentality against which the cruel, aggressive and heartless women and mothers of Great Expectations are reacting. These are the conventions, with their expectations of oppressive domesticity, that Miss Havisham attacks, imprisoned as she is in the stigma of being the rejected bride. This is the law that Estella has to appeal to when she is eventually separated from her abusive husband.

While Fitoor‘s Firdaus is just a spoilt little rich kid, Estella is a fascinatingly complex character and the only woman in Great Expectations who is able to travel freely outside the home and hearth to some extent. She’s an abandoned baby and daughter of the wild and fiery Molly (who we are told has wrists stronger than those of most men and may be a murderer). Estella was saved because she was a pretty baby and her spirit is snuffed out just as her beauty is cultivated like an asset. She grows up, manipulated and emotionally abused by Miss Havisham. Violence and domination are normal to her and her only way out of Miss Havisham’s clutches is to get married. Like many victims, it takes time for her to break the circle of violence that she considers natural. Rejecting the weak and sensitive Pip, Estella picks as her husband a strong, conventionally masculine man — one who will abuse her so badly that she can prove legal cruelty in a court of law and be separated.

The woman who survives all this is the one we hear at the end of Great Expectations, when she tells Pip, “I have been bent and broken, but — I hope — into a better shape.” It’s telling perhaps that the novel doesn’t end with Pip and Estella getting married. It’s an ambiguous ending, with the two holding hands and walking on a garden that now Estella owns.

Compare that to Firdaus running in a floaty white outfit, tears running down her face, gazing gratefully into Noor’s eyes as he wraps a shawl around her at the end of Fitoor.

Our laws in India today don’t dehumanise women to the extent that Victorian England did, but we’re having similar conversations, which is why it’s a curious coincidence that this is the time when Bollywood chose to make and release an adaptation of Great Expectations in Fitoor. Unfortunately, Fitoor doesn’t really care about what’s happening in Indian society or the changes that are being negotiated. Its only interest is in peddling a pretty fantasy that doesn’t care for details like logic and emotional intelligence. And so it is that the women Dickens created 155 years ago still speak more intimately to us today than the 21st century heroines of Fitoor.

Deepanjana Pal dreams of being a “secret feminist agent”, but having missed the boat as far as secrecy goes, she has resigned herself to being a writer and a journalist.

22 Responses to “Is it Weird that a Dickens Novel Speaks More Intimately to Women than Fitoor?”