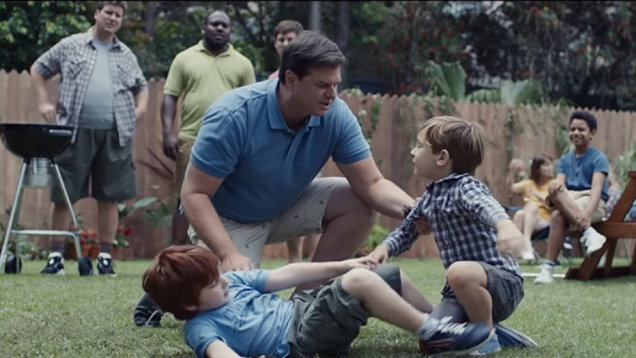 This week, the grooming brand Gillette unveiled a new campaign targeting masculinity and got ready to take the requisite hate from some quarters. The video has already hit 1.6 crore views and has over 2.3 lakh comments underneath. More intriguingly, so far almost 7.8 lakh people have downvoted it compared to only 3.8 lakh upvotes.

The ad film We Believe: The Best Men Can Be twists Gillette’s iconic tagline “The best a man can get” into “The best men can be”, and begins by asking: “Bullying, the MeToo movement against sexual harassment, toxic masculinity—is this the best a man can get?” It shows scenes of bullying, misogyny on TV and at work, simulated news clips of reporting on #MeToo, and takes on male tropes like “boys will be boys”. There is also footage of American football player and actor Terry Crews testifying to the US Congress that men need to hold other men accountable.

The brand has received a lot of abuse online, and some praise. Right-winger and fringe groups have been driving this online fury, including calls for boycotts from the likes of A Voice for Men (a “male supremacy” organization) and entertainment stars like Piers Morgan and James Woods. Morgan tweeted: “Let’s be clear: @gillette now wants every man to take one of their razors & cut off his testicles”, while Woods thought the ad is “jumping on the ‘men are horrible’ campaign”.

Some complained how MeToo has been “co-opted by the male-dominated capitalist machine”, while others were even offended by the video being directed by a woman. The conservative Canadian broadcaster Ezra Levant wrote: “A shaving ad written by pink-haired feminist scolds is about as effective as a tampon ad written by middle aged men…Count this 30-year customer out.” Some on social media shared photos of their razors thrown into the toilet. The comments on YouTube are even more hysterical, in the vein of “yes let boys be boys!” to “we don’t need boys to protect us!” and, of course, NotAllMen.

Meanwhile, Gillette is doing its best to control the damage. The company’s North America Brand Director Pankaj Bhalla has rather disingenuously claimed that “the ad is not about toxic masculinity. It is about men taking more action every day to set the best example for the next generation”— choosing to focus only on the film’s second half. Bhalla has also reported that the campaign originated with focus groups where the company repeatedly heard men saying, “I know I’m not a bad guy. I’m not that person. I know that, but what I don’t know is how can I be the best version of ourselves?” The brand has pledged $1 million a year for three years to non-profits that support positive male role models, including the Boys and Girls Club of America.

In truth, of course the film depicts some toxic male behaviour. It also, to be fair, makes the distinction that only some men behave in these noxious ways. About midway, the voiceover says, “Some [men] already are [saying the right thing, acting the right way] in ways big and small.”

And it actually has very little to do with MeToo, since it doesn’t ever mention women’s courage and risk that are at the heart of the movement. Rather, it arrives at some solidarity from an angle, asking men to become part of the conversation and not leave it only to women to educate or reprimand other men’s bad behaviour. As for the handwringing question, “Is nothing sacred?” Won’t brands leave MeToo alone? No, they won’t.

And maybe they shouldn’t. Commercialising a movement in the corporate world’s particularly bland and feel-good way helps us accept it as the new normal, and is a good litmus test for what is becoming mainstream culture. It also forces those (mostly men) who still oppose a movement like MeToo to raise their hands openly. Brands ultimately want to make money, and their messages are carefully planned after much research. Gillette’s research tells it that this message, while infuriating some, will help bring younger people into its fold and have an overall wide appeal.

Also, it’s important to note that Gillette is only following its peers in this space. Other shaving brands have taken an even more direct approach to busting misogynist or restrictive gender norms, such as the Billie razor ad that claims to be the first women’s razor brand to show hair in an ad—and celebrate women’s body hair “wherever it is or isn’t”. Or take shaving brand Harry’s ad film A Man Like You with the tagline “The truth is, there’s no one way to be a man.”

New research supports this cultural direction. Just last week, the American Psychological Association (APA) issued new Guidelines for the Psychological Practice with Boys and Men, which conclude that “toxic masculinity” is actually harmful to the mental and physical health of males. Ultimately, the recent firestorms of anger at the APA and Gillette have stemmed from the same confusion—assuming that toxic masculinity denotes all masculinity. The APA’s Chief of Professional Practice Jared Skillings seems to echo Gillette’s Bhalla when he says, “Under no circumstances is the APA trying to say that masculinity itself, or men themselves, are problematic. In fact, our position is that men have a number of strengths that have a very important role, not just fatherhood, but a number of very important roles in society.”

Bhalla blusters that their ad film wouldn’t have been possible in earlier times. “The insight that ‘I am not the bad guy but I don’t know how to be a great guy,’ that insight wouldn’t have come 10 years ago, because this wasn’t in our ether,” he says. “It wasn’t in our society at the time.”

But once you get past the conflation of all bad male behaviour with all men, you find that Gillette’s ad’s risk threshold is actually rather low (unlike MeToo and other social movements). It really isn’t asking that much from us, is it? Turns out, Gillette’s “best” version of men are “great” guys who don’t assault others, don’t demean women, and are not generally indecent.

So “is this the best a man can get?” Well, this is where we are in 2019—just trying to clamber up the low-but-exposed bar of Decent Dude.