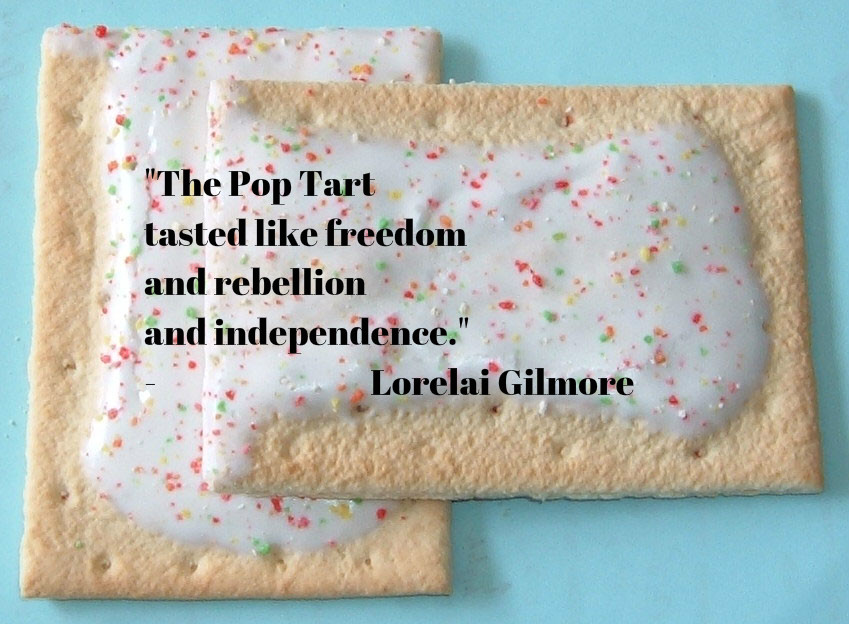 In the 1986 film, Chameli Ki Shaadi, Chameli (played by Amrita Singh) is locked in her room for days because she has fallen in love with Charandas (Anil Kapoor). Her mother is against their inter-caste relationship and blames Chameli’s fascination with filmi gaane for the impending doom that is love. So Chameli is locked in a room and her beloved radio taken away.

My mother did something similar with me when I was 16. She’d just found out about my love affair with a boy in class. Angrily, she told me to call it off. I didn’t, so for days on end, there’d be fights at home. Then she removed the cable connection every time Gilmore Girls came on Zee Café and refused to plug it back for an hour. I could do nothing but sulk.

And then there was this time when I fell sick and she dragged me to the clinic for various tests. When the reports were delivered to my house, my father was upset. These tests are not meant for you, he screamed. I don’t know if he ever asked my mother about it. I was clueless and didn’t broach the matter further. Years later, my cousin told me my mother had read about Gilmore Girls in the papers and was terrified that I’d get pregnant and leave home; so she took me for a pregnancy test just in case.

I suspect Gilmore Girls meant more to my mother than it will ever mean to me. It’s what resurrected her biggest fear in life – that I’d leave her and run away one day. The anxiety-ridden myth in my family has been that girls who watch Hindi movies, especially Shah Rukh Khan films, elope one day. And so we weren’t allowed anywhere near Dil Toh Pagal Hai because my cousin apparently watched it, fell in love with some guy, and ran away.

But my mother has always been more afraid of Gilmore Girls than Shah Rukh Khan for several reasons. My 11-year-old brother once ran around the house calling himself “sex man”. We were confused but I didn’t worry because I assumed he learnt it from his friends. But once again, my mother, spooked by this precocious display, promptly banned all American television shows.

In any case, I managed to catch only a few episodes of Gilmore Girls when I could risk it and that too in full secrecy and low volume. I gathered that it was the story of a 32-year-old single mother who’d gotten pregnant at 16 and run away from home to raise the baby all by herself. I learnt that Lorelai and Rory, mother and daughter, had a different equation: they were best friends and Rory could freely talk to her mother about her first kiss, among other things. 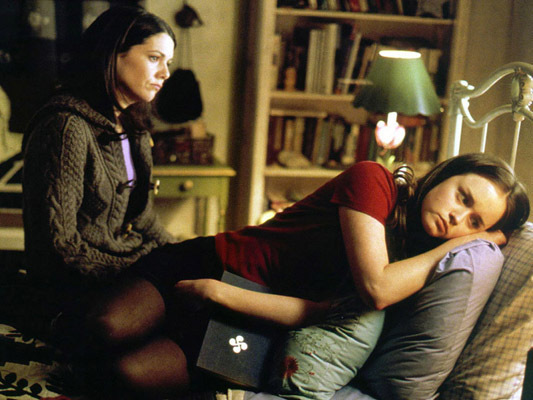 I was a little lost though, because I could never imagine my mother and I like that but it only made me watch the show with bitter longing. Another problem that I couldn’t do anything about was the fast-paced ripostes that characters in the show flung at each other. There were a zillion references and, living in Basavanagudi, they all went over my head.

I only realised what Lorelai was referring to when she named her dog Paul Anka when I watched the series again and found out he was a singing prodigy of a certain vintage. Also, at the time, my knowledge in anything other than Bollywood was zero. On our last day in school, after Class 10, we were passing around slam books. Who is your favourite singer, was one question. Henry K., I scribbled. My friend grabbed me later to ask who this dude was. I only had to remind her that it was the same man she’d made me listen to over and over again. Enrique! She screamed. Not Henry K.

It was around this time that Gangappa came into my life. He has never quite left. He was a relative’s relative whom I had never seen before. One day he showed up at home and asked for my hand in marriage. My parents were thrilled, my mother ecstatic. But like decent folk, they asked for “some more time”. Within the next few weeks, Gangappa had taken over my home. My parents and their siblings read out his qualifications loudly at random intervals; the fact that both his parents were dead exhilarated them so they caught me unawares at various points to tell me that I’d be the luckiest wife in the world. Then came the blackmail. This is the last thing we will ask of you. You can do your degree abroad. We will be old in 25 years. So what if he is 30, isn’t he smart?

I packed my bag and kept it ready, even as my cousins laughed at various scenarios, each involving my Transport Commissioner father mobilising the Karnataka Transport Department to track me down. As for me, I thought only of the little balcony in Lorelai’s bedroom – the one where her daughter was conceived and from where she jumped and escaped her fate many times over.

Months later, Gangappa came back to hand over an invitation to his wedding. The house was in mourning for weeks. My grandmother’s lament was that he looked like Chiranjeevi and was now marrying someone else.

After the internet arrived at home and mother had given up on me, I downloaded all seven seasons of Gilmore Girls with subtitles and devoured them. I was 22 and understood that even in a world where one can talk to one’s mother about losing one’s virginity, there could still be problems. Lorelai and Rory fought the way other mothers and daughters did.

I discovered an admiration for Emily Gilmore, the woman I detested when I was 16. She struggles and suffers more than any other character in the show and I learnt to watch her closely in her most private and vulnerable moments. Not many TV shows give its women villains a chance to be seen differently, humanely. “Why can’t we be like you and Rory?” she asks Lorelai one day. 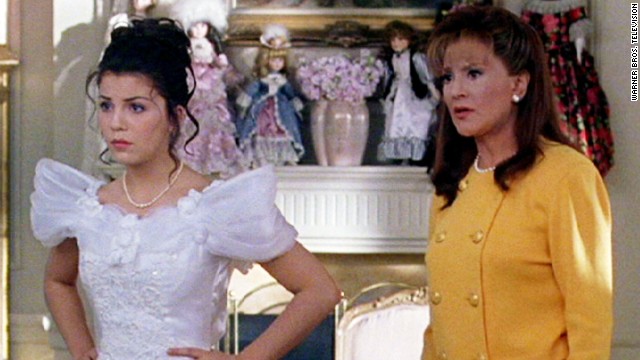 My favourite Gilmore episode is easy to pick because it’s the only one that shows the 16-year-old Lorelai along with the thirty-something Lorelai. The younger Lorelai is in labour and filling in a hospital form all by herself. In the next scene, fast-forwarded 16 years later, is the older Lorelai walking out of a hospital elevator to help the father of her child assist the birth of his other child from another woman. In the flashback, young Lorelai leaves a letter for her parents on the dining table, announcing that she’s leaving them to start a new life with her baby. This is an episode I go back to again and again. My aspirations to leave home and become independent relied/rely strongly on watching women in films and TV shows do the same.

I wasn’t afraid before watching the revival. I certainly wasn’t prepared for the range of emotions it was going to slap me with. In the revival, Lorelai is watching a woman sing and is slowly breaking down. After Richard’s passing, too many things have happened. She has fought with Emily. She has fought with Rory because the latter wants to write a book about them, and she is unclear about where she stands with Luke. After the song, she decides to take off on a journey into the woods.

Rory suspects she’s going to be a one-hit-New Yorker-piece-wonder and drifts into other jobs before deciding to sit at her grandfather’s desk to write her first novel. It is about their story – hers, her mother’s and her grandmother’s – the Gilmore Girls. I never expected them to look at their lives closely and when Rory starts doing it, something breaks inside me. It had never occurred to me that one day she’d realise how special they are and when she takes an interest in her mother’s past, she and I feel the way I did when I first watched the flashback episode. 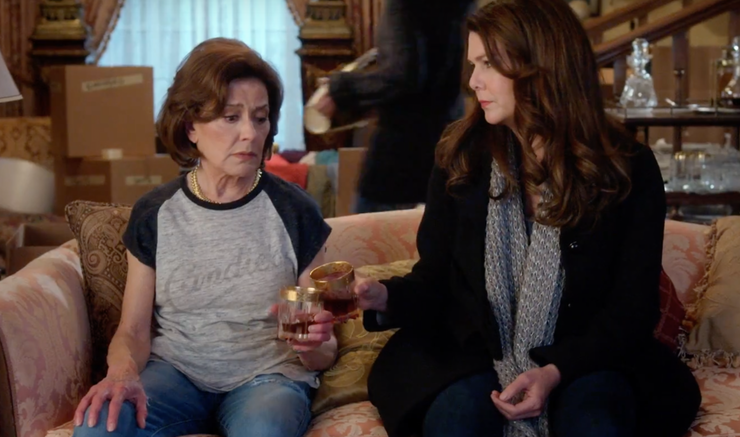 Emily discovers the space to breathe and finds herself outside of her marriage to Richard. She sells the house where she’s lived half her life, sulks, and doesn’t observe proper decorum during the DAR (Daughters of the American Revolution) meeting. She then walks out, calling them all out on their pretentiousness. My only regret here is that Lorelai wasn’t there to see this. I think I’d have enjoyed watching Lorelai more than she’d have enjoyed watching her mother.

Lorelai Gilmore taught me everything I know today about rebellion and freedom. She taught me how to say back off to people I dislike, and when to say back off to those I like. I am 28 now and two months ago, my father chucked a remote control at me for wearing shorts. We fought and I left home the next minute, heading to my workplace, which is the only reminder of my independence when I am home on a Sunday. The mark the remote control left on my thigh was slowly disappearing but I didn’t want it to. I rubbed again and again until the pain came back, until I was sure that the mark wouldn’t leave.

My mother is still terribly afraid of Gilmore Girls. She fought with my father that night and threatened to leave if he ever threw things at me again. It’s a twisted extension of blackmail but that goes both ways. I couldn’t help wondering if ultimately a certain kind of relationship can only survive and sustain on blackmail and we get so used to its nature that we miss it and go looking for it when it isn’t there anymore.