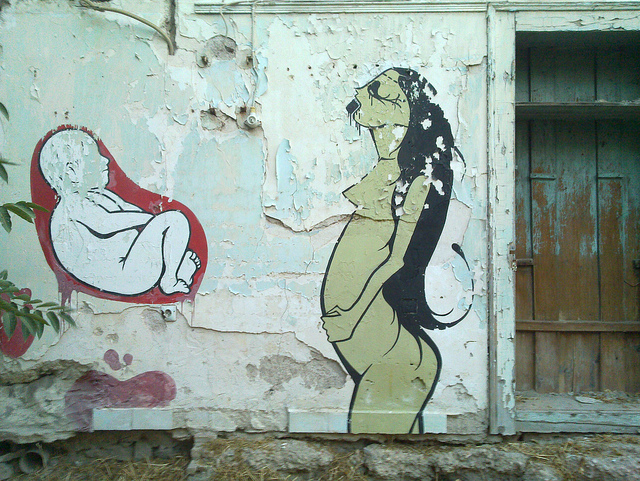 These were two of the reactions to my reluctant disclosure to three important people in my life that I had a miscarriage a few days ago.

I am not married, and I am in my 30s. I live on my own in a metropolitan city in India. The pregnancy was not planned, but then again, from what I know of my married friends, most pregnancies are not. It was a possibility, which is why I had taken the morning-after pill (albeit more than a morning later), because for the life of me I could not find the damn pill in any pharmacy and had to finally settle for an obviously reverse-engineered doppelgänger, sourced from a pharmacist who callously nudged it towards me. I had a feeling that it wouldn’t work. I was right.

I had exactly two days to take in the fact that I was pregnant. I recognized I was pregnant since I’d been pregnant before, but had had to terminate it that time. At the fag end of a doomed marriage, I hadn’t been in a place to continue that first pregnancy. After the positive test, my doctor had told me to wait a week before I took the two pills, and I had taken them at six weeks – one to ‘kill’ the foetus, one to force my uterus to contract and expel it.

I’d noticed the changes in my body over that brief period, and I saw them this time as well.

Knowing I was pregnant changed things for me. Granted that I had taken a pill to avoid this situation. But it’s different from taking an abortion pill. I didn’t actively want the pregnancy; we had both been a little drunk and forgot to pull out. But to say that I didn’t want it under any circumstances was not correct. I actually wonder whether I took the morning-after pill out of a sense of obligation – as an unmarried woman, can I actually want to get pregnant? In any case, now I knew I was pregnant, and I was pleased. I hadn’t discussed it with my partner, who had been away for a while. But I was happy.

Two days later, I felt slightly dizzy and mild discomfort and knew what was happening. I also knew that there was nothing I could do to stop it. I was in office. I asked a co-worker to go buy me some sanitary napkins. I told her that I thought I was having a miscarriage. I saw her expression change from genuine sorrow to confusion – a transition that would have made for an excellent GIF, in retrospect.

The reactions of the three people I took into confidence were in stark contrast to the outpouring of grief I see for my married friends who report their miscarriages. Theirs is not a hesitating stutter of revelation, like mine. They post their grief on Facebook, and get encouraging messages of support and crying emojis. They are celebrated for their resilience.

I had to inform my partner on sms because I couldn’t bear to be overheard, and I knew I wouldn’t be able to say the words without bursting into tears. He was stuck in a hotel room in another city, on a work project he couldn’t tear away from till the weekend. “My girlfriend had a miscarriage and I have to go be with her,” makes him sound more irresponsible than considerate in the eyes of his Company. We’ve been avoiding the subject on WhatsApp since then. I don’t even have the luxury of finding out how he feels about it. One certificate would have changed all that, but it’s not something that we want either. The result: our grief is ours alone, to be dealt with separately.

The “Congratulations?” was the third response, from a friend who I was supposed to go on holiday with. I called and told him why I wasn’t going to be up to the travel. I get that he didn’t know what to say, but that he, as well as the others, swung in favour of the positive reaction was very telling. Surely there must be married women who feel relief at the natural termination of an unwanted pregnancy. I’m pretty sure no one considers felicitating them so openly.

I’m clearly not anti-abortion, by any means. But all I want to say is this: when a woman tells you that she has had a spontaneous abortion, a miscarriage, whatever – don’t congratulate her. Don’t say anything at all. Nothing you say can take away the violence her body has undergone in this very painful process, irrespective of whether it was something she chose or not. So just offer your empathy and spare her from associating the desirability of the situation due to her marital status. That’s her business, not yours.

The name of the writer has been changed at her request.

5 Responses to “I Was Pregnant. As An Unmarried Woman, Was I Not Allowed To Feel Happy?”