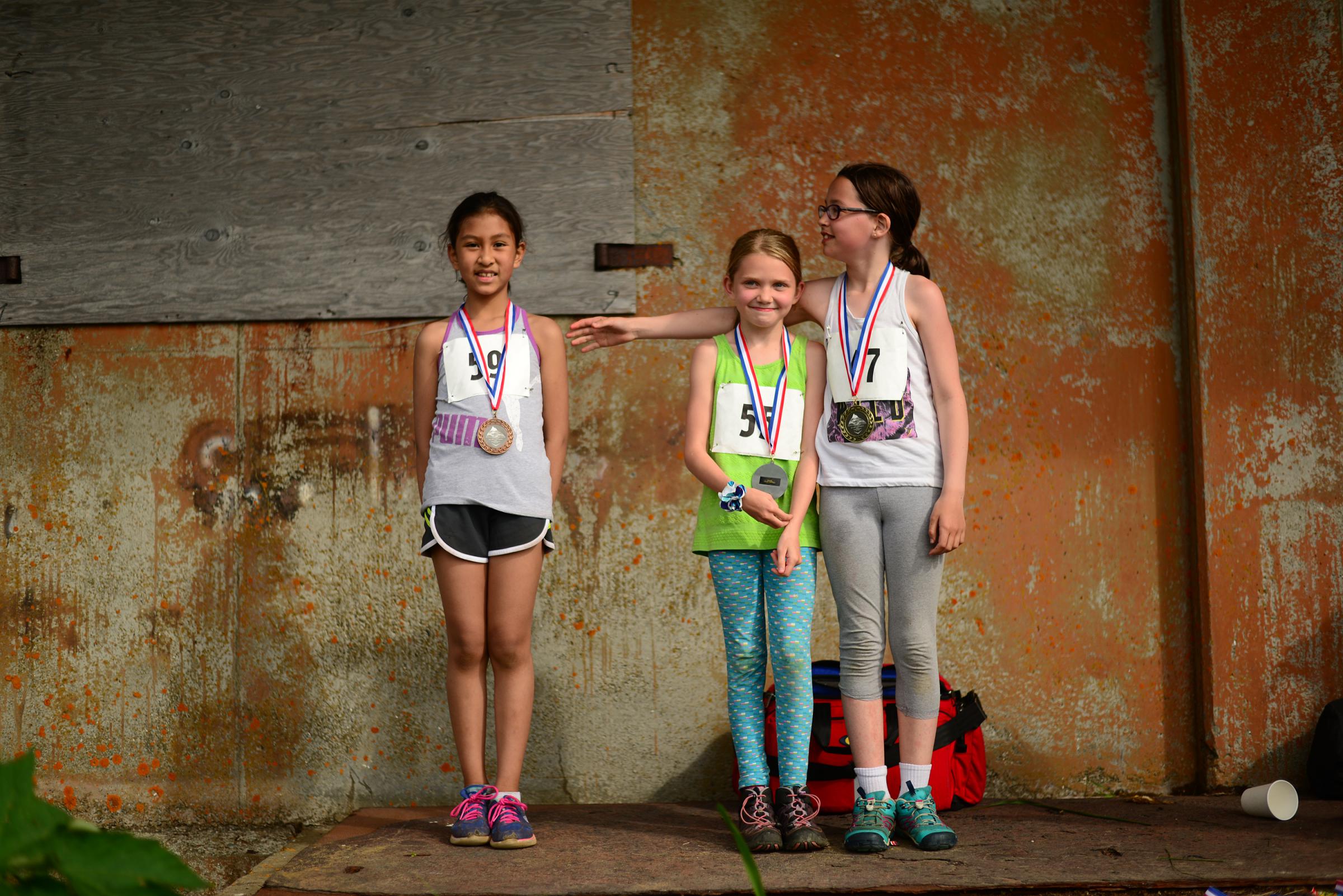 On June 19, 5 Adivasi women activists in Jharkand were abducted whilst performing an anti-trafficking themed street play in Kochang village, about 90 kilometres from Ranchi. They were taken to a nearby forest, raped and made to drink urine, and the entire attack was videotaped. Yesterday morning, an unsuccessful raid to arrest the culprits by a 500-strong police contingent was forcibly obstructed by nearly 2000 residents of the village. Soon after, 3 police officers guarding the house of a parliamentarian were abducted, all to prevent the arrest of the two men who masterminded the attack against the 5 women activists enacting a play against human trafficking.

I was thinking of this story when I was reading about how many people in the country are raging, crying and complaining about a new Thomson Reuters study that claimed India was the most dangerous country in the world for women. The “perception poll” asked 548 gender experts to rank countries on six parameters: non-sexual violence, human trafficking, cultural and religious practices, healthcare, gender-based discrimination, and sexual assault. India fared the worst on sexual violence, human trafficking, and cultural and religious practices.

The Modi government, through the NCW and the Ministry of Women and Child Development, has simply rejected the findings of the study outright, citing that it’s based on the opinion of a few unnamed experts whose qualifications we know nothing about. Weirdly, the WCD also said that female genital mutilation, one of the cultural practices described in the survey, doesn’t exist in India, which simply isn’t true.

As it’s starting to feel inevitable, Congress spokesperson Priyanka Chaturvedi immediately pointed out that despite the Centre’s stated lack of faith in this survey’s methodology, back in 2013 when Modi was CM of Gujarat, he had tweeted the results of the previous edition of the same survey (in which India was ranked the fourth worst country for women), asking the UPA when women would feel safe and be a “symbol of positivity.”

Given that his party isn’t in power right now, Rahul Gandhi was happy to tweet the results of this edition of the Thomson Reuters survey, which prompted BJP youth wing president Poonam Mahajan to write an angry essay that included the words “dastardly”, “brazenly lying” and “shoot and scoot,” accusing Gandhi of slandering a billion Indians.

But the most interesting responses to this survey, as usual, have come from outside the political establishment. While politicians were politicking, one senior journalist in particular decided to Save the Nation.

Columnist Bikram Vohra published a very angry response to this “Western” study in Firstpost on 26 June. This was my personal favourite among all the responses to the study, and when I say favourite, I mean it was just dazzling in its visible parochialism and angry-nationalist foot stomping, and made me wonder if we were really in 2018 or, the real world at all.

In his essay, Vohra declared, “Surveys like this are grossly hurtful, far too casual and slippery in their conclusions,” and then went on to display a profoundly gross, hurtful slipperiness himself. He set out to make his point that the survey was bogus by making claims like “millennials see no difference between men and women”, and that “in sports, in executive ladder, in science, in the arts, in cinema and theatre, women are on top right across the board.”

He made bets that even the shadiest casino in Goa wouldn’t take. “It is a safe bet that 95 percent of Indian men respect their women, take care of their families and are good providers (as much as possible)”. Heehee! It’s impossible at this point not to throw another Thomson Reuters’ statistic at Vohra, this one a study that found that a cool 90 percent of rapes reported in India take place at the hands of people known to the victim, like relatives and neighbours. Or if desi stats are more your style (which you can be sure is Vohra’s), take the latest set of NFHS data, which states that 41.9 percent of Indian men believe that it’s okay to beat your wife for being disrespectful to in-laws, for child or house care, for cooking badly, refusing sex, going out without informing the family or suspected infidelity.

Vohra’s imagination of a country that’s actually quite good for women, or the arguments he made to show that India isn’t the worst in the world, make for a great example of exactly what plagues the country and makes life so hard for the women in it. He makes references to men respecting “their” women, and sings praises of the “thousand husbands who get up in the morning and go to work to ensure there is food on the table for their wives and daughters”, and the “hundred thousand sons [who] work in the Gulf to send remittances home to ailing mothers and to get sisters wedded”. (Clearly, he seems to have forgotten this factoid from a series of pieces by TK Devasia published by Firstpost on migrant workers from Kerala, that laid out how “it has been noticed that women send home more money or save more while men spend a good portion of their earnings on personal expenses”.)

Ideas like these, of ownership over female family members, and the construction of the ideal family unit in which men work and earn money to provide for their helpless, jobless wives and daughters, are literally part of the problem, or at least feed into the forces that have caused India to be ranked so badly in Thomson Reuter’s study. Journalist Namita Bhandare’s ongoing series of pieces on why Indian women are dropping out of the labour force in droves, for example, cites the fact that women inevitably have to ask the permission of the men they “belong” to, like husbands, brothers or fathers, in order to work (while it’s an assumed fact that men work and hold down jobs), and the stigma associated with married women working outside the home.

Vohra’s opposition to the findings of the study seem less rooted in any understanding of the reality of women’s experiences in India, and more from a reflexive, nationalistic anger that a foreign agency has dared to say that India is worse than Syria, Somalia, and Pakistan. Would he be mollified if we were to go back to fourth place? Would Vohra be happy if India was merely better for women than Syria? It really does feel like it.

Something about his parochial, patriotic anger over being told that Indian women don’t have it so great points you to what’s going on over in Saudi Arabia right now, a country that many would imagine to be the worst in the world for women. Vohra, a regular columnist at various news outlets, doesn’t feel compelled to respond to all the women writing at length about how difficult it is to be a woman living in India, but takes up his pen in self-righteous outrage on behalf of the nation when foreign Thomson Reuters calls the country awful. In a sort of neat inverse, Saudi Arabian men are currently taking nationalistic credit for the ban on women driving being lifted in their lifetime. Forget the decades of painful activism undertaken by Saudi women to be seen as full human beings, and the scores of women imprisoned in Saudi jails just for flouting the driving ban: Saudi men have shown the same alacrity with which Vohra wielded his pen against evil Thomson Reuters in claiming the glory of this “progressive” change and laying accolades at the feet of their precious young new crown prince. What is it about women and their relationship with the nation that makes men take things so very personally?

Look, Thomson Reuters’ survey is not ironclad. There’s plenty to point out in opposition to it: its methodology is indeed shaky, and you can’t contend that the opinion of 548 anonymous experts makes for irrefutable fact. We know that one of its earliest observations, that India’s “rape epidemic gets worst by the year [sic]” is both grammatically unsound and factually dubious. Thanks to increased awareness and a spate of legal changes like the introduction of the zero FIR, Indian women now simply find it fractionally easier to report the rapes that have always been taking place, and Narendra Modi’s government has been as useful/useless as any previous government in addressing the causes that lead to sexual violence against women in India.

Given the language and parameters it used, Thomson Reuters’ study, like many others of its ilk, also seems to have a visibly colonial eye. Did it look as diligently into the actualities of the lives, say, of American women and the changes that have come their way over the last decade? It seems pretty much inevitable right now, for example, that with the retirement of US Supreme Court Justice Anthony Kennedy, the controversial Roe v Wade judgement, which granted women the right to abortion, will be overturned, and with the continued defunding of institutions like Planned Parenthood, it looks like America will soon be a pretty scary place for women too.

And, of course, like some commentators have pointed out, there are countries where women live under the guardianship system, hundreds of young girls have been abducted and raped in Syria over the last five years, and you need four male witnesses to prove rape case in Pakistan. But is the point merely to be better than Saudi, Syria, and Pakistan? If we were fourth worst or, tenth worst or, fifteenth worst on the list, could we still look around and feel happy at where we are?

This morning, I read a report in The Print headlined, “Tribal politics, Naxal campaign overshadow horror of 5 women ‘gang raped’ in Jharkhand.” And so, apparently, they have: no arrests have been made in this horrifying case yet, and police and locals seemed locked in a battle of political will. This is the kind of country we live in, and it doesn’t matter where we rank on any list.

The Ladies Finger (TLF) is a leading online women’s magazine delivering fresh and witty perspectives on politics, culture, health, sex, work and everything in between.