HomeNewsHere’s Yet Another Report on How Indian Wome ...
September 27, 2016 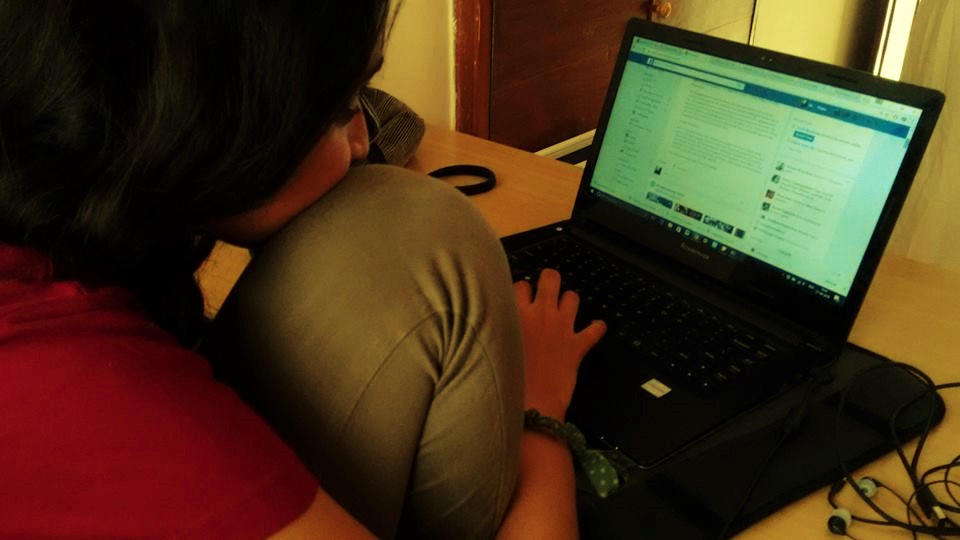 A recent study by the consultancy We Are Social made a lot of noise with its alarmist ‘finding’ that far, far fewer women than men use Facebook in India. This is in direct contrast to the global trend, where women have outnumbered men on social media for years, and headlines have not stopped harping on this small mercy with specimens like “The One Area Where Women Dominate Men” and “It’s a Woman’s (Social Media) World”.

India, though, has one of the highest gender imbalances on Facebook with women forming less than a quarter (24 percent) of the 155 million Indians active on social media – this despite the trumpeted fact that India became the second-largest market for Facebook last year. Considering India’s urban-rural divide and the fact that women don’t have access to the Internet in most of the country, these findings should not really surprise us.

We Are Social’s report does not make it clear whether the small proportion of Indian women using Facebook is mainly because women don’t have access to Internet in the first place. According to 2015 estimates by Mrutyunjyay Mishra, co-founder at Juxt-SmartMandate, a corporation that works on data-driven decision-making, only about 25 percent (68 to 70 million of 275 million) of active Internet users in India are women.

Mishra pointed out that there are other gaps in We Are Social’s statistics, saying that its estimate of urban Internet penetration (based on IAMAI projections) at 76 percent with 350 million users is too high. He added that Facebook’s own user data (one of the sources for We Are Social’s report) for Indian Internet usage is also not wholly reliable either, since the figures tend not to deduct the overlap of the same users using multiple devices. Meanwhile, we should also account for other factors such as that presented by cyber security company Proofpoint, which recently reported a high number of fraudulent accounts on social media, making it difficult to gauge the exact number of accounts belonging to women.

Beyond looking sceptically at such alarmist data, it’s also important to understand why women in India may not be taking to social media as much as the rest of the world.

Gayatri Burahogain, executive director of the Delhi-based organisation Feminist Approach to Technology, which assists women to learn Internet skills, says they often encourage students curious about Facebook to share an account between 10 girls. Sometimes they even create accounts under a male name because they are anxious about scrutiny and fear a serious threat of offline violence due to online activity.

When asked what else could be influencing this gender disparity, experts point to the restrictions on Indian women imposed by families. Burahogain says, “Young people are the highest users of the Internet in India, but young women are denied access, although their male siblings are allowed to be online. Low-income families usually share a device which the brothers keep to themselves. The girls are allowed to watch films on it, but their use of social media is heavily controlled.”

Another crucial aspect, according to Dr Anja Kovacs, director of the Internet Democracy Project in New Delhi, is access to formal education. Citing a 2015 report on women’s online rights released by the Word Wide Web Foundation, she said the likelihood of women using the Internet and social media is much higher if they have had some secondary education (globally, only two percent of women without formal education are likely to have digital literacy) or are involved in some form of political activism.

Experiences with online abuse are an obvious deterrent as well, with a recent study by Gois Software Labs in Kochi suggesting that the cyber harassment of women is widespread enough for a Malayalam term, pongala, to be appropriated for male trolls. Women take online attacks seriously, but are reluctant to take action on them: 89 percent of women said they had not reported incidents and only 28 percent appeared to be vaguely acquainted with the legal procedure of filing complaints about online abuse.

Facebook’s own privacy policies can also often prove to be a sore disincentive for women to sign up. The company issued a press statement last October about implementing stricter measures because of the sexual harassment that women were experiencing on its platform, and in December agreed to alter its ‘authentic name policy’ after a controversy surrounding abuse victims and the LGBT community. However, there have not been any major developments since. In May 2016, women’s rights activist Kavita Krishnan was harassed by a journalist, but Facebook initially refused to acknowledge that his remarks (which were in Hindi) violated its community standards. A former reporter with Khabar Lahariya, a collective of rural women journalists, also said that the lack of familiarity amongst rural women with altering privacy settings for Facebook photos provided extensive scope for harassment.

There is nothing that is new about We Are Social’s findings. A report from 2014 claimed that there were three men for every woman on Facebook in India, while a 2013 report on Women and the Web released by Intel Corporation presented even more extreme figures, suggesting that one in five women in India feel that the Internet is not ‘appropriate’ for them. This kind of data science seems obsessed with constantly measuring and raising the alarm about the gender gap in Indian social media, but it is not really bringing much to the table if it can offer no real explanations for its own findings.