HomeWorkAll The Indian Women Scientists You Wanted to Plea ...
May 6, 2016

If you’ve been looking to learn about scientific research being carried out in India but are stumped by how little information most institutions make available about scientists and their research, then we have just the thing for you. An energetic duo is looking to change that with their new blog The Life of Science, peppered with fascinating interviews with women scientists from all over India.

Aashima Dogra and Nandita Jayaraj, science journalists and former colleagues at Brainwave, a science magazine for kids, decided to start on their project after being frustrated at the lack of information about scientific research being conducted in India. They knew there was incredible work out there, but a lack of commitment to communicating scientific research meant that very few people would know about it. “Many university websites don’t list their faculty, or the research happening there,” says Dogra. “The outreach is just not there. Except for the premier institutes the websites are really pathetic,” Jayaraj adds. So the two women embarked on an incredible task; they put on their travelling pants, and set out to find crazy stories of women scientists and their research.

“We had big dreams together,” says Dogra, a science communicator who formerly worked for Mars One (a Dutch foundation working on establishing a permanent human settlement on Mars). When she and Jayaraj – a freelance reporter who writes about science and health – met at Brainwave, they discovered they had similar interests, and similar goals. In December 2015, after they had both left the magazine, they began talking about setting up a project to write about scientific research in India. They decided to refine their research to women scientists in India, combining their two loves: science and equality. “We’re doing this to show that science doesn’t mean an old man with a beard shaking test tubes in a lab,” says Dogra, “any more than being a woman means rolling out chapatis in a kitchen.”

So far, they’ve interviewed women in places as far off as Kalimpong, Ajmer, Varanasi, Hasan and Aluva, choosing as far as possible to speak to women who aren’t working in large institutions that already have channels to the media. Jayaraj is based in Bangalore, and her m.o. is usually to find out about particular scientists (usually through research or word of mouth) and set up meetings in advance. “I usually try to arrange the interviews around my travels to a particular area, like when visiting my parents in Kerala or a trip with friends.” Dogra, on the other hand, currently on a travel break, prefers to walk into institutions in or near places that she’s visiting without informing them beforehand, and asks to speak to women scientists there. Since the blog was set rolling in March, they’ve posted 10 interviews with fascinating women ranging from horticulturists working to save Darjeeling’s dying cash crops and an earth scientist who discovered that Kaveripattinam, ravaged in the 2004 tsunami, had experienced a tsunami 1000 years ago, to a microbiologist working with algae in Ajmer with an incredible passion for scientific enquiry and who describes herself as “sort of a freak”.

The interviews focus on the scientists’ work and careers (these are in varying stages; one of their interviewees is a PhD student), but the questions that Jayaraj and Dogra ask also seek to uncover aspects that affect women scientists in particular. What is it like being female in a field dominated by men? Have their families always supported their ambition? These can be uncomfortable questions sometimes – one scientist they interviewed who opened up about discrimination at work later asked that her interview be taken down, afraid that speaking out might cause a backlash at her workplace and harm her career. But for Jayaraj and Dogra, the thrill of meeting amazing people and learning about fascinating research is what drives their project. “The best part of doing this,” Dogra tells me, “is the feeling any journalist gets – the excitement before you enter an institute – you don’t know what lies behind its doors, and you never know what you might find.”

Through their profiles, we learn not just about these scientists’ professional lives, but we also get a strong sense of what these women are like as people. Take for instance their latest post about a dean at Banaras Hindu University (BHU), US-returned Ramadevi Nimmanapalli, who went from being a microbiologist studying the bluetongue virus infecting cattle and deer, to researching human cancers. She tells them, “I was damn crazy about the west. I wanted to go to America or England because everything about the west attracted me, the clothes, the products…” Or their post about Kavita Shah, the only other female dean at BHU, who also runs a school for girls and plays the sitar. Sometimes, we get a glimpse of what the interviewers have been up to themselves. Sample these opening lines from Dogra’s interview of Monica Bhatnagar: “On a rented bike, I made my way from Pushkar to Maharishi Dayanand Saraswati University in Ajmer. The afternoon sun chased me down as I continued on the lonely road through the empty desert spotted only with thorny bushes.” Searching for these women scientists and meeting them is no small task, as Jayaraj points out. “There’s no way I could have done this if I had a full-time job,” she says. 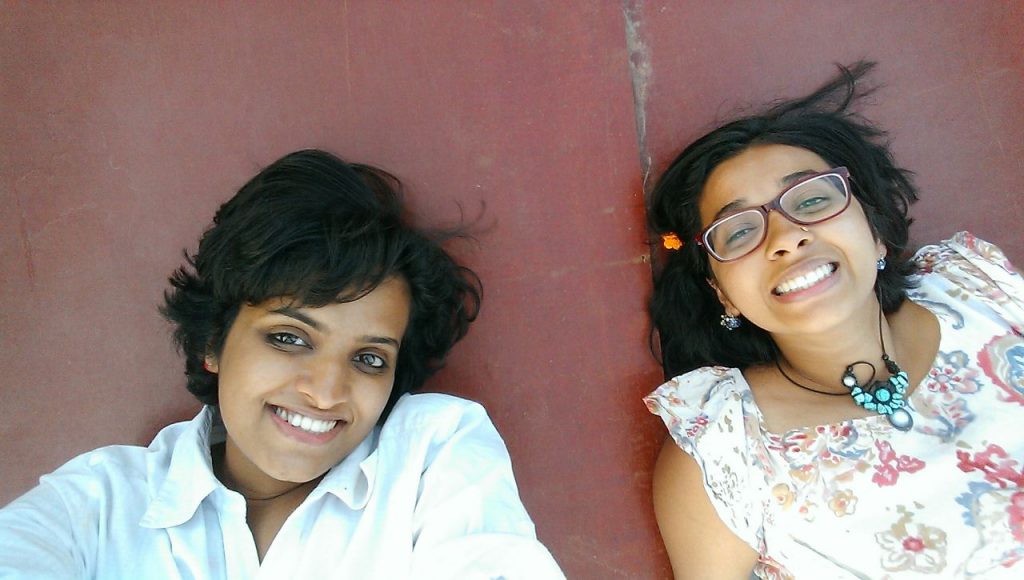 Jayaraj and Dogra’s aim is to branch out from just having interviews to include comics, poems, art, stories about science and more – they’d like their site to be accessible to adults as well as children, and in multiple languages. “Maybe”, says Dogra, “[we’ll] even write a book at the end of it.” But for now, they have their eyes peeled for more inspiring scientists they can interview, and for funding to sustain their project. Jayaraj and Dogra can be contacted at labhopping@gmail.com.

One Response to “All The Indian Women Scientists You Wanted to Please Stand Up? This Blog’s Got ‘Em”