HomeCultureSome Folks Are Laughing At Jacintha Morris But She ...
May 31, 2016

This morning, my Twitter timeline was full of people laughing at Jacintha Morris. Don’t know who she is? Neither do I. All I know is she’s now on my list of heroes.

Check this video out.

Posted a couple of days ago, this music video is the story of Suzann, a 50-year-old woman, a daredevil not bothered of any. It shows a woman rejoicing in her age and skin with no wrinkles or freckles, a woman who all men still wave at and whose confidence women scorn at.

I love this video and not in the way that I look at a Taher Shah video and say I love it because it is so bad, it’s good. Shah and Morris are ridiculed pretty much for similar things. A lot of the ridicule that comes Morris’s way is because it doesn’t have what upper class, English-speaking audience expect to be entertained with. Her pronunciation is all over the place, the music is pedestrian, and the lyrics are all sorts of endearingly absurd. “Flair at fifty a flamingo” “Golden curls bounced at her nods and lay cascading around her face,” for example.

The video is beyond camp. And she isn’t the most beautiful of women by the standards of what is considered beautiful enough to star in a music video. And the last bit is where the large part of the ridicule is coming from. How can a woman who isn’t attractive or fashionable by bland, globalised standards dare to consider herself desirable and confident? 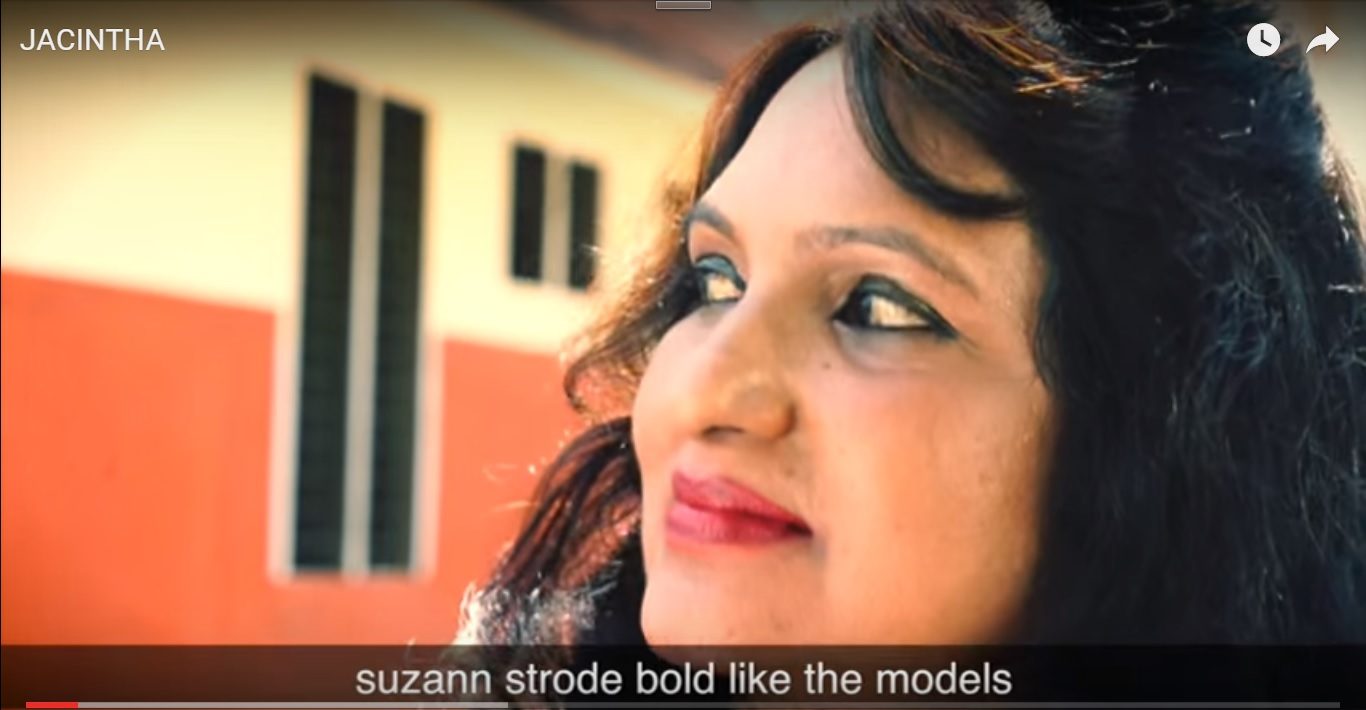 You know what? I love her. I love what she’s talking about: ageism and the lack of agency because you aren’t supposed to be flirty, fun, beautiful and attractive when you are a middle-aged woman. But she, Morris/Suzann couldn’t care less. In a triumph of a woman who has found self-love and confidence, this is the story of coming into one’s own. This video, then, is an act of rebellion. As most women have experienced — I’ve heard it from my mother, aunts and other older women friends — the older you grow, the fewer fucks you give. And this is exactly what Morris is telling me. 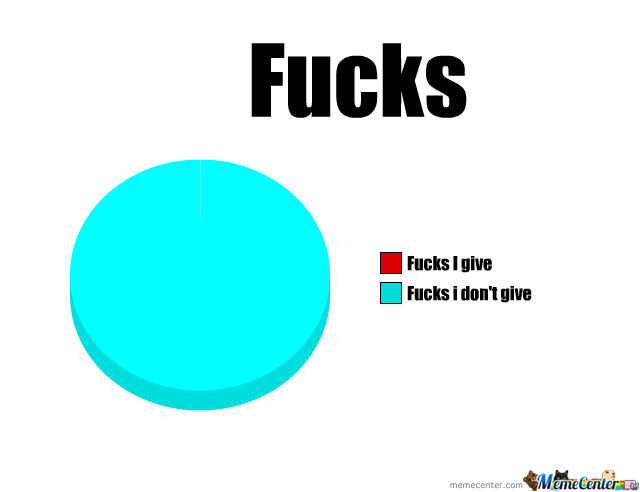 As someone, who, on spotting greys in her hair, is considering what her next course of action should be (to colour or not to colour) and as someone who stands at 36 and can see 40 on the horizon, I now find myself dwelling on the question of ageing. To top it off, I am single and I’ve grown up believing that youth = beauty, and both of those are necessary to be attractive. So while all my reading, my experience and my denial of society’s dictat has taught me that what I look like shouldn’t matter to my happiness (or finding a man), I really haven’t yet been able to shed the youth + beauty burden entirely. And somewhere, there’s a sliver of fear that the older I get, the less attractive I’ll be.

Small, idiotic, personal fears aside, Jacintha is my new beacon, lighting my way and showing me what she does: that in her act of deep self-acceptance, she’s a woman who doesn’t care about what some men or women think about her. Because others find her desirable.

How carefully thought out her statement is. There are no young men in the video lusting after an “aunty”. What there is are older men ogling her as she walks with her ‘swaying hips’ and ‘straight bosom’: both marks of sensuality. Older men do do most of the shameless public commenting on the women they pass on the streets in Kerala, and it is the older men who feel the entitlement to approach a woman in her 50s, one who is attractive and confident. While I marvelled at her flipping the bird to Kerala society in general, this acceptance of her own sexiness made flowers of joy bloom in my ageing heart. 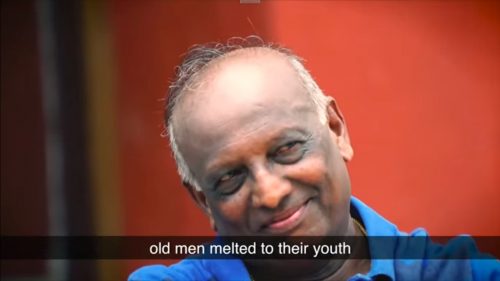 Being a woman in Kerala is really, really difficult. (This is not to say it is easy being a woman elsewhere in the country; I’m focusing on Kerala because my first and second hand experiences in Kerala have been markedly different from those in cities I’ve lived in. No woman of any age is spared. Where cities ‘allow’ older women to wear makeup and dress fashionably without too much censure, the minute a woman with grown kids wears lipstick or dresses in a pair of pants, everyone and their uncle is in her life snickering behind her back, making her seem like she’s got legs sprouting out of her head. Make-up in Kerala is the sign of jaada in any case, irrespective of how old you are. And if you’re a middle-aged woman wearing lipstick or dressing up in Kerala, you’re just sitting in the middle of the road waiting for men and women alike to run you down.

In that context, Jacintha is speaking for many women who feel claustrophobic at how they have to tone down their love for beautifying themselves. Malayalam cinema’s biggest beauty trope is that of ‘natural beauty’, the famed shaleena sundari. While it’s great if you’re naturally beautiful, some of us aren’t so blessed; we’d like the help of the odd eyeliner or the occasional blush to get the look we like. Morris’s video, then, isn’t limited to how she looks, so my focusing on that aspect so much is a bit misguided. Her message is mostly about her life: that she chooses, now at 50, to be exactly who she sees herself as and the rest of the world can cat-walk away from her in high-heeled sandals. 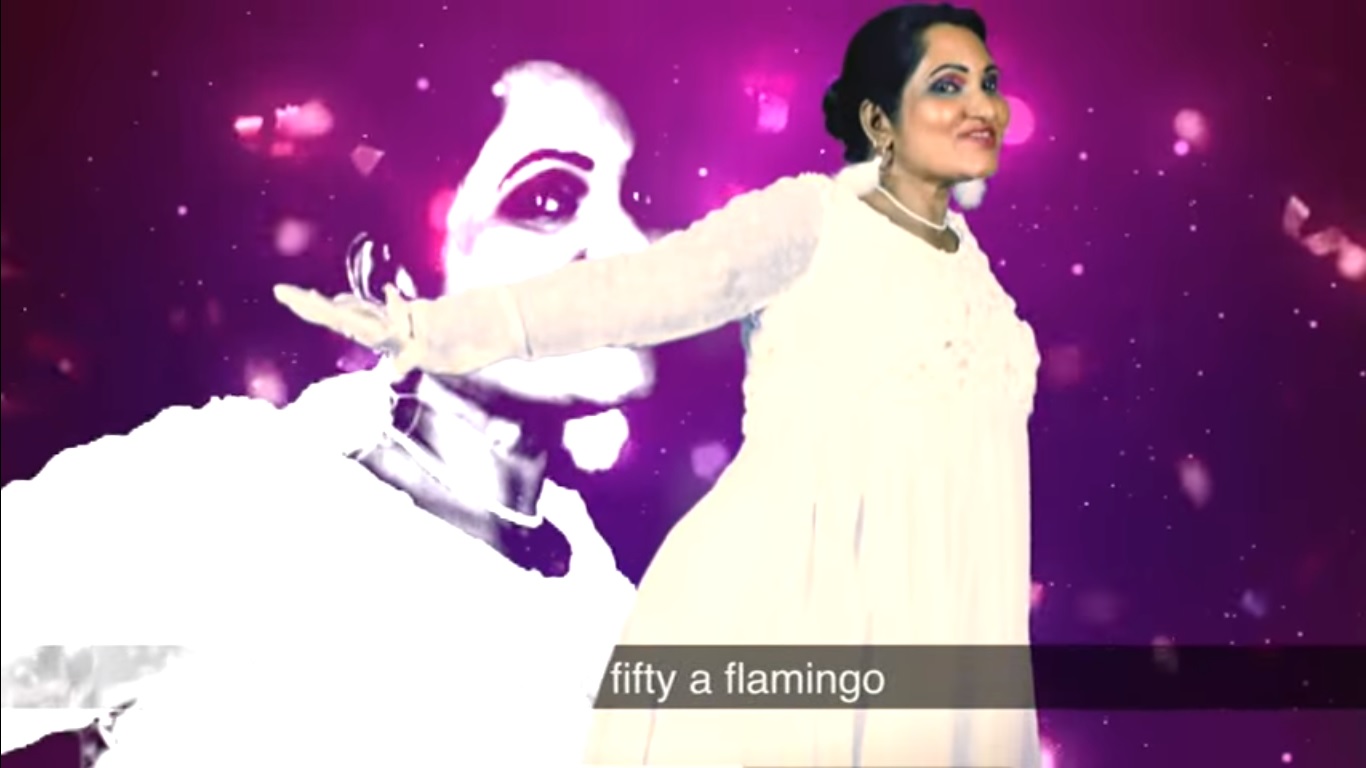 Her message is of liberation at 50. A fantastic take-down of ageism, a space where a woman in India has nearly zero role models in the public eye. Style icons for a regular woman over 50 who doesn’t have the money for plastic surgery, expensive gym memberships and the luxury to follow fancy weight-loss diets are those who keep tame hair, wear muted colours, preferably in handloom fabric. These are icons whose clothing steals from us our right to visible midriffs, backs, shoulders and legs. So for Morris’s Suzann to appear in her bright, ‘modern’ clothes, sway seductively, enjoy the attention of local vaayinokees among other men, is an act of valour; it is a woman reclaiming her right to beauty, sexiness and attractiveness at an age women are shorn of that right. 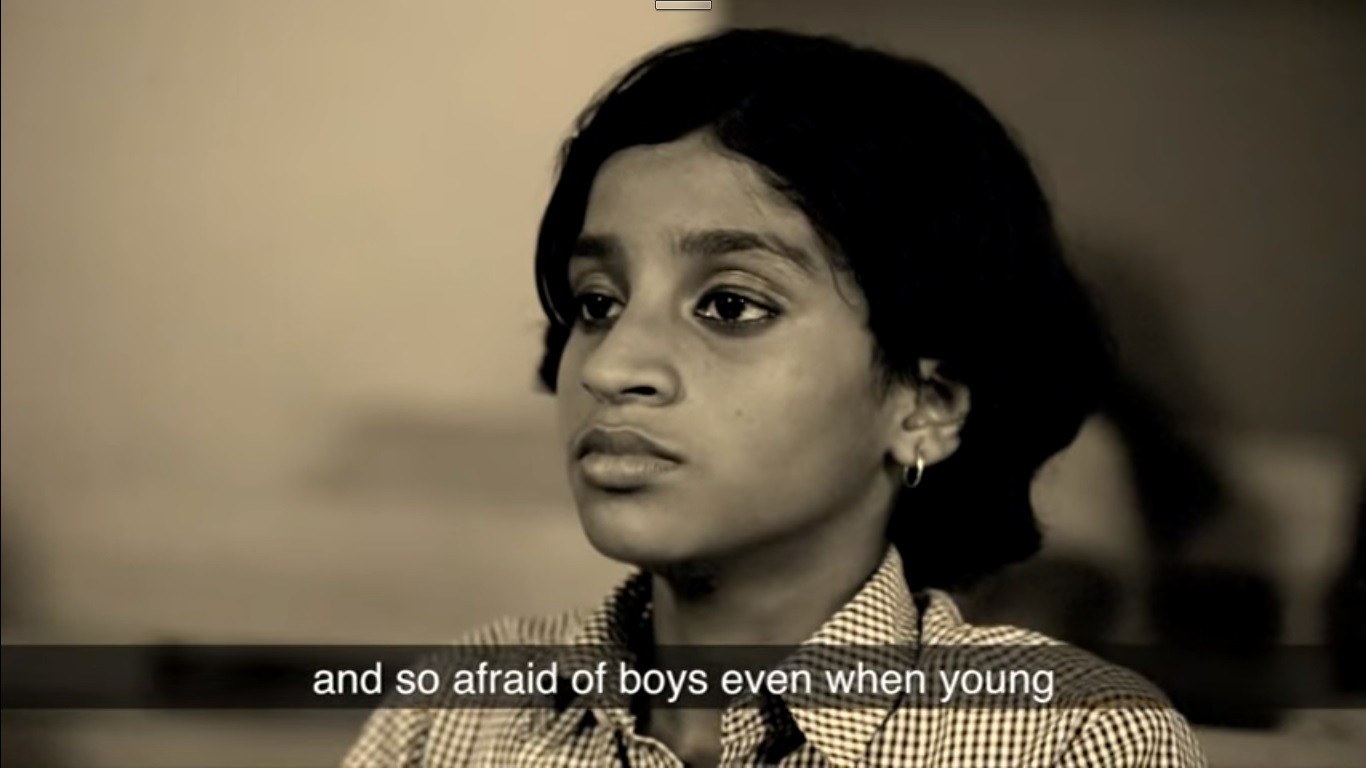 Particularly interesting is the point in the video where it goes into flashback. Suzann is described as a teen who never had any affairs and was afraid of young boys even back in the day. The script sharply contrasts that against who she is today. By all accounts, she’s considered an angel so changed, a flirt! Cut to a psychedelic few seconds where Suzann is in sinner’s black and dancing, perhaps seductively. Here’s Morris brings up morality, something most pious Christians and women, especially, would never bring up. Is Suzann really a sinner?

For a woman who lives, from all available information, in Kerala to come to this conclusion and creatively express her unlearning is huge.  Her story is of liberation at 50 from what society expects from her. But more importantly, her story is also of liberation from her Christian upbringing. In Kerala, like around the world, a Christian upbringing can be deeply oppressive, filled with shame and self loathing. And Morris sassily delivers a giant fuck you to that upbringing of hers when she equates her transformation that her college pals (who are now grandmas) consider her an angel so changed, a Jesus-to-Judas, a la Da Vinci, even.  This was a big one for me: the nuns raising their hands and seemingly offering prayers for this wayward woman’s redemption. More likely that they were cursing the hell out of her because that’s what my experiences with nuns has been. Beastly beings, them lot, with the exception of a few.

I kept waiting for the video to kill itself with Morris/Suzann reconciling with her Christian baggage and finding approval in society but, my god, what a flaming breath of fresh air she is when that weird judge comes on and says she’s a woman of mystery.

Morris’s Suzann strides like a model to her very own tune, half a century old, and has zero fucks to give. The video is proof enough.

Sandhya Menon is a writer based in Bangalore. Among other things, she is a single parent to two kids, a human to a dog, and the editor of the online parenting magazine zenparent.in.