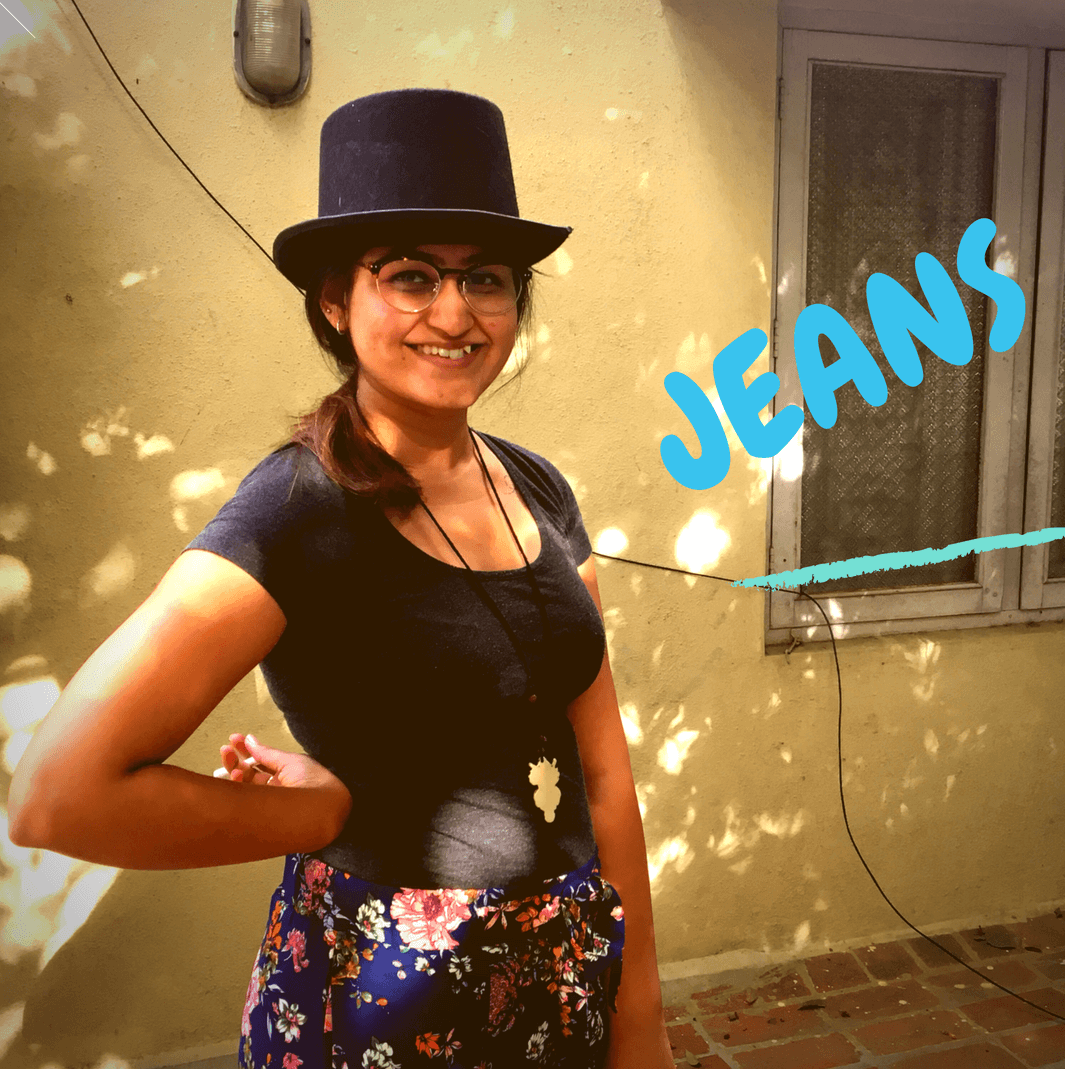 This week, the Association of Malayalam Movie Artistes (yes, AMMA) left a filthy taste in everyone’s mouth with a series of “skits” performed at their AMMA Mazhavillu “cultural” show. Showing a profound lack of culture, imagination and talent, as this fiery report in FullPicture.in shows, leading Malayalam superstars, including AMMA’s newly elected president Mohanlal, Mammooty and a range of other popular elderly men performed a skit that glorified their status as male superstars, using women actors as stage props, followed by another skit poking direct fun at the Women in Cinema Collective, a body formed to represent women’s needs and voices in the aftermath of the dreadful abduction and sexual assault of their female colleague, allegedly at the behest of now-once-again popular superstar Dileep. Dileep, of course, has now been warmly embraced into the bosom of the Malayalam film industry once again now that he’s been released on bail. Now is the time to re-read long interviews in which Rima Kallingal and Parvathy Menon discuss feminism and the industry. 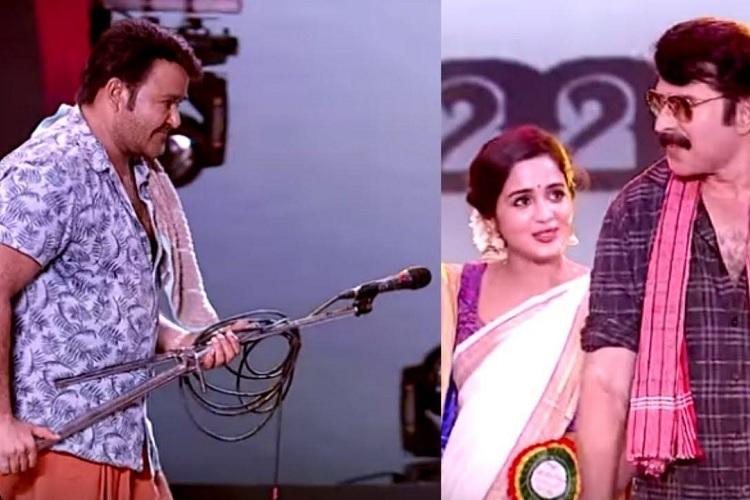 Also this week, investigative journalist Nazaret Castro writing in Equal Times asked what the world would look like if feminism set the political agenda, to which we can only say it would look nothing like AMMA’s gross cultural programs. The incisive essay looked at feminist political interventions in a variety of Latin American countries, and introduced us to our favourite feminist slogan of the week: Ni Una Migrante Menos (Not One Migrant Woman Less). 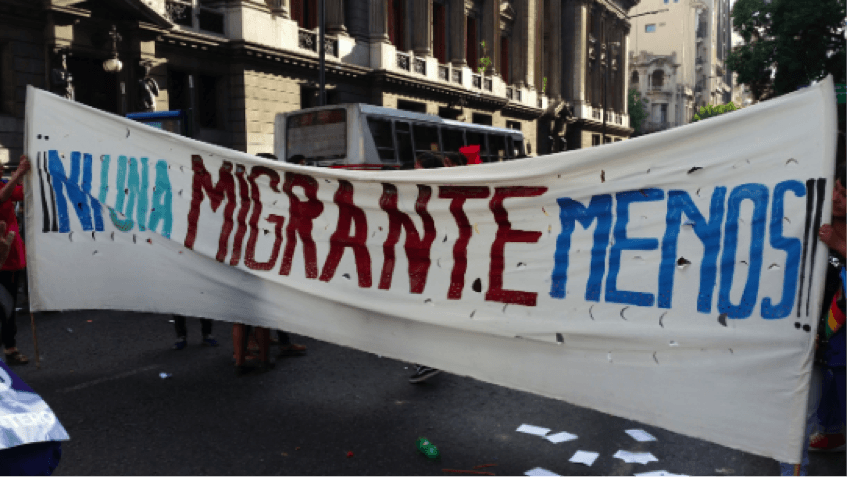 Closer home, the Indonesian government is apparently doing some wide-eyed ingenue number while trying to recruit more women for peace-keeping missions abroad. Indonesia has recently become a non-permanent member of the UN Security Council and is now the world’s eighth largest contributor of peacekeeping troops. But feeling the peer pressure in UNSC, Jakarta is trying to become cool and creative in hiring women soldiers. Guess one thing they are creatively ignoring? The mandatory virginity tests they have imposed on female recruits for the army and the police since 1965. Talk about your national honour being inside your vagina.

In other absurd workplace stories, have you heard that factoid about women workers being underpaid because they ask for raises less frequently than men? Back in 2014, we had read that women who DO ask for raises get punished for it. But this twist on the usual explanation of rape has remained popular — #SheDidn’tAskForItHenceSheGetsPaidLess. This apparent truth has now been debunked, and how! A study of 4,600 randomly-selected employees across 800 Australian workplaces has found that women ask for raises just as often as men do, but only obtain them 15% of the time, compared to men’s 20%. More revelations in this essay delightfully titled, “Newsflash: lean-in feminism turns out to be mostly bullshit” in The Spinoff.

Also in the Old-Bullshit-You-Wish-Were-Gone Department, you all must have heard that Justin Trudeau has a long-standing reputation of using photo-ops to cover his rather old-style politico behaviour, not so different from Donald Trump. As a 2017 report indicated, “Those who seek amnesty in Canada after being refused refugee status in the U.S. will be sent back to their countries of origin, their claims unheard. As for those inspiring photos you may have seen of a smiling Mountie lifting a refugee child over the US border, subsequent pictures of that same child and her parents being immediately arrested exist, but proved less popular.” Or, other reports that indicate that his spontaneous appearance, shirtless or otherwise, in ‘adorable’ settings are all carefully set up. Like that one time in a band camp. So he is scheme-y and a camera hog. And supplies arms to Israel. And now there is more. An old allegation of groping has resurfaced now. Back in 2000 when Trudeau was a 28-year-old school teacher, he was accused of groping a woman reporter. The reporter was covering a summer music festival for her community paper as well a couple national papers. Back then the local paper published an editorial, scolding him for “groping” the reporter and noted he apologized a day after the incident. Best of all is this Trudeau quote: “I’m sorry. If I had known you were reporting for a national paper, I would never have been so forward.” 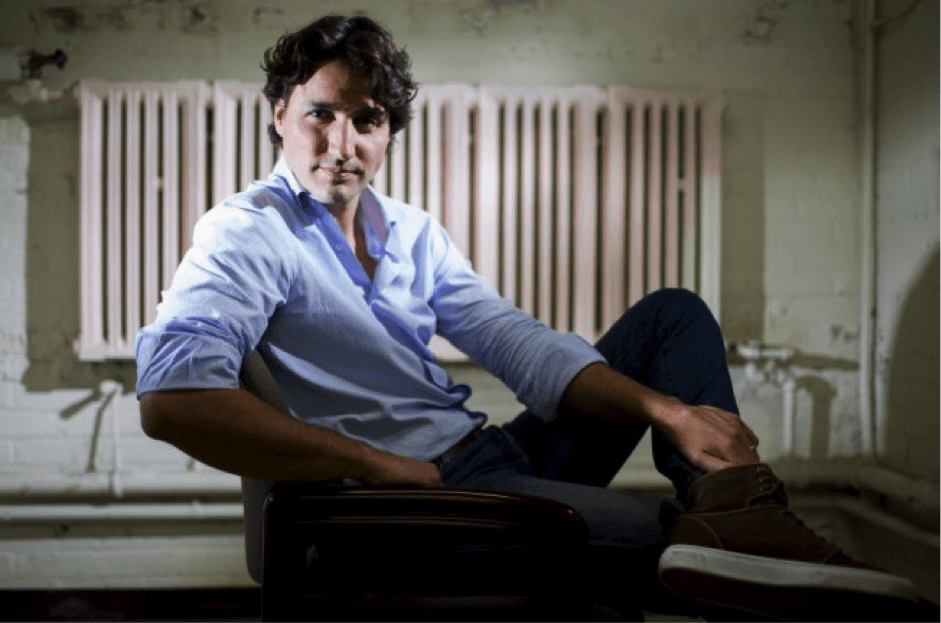 This week on TLF, we published this awesome profile of 101-year old Violet Bajaj on life at the Indian Institute of Science when she was a young biochemist and surrounded by people like C.V. Raman who didn’t like women in science. Fast forward to 2018, and we find out that on average, Indian women invest twice the amount men do in bitcoins and cryptocurrency. Some of it has to do with age (women investors are typically above 40 and have more money to spend,) while men are apparently reaching for bitcoins earlier with the little money they do have. 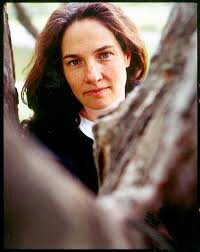 Missed the bitcoin train yourself? Yearning for simpler times and days? Don’t miss this essay by Women’s Prize for Fiction winner AM Homes (best known for her novels and stories depicting extremely extreme situations, like The End of Alice which tells the story of a convicted child molester and murderer) in which she writes about spending her childhood writing letters to famous strangers, including Pete Townshend of The Who fame and Rita Mae Brown, who apparently wrote back, “Thanks for your letter, but I’m afraid the post isn’t the best way to make new friends.” A peek into what life looked like long before Facebook and Twitter made it easy to like, stalk, and talk to all our famous idols; and erased the idea of a total stranger altogether. 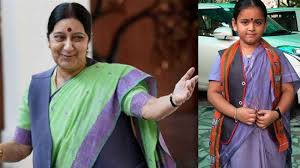 BTW, Sushma Swaraj is the newly crowned queen of social media, thanks to her zingaat response to all the trolls who decided to attack her for not being an Islamophobic bigot. Two days later Swaraj launched a mega scheme that allows you to apply for a passport in India and even apply on your mobile phone. #TrollLikeSushmaSwaraj

Speaking of inspiring women, but this one much more so, former employees and friends of slain Kannada journalist Gauri Lankesh have come together to start a new newspaper in her honour, named Naanu Gauri. And all the way on the other end of the media/news spectrum is TOI, which published a noxious advertisement for what is supposed to be an initiative to highlight women’s representation in the news this week.

While the world goes gaga over the prospective (or imaginary) Priyanka-Nick Jonas wedding, Times of India has decided to wed Chopra to (we think) every man she’s ever dated in this pointless, bewildering and irritating advert. In case you missed the implications the formula is Priyanka + Surname of Alleged Ex-Boyfriends. 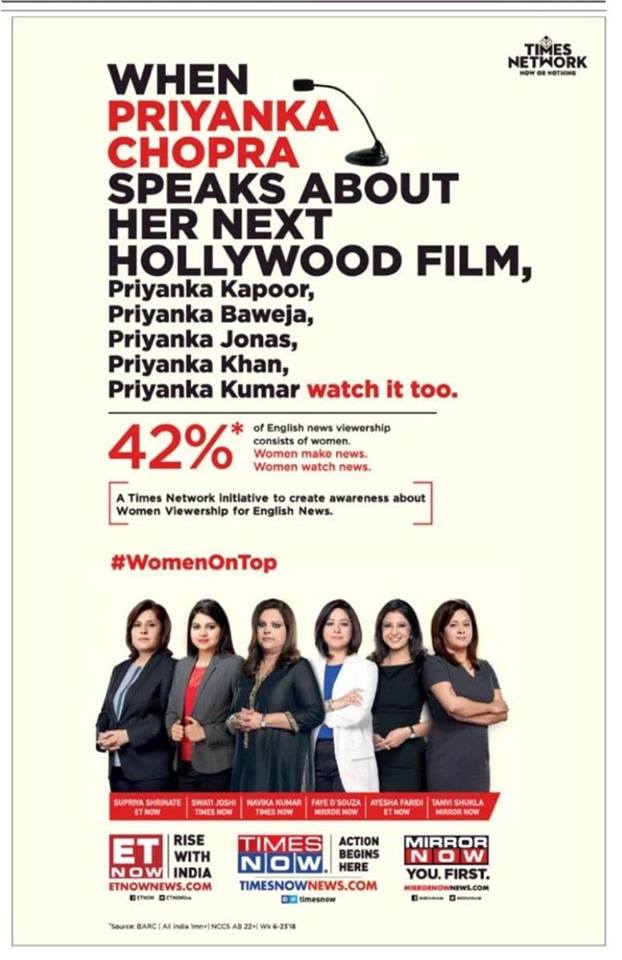 The deeply satisfying and soothing artist Malathi Jogi recently posted this on Instagram.

Which made us *crie* a little as Malathi’s work usually does. But you know sometimes we all want actual pockets so we loved this Twitter thread.

This week, we saw one of those debates that made us sit up straight and wonder if we could really trust our eyes. Live Wire, The Wire’s platform for young writers, hosted a pair of pieces debating how much Modi and Beyonce have in common. On the one hand, Nehmat Kaur argues that both Modi and Beyonce carefully control their public images, don’t give interviews to the media, tell tales of upward mobility, have abnormally loyal fan bases, show deep ideological inconsistencies and wear fantabulous clothes like African inspired crowns and suits with their own names printed on them (you figure out who’s who). On the other hand, Priya Alika hotly and neatly defended Beyonce from allegations of ideological inconsistency, and upheld her right to control her own public image. You read the two takes and decide. Or, you know, don’t.

You know when we really thought about Beyonce this week? At the sight of people taking Rupa Subramanya, economist and Little Troll that Could, seriously when she announced that she was disenchanted with Modi.

This might be a good time to read this essay which is fascinating on many fronts but also full of Buddhist Detached Dating advice. Our favourite bit? “What if your partner utters snide remarks intended to cause you pain or, even takes a swing at your head? First and foremost, you have to make sure that you’re physically safe. A Buddhist perspective would never be to stand there being mindful.” 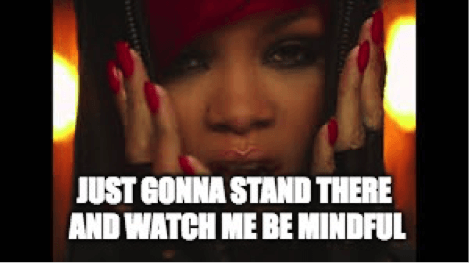 And on that note, we are off to live our mindful Saturdays. See you next week!

RECOMMENDED READS FOR YOUR WEEKEND:

💥 Tired of people telling you equal rights are the sole key to all the problems of the women in the world? Check out this essay on how cotton production in China did more for women than state socialism-mandated equal legal rights. Read

💥 “The retreat of Mommy’s basement depends upon the devalued labor of caring associated with Mommy—not necessarily a specific mother, but “the Mother” in the psychoanalytic sense of attentive care feminized by virtue of its very diminishment.” This and other very precious gems in an essay by Sarah Sarma on the meaning of “working” from your mother’s basement. Read.

💥 What does it mean to be an artist, and who gets to be an Artist with a capital A? Nell Painter, a historian who decided to abandon her history books and join art school in her 60s, answers these and other questions in her new memoir Old in Art School. Check out this really fascinating interview in The Millions. Read.