When I watched Karan Johar get tighter and tighter lipped on a recent episode of Koffee With Karan starring Kangana Ranaut and Saif Ali Khan, I could tell that he wasn’t taking it with as much good cheer as he was trying to fake for the cameras.

As she called him a snooty flag-bearer of nepotism and made references to how Johar had made fun of her English on the show, and deliberately egged on others to do so as well, Johar swung between looking pained, murderous and faux-surprised as he grit his teeth and tried to look like he was taking it all with good cheer.

It was only a matter of time until he exploded, and explode he did.

Reading the newspaper on Monday was surreal. Karan Johar managed to be in two places at once in the news—one hand talking about his great love for his own mother and for the surrogate mother of his new twin babies, Yash and Roohi, while simultaneously spewing vengeful venom at Kangana Ranaut for playing what he called the ‘woman card’.

For someone who’s presumably got his hands full with two new babies to look after, he has managed to cover a surprising number of different sexisms in his tirade against Ranaut—clearly an outburst born of suppressing his true feelings against her for too long, a full two weeks since what was clearly an episode meant to serve as promotion for Ranaut’s film, Rangoon. Speaking at an event at the London School of Economics, he began his tirade against her with the very behaviour she had accused him of in the first place: By making snooty comments about her grasp of English. He said, “When she says ‘flag-bearer of nepotism’, I just want to say her, I am glad she knows what it all means. I don’t think she has understood the entire meaning of the term.” This was met by thunderous applause from the LSE Students’ Union India Forum, which further solidifies what you may have always thought about that bastion of London and the kind of Indian students that go there, but were unsure of whom to ask.

He went on to publicly name all the outsiders (he quoted what sounds like an arbitrary, Trump-meets-vastu kind of figure of 52 people) in the film industry that he “gave” careers to, which he quickly corrected by saying “provided platforms for”. He also ups the ante of obnoxiousness by pointing out that he was “gracious enough to keep everything” and not cut it (portions of Ranaut talking) out of his show, which he helpfully reminds everyone that he could have. He reminded me of that other stinker Kanye West where he sings about Taylor Swift—“I made that b*tch famous”. Similarly Johar, when he says that he alone gave Ranaut her lone platform to speak.

Sorry Johar, but Ranaut is truly famous and accomplished in her own right. She would have made headlines if she made the same statements anywhere in the world, including Twitter which she chooses not be on, but it was hilarious that it happened on your show. And you didn’t keep it because you’re gracious, you kept it because you knew it would make for great television and good publicity for your show.

It’s not like we don’t know how self-important Johar is. Recently, in his book, he mentioned how stunned he was that Kareena Kapoor once ignored him at a party before her first movie released and that he immediately thought, “how dare she behave this way to me?”. But it’s almost alarmingly boring how many men think they deserve immense respect from women by default and that they are responsible for all the good things that come a woman’s way.

At the LSE forum, he finishes by saying that he’s “done” with Ranaut playing the “woman card”, which was also shockingly met with actual applause from students, although less enthusiastic response than when he made fun of her English. For those of you who don’t know, the woman card is an imaginary coupon that exists in the minds of self-important men, who frequently hurl it at women who occupy space that men think is theirs, make them check their privilege or force them to take a hard look at their own position in the world.

When he spews venom at Ranaut, the only thing I want to ask him is how he kisses his mother with that filthy mouth. Because he does. In practically the same breath, he’s been talking about how blessed he feels to be a parent, how much he loves his own “caring and supportive” mother, and how the surrogate mother of his babies will always be in his prayers. He loves his mother so much that he named one of his twins, Roohi, an anagram of his mother’s name, Hiroo. Good luck with that daddy, Roohi. He hasn’t really figured out what the role of women in the world is yet.

Make no mistake though. Karan Johar is blessed (the term celebrities use for privileged beyond imagination) to become a new parent in these times. It looks like the Surrogacy (Regulation) Bill, 2016, a draft Bill that’s been okayed by the Cabinet and introduced in the Parliament, will be approved in just a matter of months. While abolishing commercial surrogacy, and allowing only altruistic surrogacy (where the mother needs to be a close relative of the prospective parents), the Bill prohibits single parents, homosexuals and live-in couples from becoming parents through surrogacy. It’s obvious that it’s the extreme privilege, which Johar takes for granted, that allowed him to become a parent just months before several groups of people would be disallowed from doing so.

Given the framework of extreme privilege he operates within, don’t you wonder at the strange double life he leads? When he has no problem publicly slamming an actress as Kangana Ranaut, we’d like to know how exactly he treated the surrogate mother of his twins in private. Either way, doesn’t he feel the least bit dissonant when he accuses one woman of “playing the woman card” while praising another for providing a “warm, loving, nurturing” environment for his babies? Maybe, maybe not.

To me, this bizarre behaviour seems emblematic of one of the most annoying features of faux Indian feminism: A great love and respect for women as mothers, creators-of-life and goddesses, and a filthy fear and hatred for outspoken women who don’t fit into the boxes that “culture” has laid out for them; women who make you question your deepest or shallowest patriarchal instincts and your inherent privileges and power. 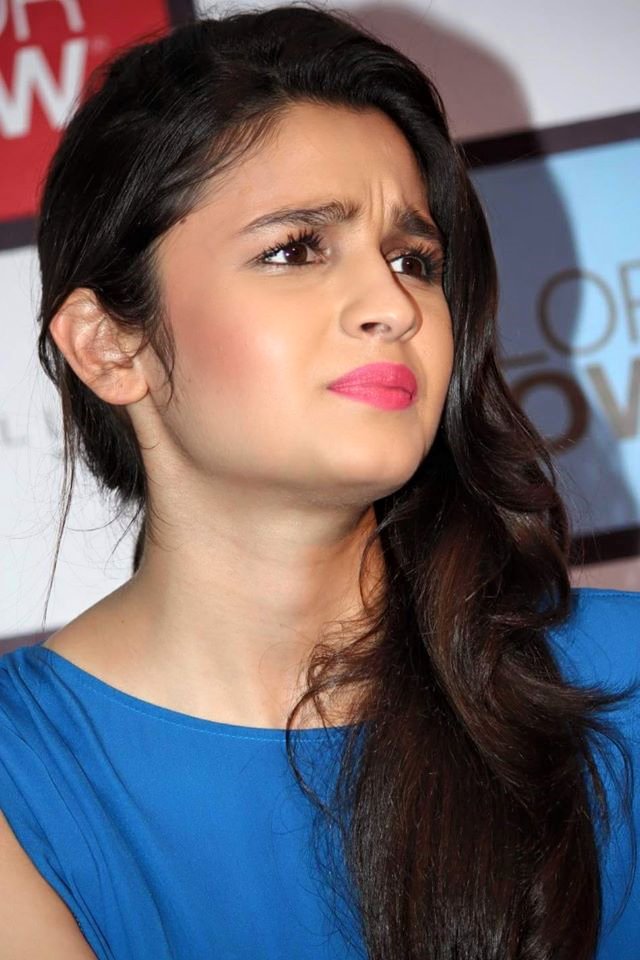 Speaking of inherent privileges, I also find it amusing that the two famous people who apparently took umbrage at Ranaut’s comments on nepotism are people who are undisputed insiders to the industry. Karan Johar is the son of the famous Yash Johar. Alia Bhatt, who came out against Ranaut by saying that not every filmy bacha makes it big in the movies, is the daughter of Mahesh Bhatt. So maybe we don’t have to wish Roohi luck. By the time she is an adult, Bollywood may have found some mechanism to ensure that no Kangana Ranauts sneak in.

While Johar is happy to name outsiders who made it, and Bhatt is happy to name insiders who didn’t, I haven’t seen a single “outsider” actually comment negatively on what Ranaut so candidly said. And I think it’s because they know she’s right and wished they had her guts.

If You Hate Lending Your Books, You Will Sympathise with This Telangana MLA

Is Breastmilk Jewellery Your Thing? This TN Woman Has Got You Covered

In Typical Uncle Style, Saif Ali Khan Just Lashed Out Viciously at Journalists and the World for Laughing at His Gross ‘Apology’

8 Responses to “What Karan Johar Feels about Women: Kangana Ranaut, His Mother and the Surrogate”