If you are not a roza-practising Muslim and have always wondered what it is like, the Internet is there for you so that you don’t annoy your friends.

And if you are keeping roza, the Internet is really there for you. 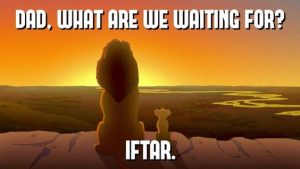 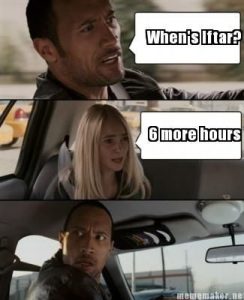 The last one, I promise. 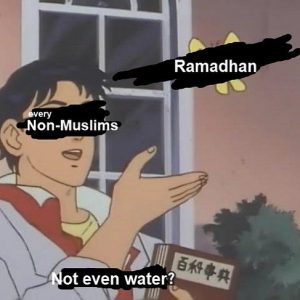 Last Sunday, the Kashmir Women’s Collective (KMC) went offline for some real-life slaking of the thirst for #FriendsWhoGetIt.   They headed to the famous Mughal Gardens in Srinagar. The women, who were still on their Ramadan fast, gathered in the park and spend their time just taking in the sun and enjoying their sense of freedom.

Later KWC wrote, “Public spaces in most societies and more so in our society are predominantly occupied by men. Take a stroll, go to a public office, walk around in a garden, go to shops and businesses, all you see are men. Men have the liberty to laugh loudly, to sit the way they want to, to gaze aimlessly and occupy and claim public spaces. Whereas women, even if present in these spaces get a strict code to follow. Things are slowly changing but have you thought, why can’t women lie down to relax in a public park?” Such constant worries follow women almost in every part of the country while men are cracking jokes on how a perfect cup of teas can save their wives from their wrath. Yes, you read that right.

They posted a lovely photo which they described thus: “This small gesture of lying down in garden while we were fasting and tired is a symbol of freedom of women – of their bodies, their lives, their souls from all oppressions and discrimination.” In case you are all like scornful and thinking this is all low-hanging fruit, check out the comments under the post which tell the women to get back to the kitchen and start preparing for iftar. Or others who said that “Demanding western values in muslim state is same as wishing snow in summer… advocating sitting in park with stretched legs, laughing loudly, walking half naked is to some extent unacceptable at this moment of time.”

But whatever yo boring men, the Kashmir Women’s Collective has no time for you. When you are lying in the park with your friends who get you you may even agree with Khusrau.