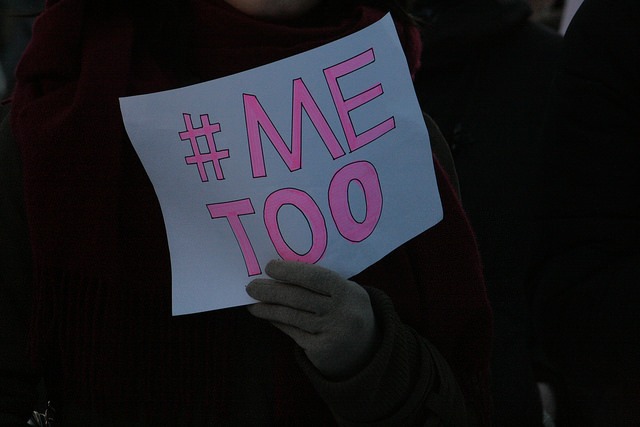 We have been witnessing the series of allegations brought by women journalists – both Indian and Kashmiri – against some prominent male Kashmiri journalists. Firstly, we would like to add our unqualified and unambiguous support to the women who have been naming these abusive men in the journalistic community. We hear you. We believe you. We are with you.

We would also like to address the current perception amongst some who support the movement for self-determination that the women bringing these allegations are merely lending a shot in the arm to the Indian state’s occupation. It is true that the Indian state and its votaries will seize upon anything to discredit the Kashmiri Muslim community, and by implication denigrate the movement for self-determination and freedom. We especially reject the Islamophobic rhetoric that emerges in these moments. It is all too easy to smear the communities these men come from, even though every single passing day yields new evidence of male sexual predators from all communities and countries across the globe. For every Fahad Shah, there is a Tarun Tejpal, a Gautam Adhikari, a Matt Lauer, a Charlie Rose.

However, even as we caution against the absorption of these women’s complaints into tired Islamophobic and pro-occupation narratives (example: “they seek freedom, but look at how they will treat their women”), we insist that those who support the movement for Azadi must be wary of dismissing women’s complaints and brushing them under the carpet in the name of protecting the resistance. For a due process to take place, it is important that victims be believed, and space is created where women feel that they are able to voice their experiences without censure, stigma, or rebuke. Concern about women’s rights should not emerge only in moments when it exposes the brutalities of the Indian occupation but be a parallel social concern; the silence of men in these cases is especially detrimental to the eventual cause and resistance. Thus, as we raise our voice to oppose the Indian occupation, we must prioritize the well-being of all women on an immediate and ongoing basis, rather than placing that agenda on the back burner for “after Azadi.” We, therefore, exhort all those who support the movement for self-determination and Azadi to remain attentive to these cases in our midst and to support women who are bravely coming forward with their complaints. A fair and just society for people of all genders must be an integral part of our vision for Azadi.

Finally, we would like to draw the attention of Indian women in the Me Too wave to the circumstances faced by Kashmiri women, who have had cause for years to say “Me Too” in the face of an overwhelming threat and reality of sexual assault and violence by Indian forces. The widespread denial across India of the mass rapes in Kunan and Poshpora must be seen as one manifestation of the refusal to believe survivors. If the movement is to truly stand up for women, everywhere, then supporters of Me Too must move beyond communitarian and nationalistic affiliations to fight against all perpetrators, including agents of the state and realize the truth of occupation in Kashmir.