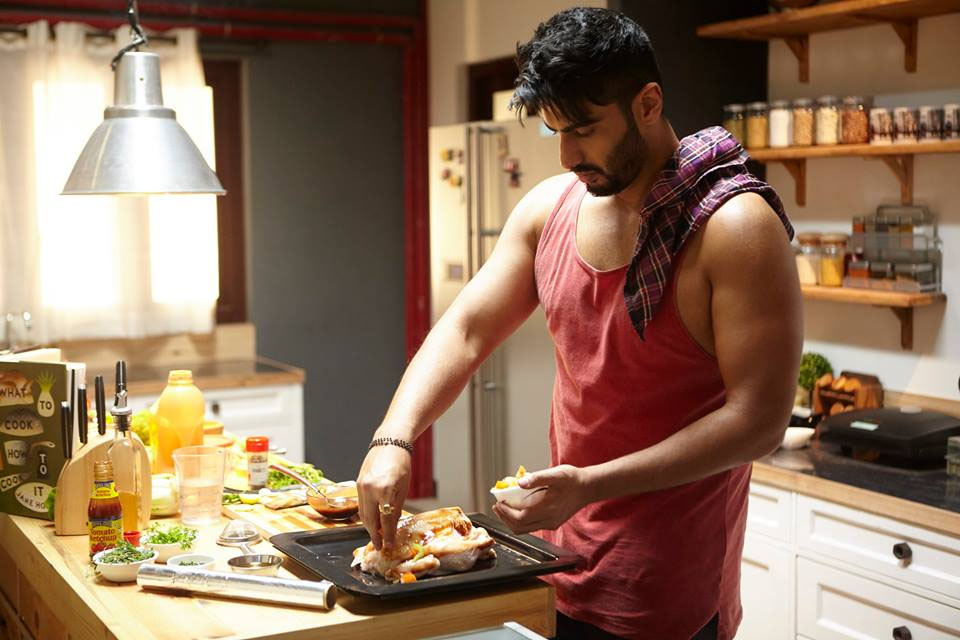 A few months ago, my partner received unsolicited advice on maintaining “balance” from our chief neighbourhood busybody. The conversation, which started with the usual exchange of pleasantries and innocuous questions about the number of times my partner took our dog out for a walk everyday, swiftly moved on to probing questions that had less to do with casual curiosity and more to do with the order of the universe. Did he work from home? What did his ‘missus’ do, that meant she had to leave home every morning? Who earned more, the ‘missus’ or him?

Every day, the busybody would watch my partner sweep the compound and walk our dog. I, on the other hand, would leave home every morning and return late. The day that our busybody could no longer be satisfied with trading smiles and hellos, and needed to ask the questions that seemed to so torment him on our behalf, he began to lecture my partner about how “balance” was required. He was vague about what he meant by “balance”, but was clear about how it could be maintained: I would have to earn less than my partner.

Of course his idea of “balance” isn’t really about money; it’s about power. If a man does domestic chores, is it because he’s a sad sack who lives off his wife? Is it because he earns less than she does, and is thereby less valuable (and therefore fit for domestic work, which holds no status)? Is it because he has an overreaching bully of a female partner and is (to use that terrible term) pussy-whipped?

It’s a bunch of questions R Balki’s new film Ki & Ka seems to want to tackle. Kabir, the film’s protagonist, wants to emulate his mother, who he venerates for her self-sacrifice in being a housewife. He marries Kia, a hotshot marketing executive parkour-ing up the corporate ladder. Their life-choices throw up tensions in their relationship, but how they work through this, we never quite find out; the film is more interested in product placement than in thinking through the important, complicated questions it raises. Conceptually, what Ki & Ka grasps at is equality, but what we’re left with as an audience is plenty of confusion about where this equality lies. 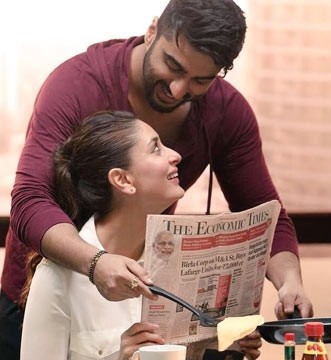 There are moments when I wonder if Ki & Ka’s idea of “balance” isn’t terribly far from that of our busybody. Having idealised the nurturing, sacrificing role of Kabir’s late mother, who worked silently behind the scenes to ensure the happiness of her husband and son, the film’s formula for gender equality requires the same of Kabir when he grows up. Putting women’s domestic work and emotional labour within the family on a pedestal erases its cost, and makes self-sacrifice seem a necessary means to a noble end. Rather than conceive of a universe in which both partners share the tasks of earning and doing domestic chores, Ki & Ka bestows the man with a mangalsutra and makes him the “wife”. It only seems okay because Kabir is large, muscly, bearded, and beats up a bunch of creeps – he can be a sensitive soul impervious to taunts about his masculinity because really, he’s a closet alpha.

I guffawed loudly when Kabir, as the house-husband of a high-profile woman, is interviewed on TV and asked if he is ever jealous of his wife’s success. Why should I be, he says, smug; are women ever jealous of their husbands’ success? So why should men be jealous? It’s a good question, but with a false equivalence; the world knows little about how women feel about their successful husbands, but it does know about how men feel in the same scenario. As this Ladies Finger piece points out, studies show that men with more successful spouses can be jealous, feel threatened, be more stressed out and can have lower self-esteem. They can see their partner’s failure as their success. A recent Australian study found that men were happier when their wives didn’t work at all.

My partner and I work in separate industries, have jobs that require long working hours, and share domestic chores. He would much rather work from home than go to an office, is a far better cook than I am, and enthusiastically cares for our dog. He has cheerfully taken leave from his job to accompany me to work events, and in the couple of years that we’ve known each other, has been around to comfort me during low moments in my career as well share in the highs. He believes he is genuinely happy for me when I succeed (I believe it too), but also knows that ingrained biases can work unconsciously – patriarchy is too old, too wide, too deep to escape from that easily.

But it’s not something we have to think about often, and perhaps this is because there already is “balance” in our lives; I do earn less. Are our domestic tasks shared so easily because my partner is already the more conventionally successful one, and doesn’t see me as competition? That’s one question I don’t want to know the answer to.

There are days when I feel like I’ve been drowning in housework, that any minute I will slip under, and my return to the surface will be barred by mops and detergent and dusters and chopped vegetables and dog vomit.

Truthfully, I enjoy cleaning and always have. But doing it unaided (which is often, when my partner is ill or too busy) for a family of three is a huge drain on my time and energy. It’s the reason I gasped when Ki & Ka deployed the horrible stereotype of the lazy, lying maid as a plot device merely to show Kabir’s coolth and benevolence. Having domestic help, when I can afford it, makes a very vast difference to my life. It leaves me with more energy at the office. It leaves me time for leisure. It takes potential strain off my relationship with my partner – if an outsider is doing the housework, it means neither of us has to fret about whether the other is doing their rightful share, or doing a good job. It’s a privilege I don’t take for granted.

But for me, one of the film’s truer moments is when Kia is annoyed that Kabir is held up as some sort of pop idol merely for being a man who does housework. I certainly don’t grudge my partner the appreciation he receives for helping out at home, but I do feel pricks of resentment when people suggest I should be grateful, or tell me I lead a “cushy” life because my partner helps with chores some of the time. Chrissy Teigen, I feel you.

@people he made dinner

I know my partner is sometimes anxious about whether he does enough at home, and it gives me evil pleasure. Considering the constant pressure I feel – to be a good housekeeper, be good at work, look good, dress well, be well-behaved, be a good cook, to me, worrying about doing one’s fair share of housework seems like a good kind of anxiety for a man to have.

One day last week, I took the morning off from work to cook and finish a mountain of housework because my partner was ill. That evening, my partner felt better and went out drinking with his friends. When he returned, after one beer too many, he said that earlier in the day, while attempting to sleep off his illness, he’d dreamed that I had left him. The first thing he did when he woke up, as if to set things right, was to head to the kitchen in a panic to wash a pile of dirty dishes. That was why he had called me while I was at the office that evening – to advertise that he’d washed the dishes. Just in case I was actually considering walking out on account of his not doing enough housework.

Of course Ki & Ka isn’t only about domestic chores, but it’s what I went looking for. While I enjoyed the film, I learned some valuable lessons in the bargain. One: for men, working in the house and outside of it can’t be combined. It’s when Kabir becomes famous and has to leave home to attend talk shows and interviews (and visit Amitabh and Jaya Bachchan – seriously) that he begins burning food in the kitchen, and things begin to slide.

Two: whatever the problem, it’s the woman’s fault. The cracks in their relationship are seen as being more because of Kia than Kabir, who is, after all, the hero of this film. Ultimately it’s her insecurities, her jealousy, her small-mindedness, and not the frustration of her husband now bleating endlessly in public about gender equality (which she diagnoses with incredible astuteness, only to claim later that she never meant it), that causes the breakdown in their relationship, and it’s up to her to fix it.

Share the Load or Scram. Quora Has No Time for Indian Men Who Don’t Want to do Housework

2 Responses to “What I Learned About Housework from ‘Ki & Ka’”