HomeWatchlistCinemaHundreds of Men Wake Up at 5am to Watch Mahesh Bab ...
May 21, 2016 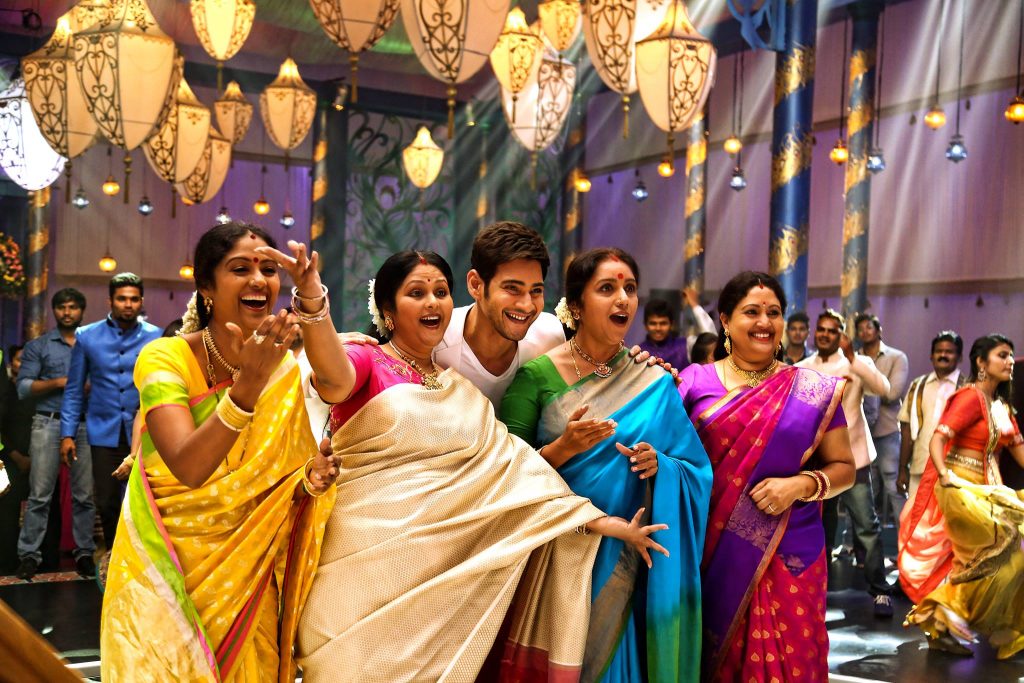 It was like any other Friday morning in Bangalore. Except that I rode through the lanes of SG Palya at 5:59 am, excited about catching the 6 am ‘fan show’ of Brahmotsavam, Mahesh Babu’s latest film. These super-early shows are a new Telugu film industry strategy. Balaji and Lakshmi theatres are right next to each other in in this part of town, and it was pretty early in the morning. What I’m trying to say is that I walked into Balaji theatre, only to realise I had bought tickets for Lakshmi. 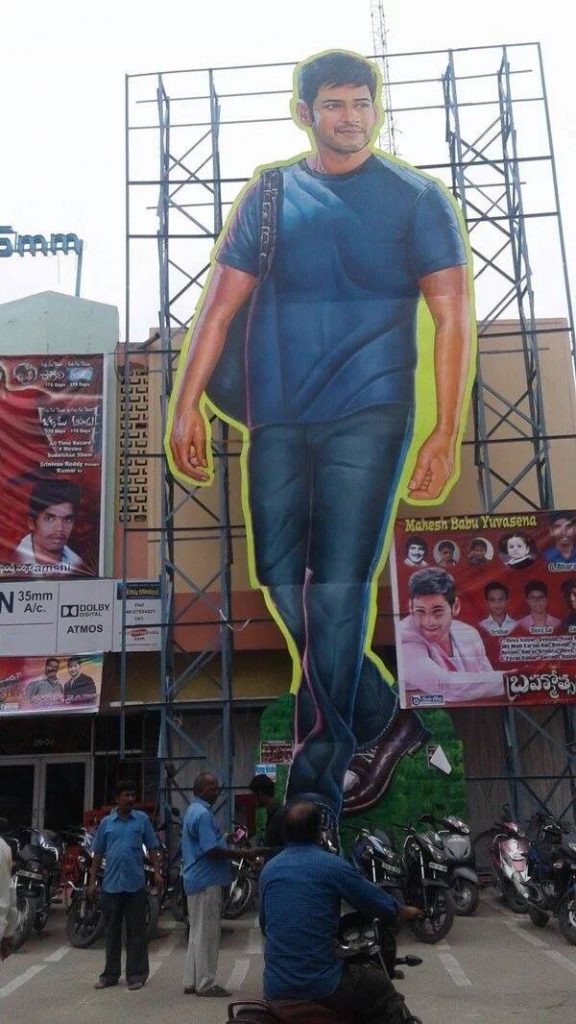 So I lost the first precious five minutes of the film. And missed the credits through actor Samantha Ruth Prabhu’s introduction song. But I did make it to my seat in time to meet the family in the film. When Mahesh popped up on screen the theatre went berserk, his toothy smile sent the audience in a frenzy and there were tiny sheets of English newspaper in the air. The shouting stopped a minute later when the dialogues started. I tried not to wonder how these people can be so energetic so early in the morning.

Till the interval, the film was a series of festivals, parties, singing, dancing and loads of fun. The songs were catchy and included a folk number too. Usually in Telugu films, the songs alone can make a hit or a flop. My favourite dialogue was when Mahesh Babu and his co-star Kajal Agarwal go out on what can be called a “date”. Mahesh gets all handsy and she shoves him back.

“You can’t handle it when men dominate a little bit, can you?” he asks.

“Can you handle it when we get dominant?” she retorts.

I’d have whistled hard if I knew how to. I should have tried anyway. The woman walks away, he gives a toothy grin and follows her. The first half introduces us to Mahesh’s sister, though the film forgets about her soon after that, including in a crucial scene with the family. 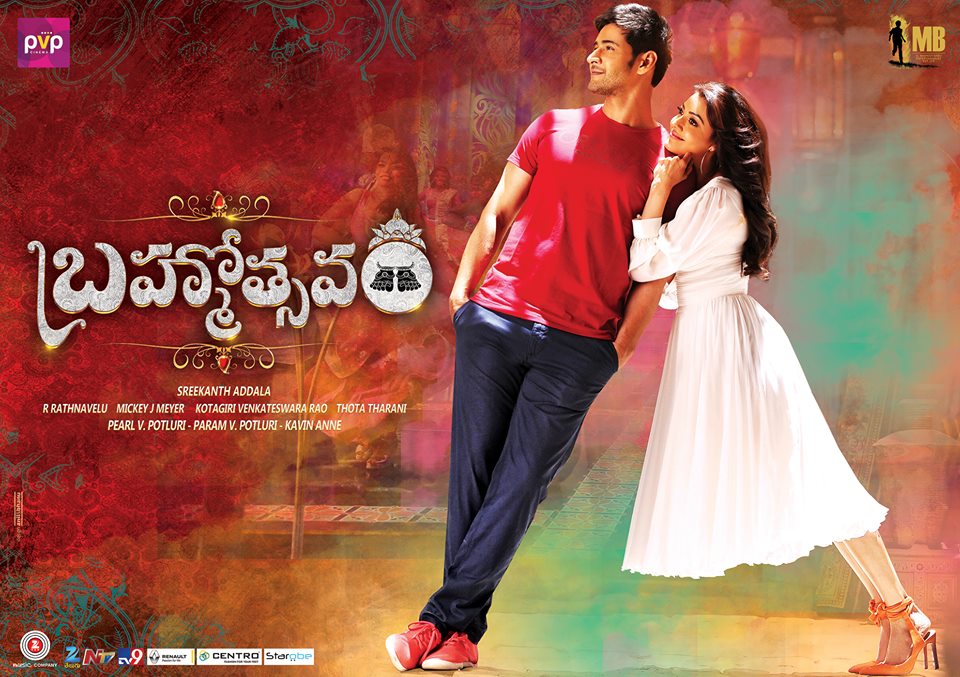 Mahesh and Kajal also break up before the interval. She tells him, “I’m the kind of person who, as I arrive, plans on when to leave. Even when I walked out of the airport in Australia I was thinking this. I told you we’ll see what happens over the next two months, and now it’s been two months. I can’t handle socialising with people, and then you have such a big family that I’m exhausted at the end of just greeting them all.”

There were more shouts of approval for that line, since like me everybody in the theatre was exhausted by the size of Mahesh’s family. Mahesh’s mother (Revathi) was an adopted child, her adoptive mother (Rohini Hattangadi) already had four sons and was cruel to her. Revathi was married off to some poor guy (Sathyaraj) off the street. Her adoptive father lent him 400 rupees when he wanted to start a business, and this investment helped him build a large paint factory and make money. Sathyaraj then brought his brother-in-laws from the village to a comfortable life, but there remained some tension between them since they weren’t related by blood. And the mother feared her children would ruin the family. 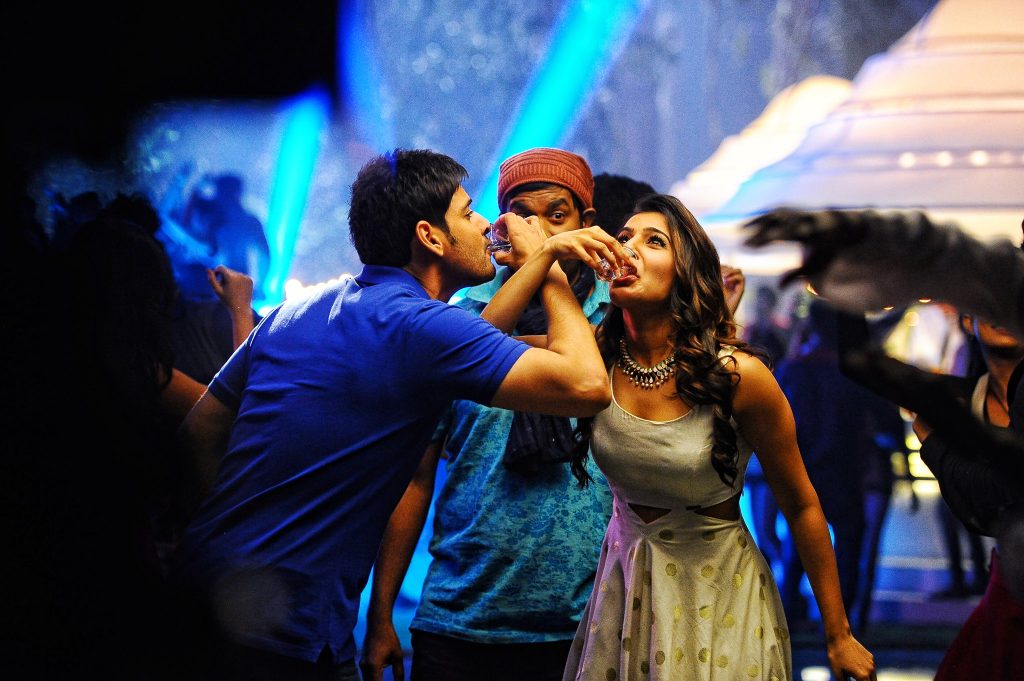 The second half is pretty America-returned girl Samantha Ruth Prabhu and Mahesh Babu going around the country, walking in Instagram-able streets in designer clothes, singing, dancing and fighting – all to discover his father’s side of the family. It got dull swiftly and I noticed some viewers walking away, but I was more patient, since the man with the alcohol stench next to me switched seats with his neighbour.

In the climax, Mahesh Babu kept going on about how his uncle (Rao Ramesh) was a good man but something happened to him, but I couldn’t hear clearly with everybody in the theatre shouting. They were hooting like students at a boring lecture, when the prof says he’ll take 15 mins extra from their lunch hour.

My cousin, who had accompanied me this morning, had objected and said no to my bringing my sister along. Though the theatre was nearly full, it turned out to be all men, with only five women that I could count. From what I gathered, most of the audience were heading to work straight from there. One man had come from KR Market after buying flowers for the temple – he was the priest! A while later, his neighbour walked in. Brahmotsavam is a slow film, and after the interval it only gets slower, and I wondered more than once if it had been worth it to wake up at dawn for it.