HomeCultureFinger Fries: Do Bollywood Actresses Have Their Ow ...
December 1, 2017 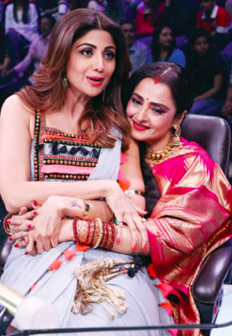 Bollywood actresses clearly have a strange private mode of communicating with each other, kind of like inscrutable plumy birds. Recently on the sets of Super Dancer 2, Shilpa Shetty complimented Rekha’s fitness and agelessness, to which Rekha responded by pulling her onto her lap to prove Shetty’s fitness. Because, why not? I mean, what else is there to do after a while. ¯\_(ツ)_/¯ 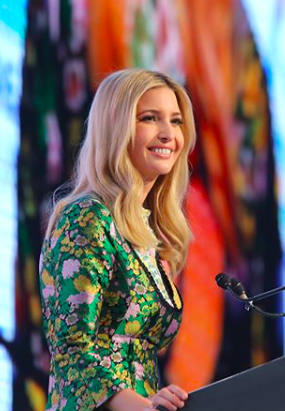 It’s confirmed that in the next few days, we will be flooded with photos of Ivanka Trump wearing a traditional Telangana sari. Film actress and Brand Ambassador for Telangana Handicrafts, Akkineni Samantha, gifted Trump the Gollabhama sari when she arrived at the GES summit in Hyderabad, and also seems to have pulled some strings behind the scenes. It’s being reported that Trump will necessarily be seen in the sari whether she likes it or not as “the state government has also made arrangements to make sure that all the women attending the event will be seen in the iconic Gollabhama sari”.

Manushi Chhillar has touched down in India after winning the Miss World crown in China, and all the crazy PR has already begun. She’s been giving interviews providing tips on communication (“say what he/she feels. It makes it easy”), her family’s take on practising medicine (“My father always says that a doctor is a half actor”) and her belief about the relationship between mothers and daughters (“magic”). All I want to do is spirit her away from the cameras and the paparazzi somehow and tell her to just take a deep breath, and that everything will be okay. What to do, I am also feeling a bit fatherly towards her after seeing this video of Chhillar giving advice on how to crack the medical entrance exam back in her first year MBBS days (“jis subject mein sabse zyaada problem aati hain entrance mein, woh hain physics because its all concept-based. But thanks to sir, he cleared all my concepts”). 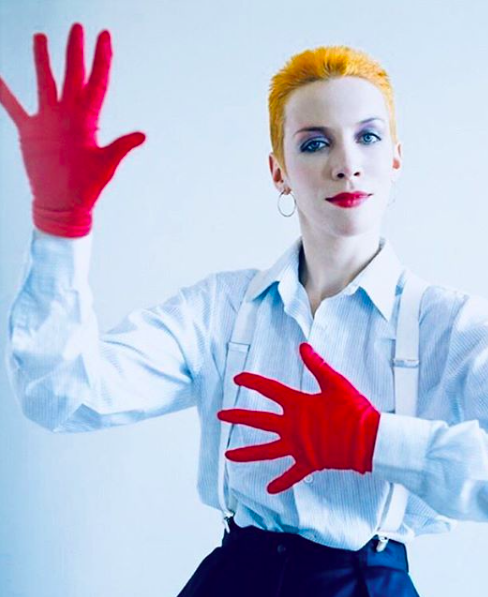 This is what sweet dreams are made of! Known for her hits Here Comes the Rain Again, Why and also for impersonating Elvis once, Eurythmics star Annie Lennox has been made the VC of Glasgow Caledonian University. You can be sure the students are in good hands: apparently, back at her time at the Academy of Music, Annie Lennox’s flute teacher’s final report stated, “Ann has not always been sure of where to direct her efforts, though lately she has been more committed. She is very, very able, however.” Two years later, Lennox reported to the Academy: “I have had to work as a waitress, barmaid, and shop assistant to keep me when not in musical work.” Ooh, Savage. With her latest encounter with the academic world Lennox has been more circumspect and merely reported herself in that constant celebrity emotional status: humbled. 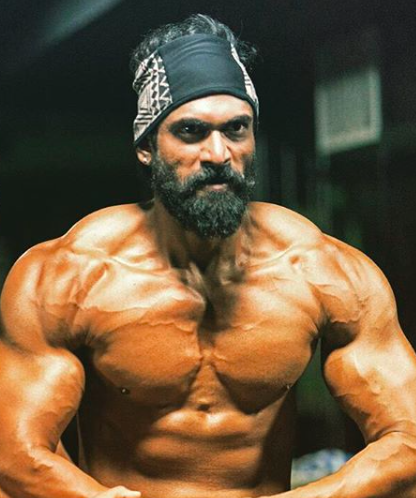 Elephant in the room

Rana Dagubatti has just signed a new trilingual (!) movie Haathi Mere Saathi and thus enlarges the vast literature of buff actors explaining the deep thinking they bring to their buff characters. Dagubatti says, “There’s a very exciting physical language to the character I’m playing in Haathi Mere Saathi and is completely different from what I’ve done in the past,” he says, “[Director] Prabhu Solomon’s passion for nature and elephants makes him the finest craftsman in the country who can handle a story like this.” The admiration for artistry doesn’t end there. Eros CEO Ajit Thakur revealed, “Elephants are among the most expressive of creatures and with Haathi Mere Saathi, we are hoping to present a thought-provoking film.”

We see you, Maddy

Since June 29 aka the day we were stunned into awed silence by actor Madhavan’s sizzling variation on ‘woke up this way’ we have been stalking his Instagram.

His feed has remained chaste and without surprises until this morning. Now there is this video of him making faces. Is he trolling us? Rejecting conventional beauty standards? What’s going on?