HomeBooksNandini Sundar on Working in Bastar and Being Labe ...
February 12, 2017

Author, activist and professor Nandini Sundar was in conversation with Prayaag Akbar about her new book The Burning Forest and her decades of work in Bastar, as part of the Times Litfest Bengaluru 2017, presented by ACT Fibernet.

This book is significantly different from Sundar’s other works on Bastar, since it’s directed at a larger audience outside of academia. The narrative is much simpler, and Sundar said she was glad to be writing it without needing to constantly footnote for once. She also spoke about the media attention Bastar receives, and said that there are clear media cycles and biases when reporting on Bastar: When Maoists attack police, there’s non-stop reportage, but when there are massive human rights violations by the police, there’s nothing.

When asked about how the people of Bastar deal with such comprehensive loss, and whether and how they recover, she said that nobody really fully recovers from the kind of ongoing violence and oppression the people in Bastar face, and moreover, no one has really attempted to find out about their mental state.

In the course of an hour-long conversation, she lightly touched upon the trumped up murder case that was filed against her in November. She said that lately, when she talks to people, she says that they should be careful and know who they’re dealing with, since she’s a “murder-accused” now.

We spoke to Nandini Sundar about her work, the murder case and her latest book. Edited excerpts from the conversation: 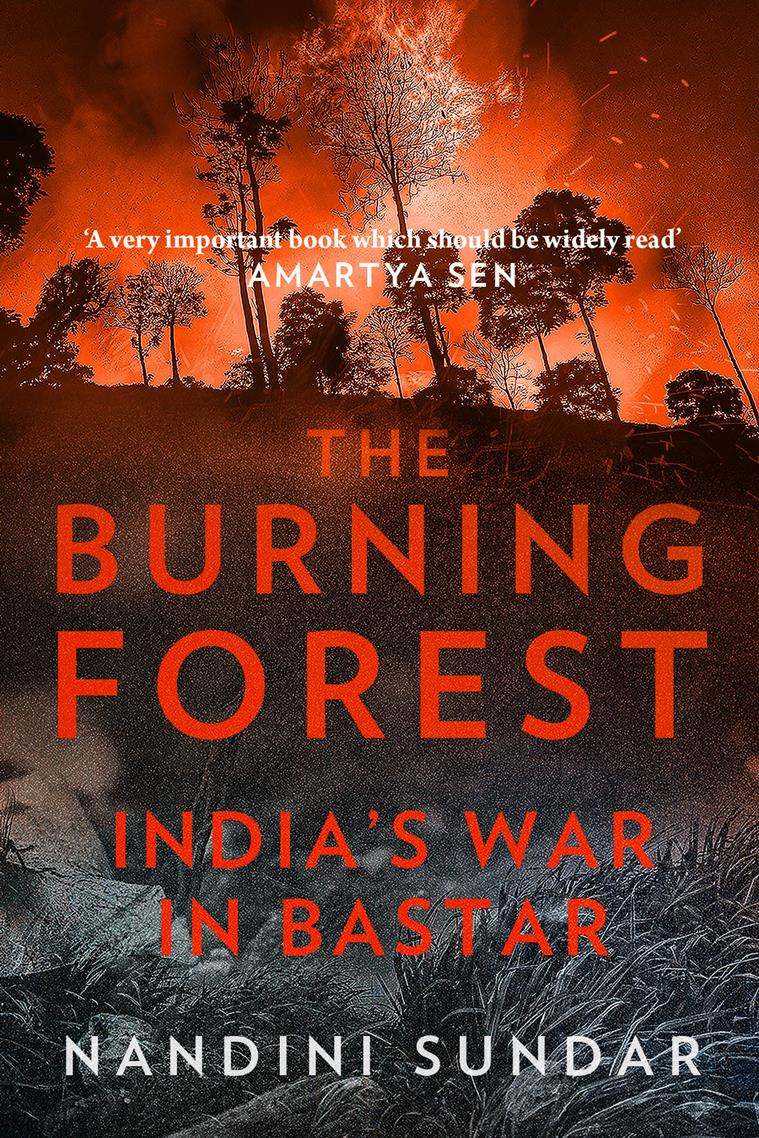 This book is quite different from the other works you’ve written. Why did you decide to write the book this way?

I chose to write in this style. My other books were more academic. I think by this point I’ve written in three kinds of ways on Bastar: One is academic, another is legal, and then there’s newspaper articles. So I guess this book was the fourth genre of trying to be popular writing. I just wanted it to reach a wider audience.

What are some other books that you think people should read to be informed about the conflicts and issues you work around?

I think one of the books I like on the Maoist issue is Understanding Maoists by M Venugopal, based in Andhra Pradesh. I think that it gives a good sense from a sympathiser’s perspective. I wish there was more work, I don’t really like anything much, because there just isn’t enough work. Most of the stuff that exists is journalistic; I don’t think we have enough research work done on this issue yet, so that’s something I wish people would do.

There is work on Latin America that I like a lot — monographs on Latin America, and those could be taken as a model to do research here, and to build models of activism. A lot of the Latin-American anthropologists have also been involved in various ways with movements there. They’ve been writing on Colombia and El Salvador, equally violent if not much much more violent and long-lasting conflicts. For instance, we don’t have a really good study here of how land-holding has changed, land-holding patterns, the land-holding movement itself. I think it’s hard for people to do research here. If you do fieldwork with a Maoist, you get labelled as a Maoist, it’s just utterly difficult to do research. There’s also a general underdevelopment of the academic field in India.

Can you tell me about the case you were recently embroiled in?

So for the last 10 years, the police has been harassing me in some form or the other whenever I go to Bastar. So for instance, in 2010 when we’d gone — and for the last few years I’ve started taking people with me because it’s dangerous for me to go alone now — they surrounded us with 50 SPOs and followed us everywhere. They came to the village where I used to do fieldwork and where I used to stay, they picked us up there and followed us everywhere, even to the bushes. Basically we were in their custody for a whole week. They said you can go wherever you want but we’re not going to let you out of our sight. So there’s no point going to the villages if you’re going to be followed by 50 policemen, right?

In 2012, they put out some stuff about how I met Maoists. My phones have always been tapped, that is normal, even in Delhi they’re tapped, but when I go to Bastar, I know I’m physically followed everywhere. There’s a dossier on me which is a given. But the harassment, the media black-mouthing — I mean, in 2008 they photoshopped a picture of me with my arms around an armed Maoist woman and showed it to everyone, right after we filed a case. They said look, she’s partisan, her case cannot be taken seriously. A lot of people told me they had been seen this photo. When I asked to see it I sent them a legal notice saying you’re defaming me by photoshopping this, then they said no no it’s some mischief, some rubbish! This kind of stuff has been going on.

So this year when we went, it was a combination of issues. One was this long-term harassment, one was IG Kalluri, who has been there since 2014 and has been harassing all the activists. So when we went to this village which the Maoists had attacked — and we wrote about it in our press release as well, we were blaming both sides — they said that we had incited the villagers to support the Maoists and threatened that if we did not help the Maoists their villages would be burnt. So they organised a dharna and got a false complaint filed. It’s been going on since May.

In November, one of the cases we’ve been fighting is about three villages that had been attacked in 2011. As soon as the CBI chargesheeted these SPOs, they burnt our effigies in seven police districts. They attacked Manish Kunjam, who is our co-petitioner and also the Adivasi Mahasabha leader; they attacked his press conference. The Maoists had killed this one man — we presume it was a Maoist, we don’t know — and the police said that we were involved in his murder, and rioting. I mean, we hadn’t been to that region for six months. All of us, six of us who went fact finding in May, were charged.

So then, because we were in court for any case — we were having bi-weekly hearings because of the CBI case — the judges could see that it was clearly absurd. So the state itself recorded that it would not pursue an investigation against us, we have an order that they are conceding that they will not do anything, and if they want to do anything, they have to give us four weeks notice, during which time we can approach the Supreme Court. The court should have just quashed it all, but at least they gave us some reprieve.

How do you deal with the pressure, the stress and the toll that it takes on you, especially when you’ve been working in the field for so many years?

It used to be a lot worse in the beginning. Now, over the last two or three years I’ve become less obsessed with it. It’s something that’s always there at the back of your mind, but on the other hand, because I have to teach and the department has its own rhythm, I have to study for class and go to faculty meetings. In the beginning it felt really schizophrenic — like you have this secret life in Bastar being surrounded by SPOs and then coming and teaching in class and arguing with your colleagues in faculty meetings. But for now, especially since there a lot more people working on this issue, I’ve taken a step back and don’t feel like I have to be there so constantly.