HomeNewsNotes on Breathing, Buying and Class Warfare in De ...
December 7, 2015 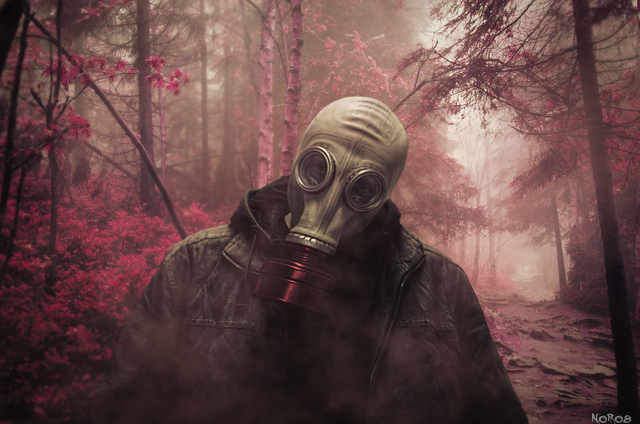 Back in Delhi after many days and find that we are really inside the type of science fiction novel that I’ve never been able to appreciate before. People on my Facebook wall are having serious conversations about air purifiers, the importance of keeping doors and windows tightly shut, and ‘vog-masks’, and the situation is so bad that it’s apparently okay to respond to a crisis of unsustainable lifestyles and urban planning with a plan for more shopping (I’m told around Rs 30,000 per room) and more social segregation.

Arkaja Singh is a Delhi-based lawyer and urban consultant.

B.
There has been noise on Twitter about Delhi’s odd-even vehicle control plan being bad for “productivity.” Similar arguments are being made for ecologically disastrous plans that will destroy the Western Ghats, mess with our rivers, and displace adivasi communities from their lands. Proponents of business-above-all-else may want to consider that unless we use empathy and restraint, there will not be anything left to be ‘productive’ for.

Shreya Ila Anasuya is a writer and activist.

Some of the responses with respect to private car control in Delhi have been shocking — from thumbing their noses at the order to “you really think I will travel with the masses” etc. It is astonishing that in spite of the crippling level of pollution in Delhi and ever-slowing traffic, this is the response. Would you rather not take an auto for 50% of the week for cleaner air and smoother traffic?

It struck me that this is the first time that our class has been called into action on any issue for the “greater good”. This is the first time, and probably the only time we will be required to sacrifice anything for the rest of the society, which we so blithely and comfortably ignore for most of our lives. We never need to know their side of the story because we never get a sense of their lives, or never need to. We never have to share anything with them. We just take the most and the best of it.

But air is so fundamental that for the first time our lifestyles are at stake. Air is for everyone, and now, our lives seem curtailed.

And right here is where we just might get to experience the consequences of our selfishness and where we finally, finally might have to share the burden of it. What will we choose? I have very little hope from mankind and even less from India. So, I am pretty sure that instead of choosing better air for everyone, we will choose a worse life for everyone else.

Padmaparna Ghosh is a Delhi-based journalist.

Space is a very real thing in Delhi, like some other cities but also unique in the way your home address defines your entire person. Saying ‘Vasant Kunj’, ‘Civil Lines’ or ‘Pitampura’ immediately sizes you up, your past, present and standing in Delhi. While the spacious bungalows of Sainik Farms and Chattarpur, the procession of cars, the malls – things built on and running on physical space all boast of the wealth and abundance of those who live there, places like Noida, “Jamna paar”, Badarpur border are commonly perceived as distant, polluted, spaces of lacking. As terrible as the polluted air is, it hangs over everybody’s heads from South to North and all around. While the concerns for air pollution, relocating, protection emanate from those who can do something about it, the others continue to live, breathe and consume. The real estate of smog is such that we all inhale tiny little bits of each other – through a lit cigarette, clouds pumped out by rickshaws and cars, a stove lit somewhere, careless rubble. The smog is a reminder that we have to share air, we have to care.

Noopur Raval lived and studied in JNU for four years. Now she is a PhD student at UC, Irvine.

One Tight Slap. That’s what you just did, Muffler Man.

A bus filled with ordinary people gets space to move fast, do more trips, carry more people, while the Even & Odd formula becomes an eww for the lal batti, for the big carwala who has to compromise. Every aam aadmi/aurat will smirk privately at the unmuffled symbolism. Congratulations, you may have just enlarged your vote bank.

How brilliant that you should find middle ground where self-interest meets public interest. (The BJP should learn.) Where better to do this than my hometown, where power smacks with its arrogance/ indiscipline at a red light. What better place, where the Central government dominates crucial city departments, unlike any city in India.

A good disruptor knows his plan. In one go, not only have the rich been provoked to examine their role in the problem, with you caring about their health. You have caused a ‘Delhi Dialogue’ to happen on pollution cutting across class/es. All this, while COP 21 is on. Giving one month to adjust/suggest/criticise, having your party folk on national TV speak calmly with Centre for Science and Environment research support in tow. A fab gamble.

I was an environmental reporter coughing my way out of South Extension when all the fuel lobbies along with the Sarkar wanted to kill CNG in 1996. The courts helped but Sarkar dragged and dragged. That you have been pro-active is what many Dilliwallahs may not recall, Congress/BJP in Dilli never was.

The smog that comes calling this January might remind them. Which is why I look forward to this tight slap, to this live battleground of ideas unfold on that rare Dilli luxury. An open road.

India too might watch this closely.
Inspiring – (which also means breathing in. When we don’t do that well, we expire…)

Do you have a note on air quality and class warfare? On air quality and gender? Is it under 300 words? Write to us at fingerzine AT gmail DOT com.
Image credit: Fresh Air by Norbert, CC by 2.0.
Share!
Tweet

One Response to “Notes on Breathing, Buying and Class Warfare in Delhi, 2015”