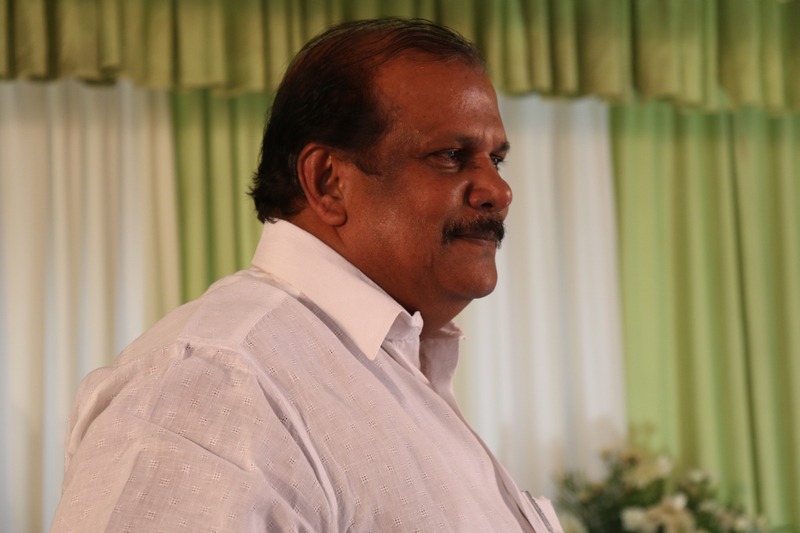 Are you a politician confronted by an incident of sexual assault in your constituency or in the public eye? Are you worried about what you should say? Chances are that you aren’t worried at all. Else, why would so many of you run around saying things like rape was caused by eating meat or mobile phones or wearing jeans or countless other tactics? On the slim chance that you would like to not be an ass, you can study the PC George handbook.

Given his name you probably think that this is some UN material like the Kerala Development Model. Sort of. Well, not at all. The PC George Handbook for Politicians Commenting on Sexual Assault operates on this principle. Think of what Congress MLA from Poonjar, PC George would do under the circumstances and then do the exact opposite. Else, you too could end up as the object of the Vaayi Moodu Campaign aka the Shut Your Mouth Campaign. Now Donne said ‘hold your tongue and let me love’. This is not what the campaign wants. Bishop Briggs sang “shut your mouth and run me like a river.” This too is not what the campaign wants. What the campaign started by Aysha Mahmood on September 10 is asking folks to send 67-year-old PC George rolls of tape to shut his mouth because he doesn’t know how to. And talking of Bishop Briggs, she isn’t a bishop. And this is a super addition to her resume because being a bishop in the church seems to be a rather iffy plan right now. Around the world, the Catholic Church has been proven to be engaged in both massive cases of abuse and even bigger cover-ups.

And in Kerala, as Firstpost reports, a “nun has been knocking on all doors for the past two years seeking action against Bishop Franco Mulakkal of Jalandhar, alleging that he raped her multiple times. The nun has accused the bishop of raping her at the convent’s guest house in Kottayam 13 times between 6 May, 2014, and 23 September, 2016. While the numerous complaints she lodged with authorities of the Church, including Pope Francis himself, since September 2016 did not elicit any response, the police have been dragging their feet in the case for the past 75 days.”

Now here is the thing, the police investigation says that the bishop did rape the nun. But still nothing seems to be happening to the bishop. So much so that other nuns have come out to protest the vile injustice against their sister and reform-seeking Catholics are petitioning the police for speed. This is where PC George comes into the picture. Take careful notes, neta log and remember to do the opposite of what George does.

On September 9 PC George organised a press-conference in Kottayam. At this press conference he tore into the nun’s credibility. According to News18, he said, “She says she was abused 13 times. How is it possible that she didn’t have any complaint 12 times and it only became rape the 13th time?”

Which brings us to the PC George handbook.

In September 2017, PC George allegedly sent human excreta (yes poop), to MC Josephine, the chairperson of the Kerala women’s Commission over differences that the two of them had over his remarks on the Kerala actor who had been abducted. So, here’s how you deliver justice, PC George Style. Or how two-year-olds do it. Perhaps we don’t need to tell anyone don’t send anyone poop but let’s just underline it. Don’t send poop

2. Maintain anonymity of the survivors of sexual assault

It was in February 2017, that an actor from the Kerala film industry was abducted and assaulted, a crime which actor Dileep has subsequently been charged with masterminding. In July 2017, PC George gave her name out to the media. Not stopping short with outing her, he denigrated her at a press conference, asking how she could have come to work the next day if she had been assaulted. We know MLAs don’t care much about the law, or discretion, but we didn’t know they didn’t care about common sense either. In the case of a young woman called Jesna who went missing earlier this year he announced that the police should investigate the father. The court had to actually step in and ask him to keep quiet.

3. The survivor’s sexual history is no one’s business.

Being a sex worker is work and no one need make any value judgements about it. But when politicians are calling women prostitutes it is all value judgement and nothing else.

Now we don’t know what twisted logic PC George is operating with which requires rape survivors to be pure as the beaten snow but it can’t possibly demand more ‘purity’ than a Catholic nun who has taken a vow of abstinence. Everyone is allowed the right to consent, sex workers, nuns and everyone else. In any case, calling the survivor a prostitute or whatever else as PC George has, please avoid.

4: Make fake ‘objective’ and ‘I am on the side of due process’ remarks about the accused when you are firmly on his side

Towards the end of the press conference, Mr George asked the Bishop to be jailed if the allegations were proven to be right, according to the New Indian Express

Now that’s the classic half-hearted ‘objective’ comment. Your organise an entire press conference slamming the complainant and saying that if she didn’t complain the first time, she can’t afterwards and then saying this. As if you are on the side of justice? You are not if you are leaning so hard to ensure the police can’t arrest the accused.

Step 5: Avoid Malayali women getting together to campaign against you

You know what they say about all publicity being good publicity? That’s one of the ways to publicity. We mentioned the #VaayaMoodalCampaign, where people are being urged to send PC some tape so that he can shut his mouth up. Can anything teach PC George to keep quiet? While that’s happening, you other politicians can learn to keep your comments to yourselves too. It is not a stupidity contest

6. Don’t forget that women go to church and women vote too.

PC George has blustered further yesterday that he is not scared of what the National Women’s Commission has against him. He has bragged that he has been voted into power. But what George and pal Francis in the cathedral has forgotten. Women vote. Women go to church. We will remember. If one morning your pews, real or metaphorical, are empty don’t be surprised.