HomeNewsRahaf Escaped But When Will the World Lean On Saud ...
January 15, 2019 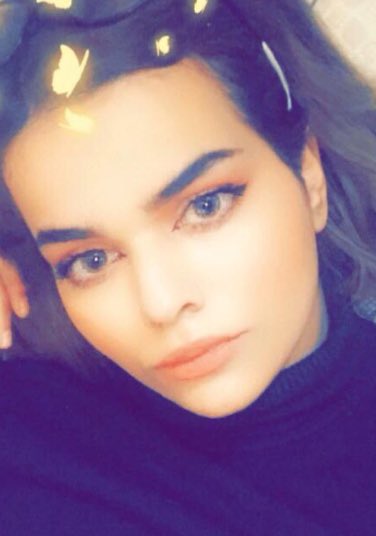 “There is no escape other than fleeing [Saudi Arabia]. There is no other way,” said Rahaf Mohammed Alqunun to the media before she finally headed from Thailand to Canada after being granted asylum by the latter.

Thailand was all ready to deport the 18-year-old back to her Saudi governor father till it gave in to the pressure of international attention and consequent shame. Alqunun had escaped her Saudi family a week ago by flying from Kuwait to Bangkok, but once there she barricaded herself in a Bangkok hotel room when Thai authorities blocked her from travelling to Australia to claim asylum. Then, she got on Twitter.

Her documenting of her ordeal online went viral and secured her stay in Thailand, where the UN refugee agency stepped in and ruled her claim for asylum valid. Alqunun’s father also arrived in Bangkok soon after his daughter but she refused to meet with him, claiming physical abuse and his attempting to force her into an arranged marriage. She also claims to have renounced Islam and fears for her life back home. When Australia dallied with her asylum application, Canada generously processed it in one day.

Alqunun’s social media acumen was so effective that the Saudi Arabian charge d’affaires complained to Thai authorities, “It would have been better if they had confiscated her mobile instead of her passport.”

Saudi Arabia ranked 138 out of 144 countries in the 2017 Global Gender Gap study from the World Economic Forum. It remains one of the most repressive places in the world for women. This no one challenges as a fact, but even in 2019, other nations seem loathe to shape their foreign policy based on Saudi Arabia’s continuing gender apartheid (unlike, say, how they responded to South Africa’s racial apartheid). For some time, Crown Prince Mohammad Bin Salman (MBS) seemed to even convince the world that his country would no longer have to be tied up in knots of denial—he was going to make Saudi Arabia a better place for women by lifting bans on their attending movies, music concerts with men, and driving.

But just as the shocking crimes MBS has been accused of have surfaced, including the barbaric drugging and dismembering of journalist Jamal Khashoggi, so also has the reality of the ‘new’ gender justice in his country. While the driving ban may have been lifted, women activists who worked towards the right to drive have been jailed. Other activists have been reportedly tortured in prison. And the number of women fleeing the country continues to grow as they try to escape the strict restrictions on their clothes, careers, social lives, and especially those of the male guardianship laws.

The male guardianship laws force every Saudi woman to have a male guardian. Beyond the government, this second layer of ‘guardianship’ ensures even greater control over all women in the kingdom, including their decisions to travel, marry, take a job, enrol in higher education, and take up some medical procedures. They even need their male guardian’s approval to be released from prison. This state of subjugation treats woman of all ages as minors and leaves them particularly vulnerable to violence and injustice. Guardian men manage their female dependents through a government website.

Just last November we heard of the young Saudi sisters found dead in New York’s Hudson River, with police finding they’d apparently preferred suicide to returning to their home country. Many of the women trying to flee don’t make it. In an already-forgotten, even wilder case from Saudi’s neighbour Dubai last year, India reportedly captured Sheikha Latifa bint Mohammed al-Maktoum in international waters off the coast of Goa and gave her up to her father, Dubai’s ruler and prime minister of the United Arab Emirates (reportedly on direct authorisation from PM Narendra Modi. The strategy has apparently reaped a return of favour in the detention and extradition of Christian Michel, key accused in the AugustaWestland helicopter scam, from Dubai to India).

Princess Latifa spent seven years planning her daredevil escape, and last March she finally drove across the border with a friend to Oman, and then set out by inflatable boat and jet ski through 26 miles to international waters, where another friend was waiting in a yacht. And then Latifa messaged family, an activist group and the media…but she got little response because her story seemed so fantastic and implausible. Latifa couldn’t get public support the way Alqunun did—perhaps due to her relying on the old media and activist networks rather than the crowds on social media. Tragically, she was captured and given up despite her claims of escaping torture, in violation of both international and local laws.

Alqunun’s ordeal triggered thousands of Twitter posts in Saudi Arabia this week discussing her case and the oppressive guardianship system. Egyptian-American activist and writer Mona Eltahawy claimed in a Twitter video that the guardianship system is “the foundation of patriarchy in Saudi Arabia,” and added a hopeful note, “Mark my words, [Alqunun] is going to start a revolution”. A Saudi hashtag that roughly translates to “remove guardianship and we won’t all migrate” trended in the kingdom this week, reminiscent of the “I Am My Own Guardian” campaign in 2016 that resulted in ending male approval for accessing government services. Even Faisal Abbas, editor-in-chief of the pro-government newspaper Arab News, wrote that it’s time for male guardianship to be abolished.

Human rights activists say that for every Alqunun who grabs global attention, so many more go unnoticed by the world. And even as Alqunun urges her followers to “fight and get your RIGHTS!” and heads for safe haven, we’ve seen once again how so-called progressive nations try to pretend nothing is going on with Saudi women. Unless they are absolutely forced—by Saudi women—to look it in the eye and blink.