“The value of a man was reduced to his immediate identity and nearest possibility. To a vote. To a number. To a thing. Never was a man treated as a mind. As a glorious thing made up of stardust. In every field, in studies, in streets, in politics, and in dying and living.”

Today, it will be one year since PhD scholar Rohith Vemula’s death. I was in my psychology class when I read Rohith’s note and this description of our minds as objects made up of stardust. When I looked up at the end of his letter, I saw that a friend sitting next to me was reading it too. For the rest of the day we were mostly quiet, and didn’t talk about it until late evening. When we did, we both said the same thing: Rohith Vemula had wanted to be a writer of science, like Carl Sagan.

Writer and activist Gogu Shyamala, who has been an important part of the formation of the Radhika Vemula Solidarity Committee for Rohith’s mother after his death, describes him as someone who “respected knowledge, and wanted a scholarly life”. As events quickly unfolded at the Hyderabad Central University (HCU) after his death, Shyamala seems to have felt the same disbelief that a lot of us felt, sitting in a college in Bangalore. There was, as she says, a lot of anger and sympathy — students coming together irrespective of where they came from and the caste they belonged to — at having lost an intellectual. 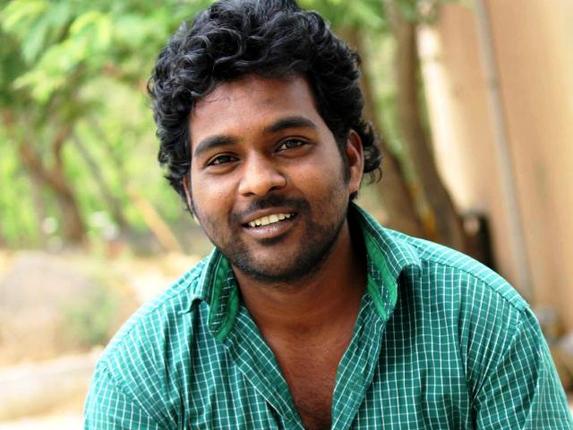 The problem that remained, however, was that many considered this sympathy as enough, and demands by Rohith’s family and students at HCU following his death were never met — “It was a way of saying, ‘we’ve given you sympathy, how can you ask for more?’ says Shyamala.

A professor of mine wrote of Rohith’s death in an editorial to a magazine of student writing in my college, as universities forgetting who they are meant to serve. In the last one year, it seems like many other institutions have forgotten this too. In the process, they’ve made certain that the anger that Shyamala describes has re-appeared time and again over this last one year — in HCU and at Jawaharlal Nehru University (JNU), in Una, at Udupi, in the Dalit Mahila Swabhiman Yatra, or at the ongoing protests for the young Dalit boys shot dead by the police at Thangadh, Gujarat, four years ago.

As activist Ruth Manorama says, “Rohith’s life and death is a witness and testimony to caste in India.” Because today, on Rohith’s first death anniversary, students at HCU have organised talks by the many people involved in this new wave of the Dalit movement at a programme called Shahadat Din: Radhika Vemula, students who were suspended at JNU, Najeeb Ahmed’s mother, Mohammed Akhlaq’s brother, and the family of the men beaten up by Gau Rakshaks at Una are all expected to be there. This is, as Firdaus Soni (a PhD student of Sociology at HCU who has been very active in the protests after Rohith’s death) argues, “An attempt to situate each of these events within the larger picture of caste discrimination in India, and show them as closely connected.”

What has 2016 been like for women involved in anti-caste activism most of their lives? According to Shyamala, this year was highly significant because of repeated protests and women’s participation in them. Made easier by social media, it has moved from small, individual and mostly regional protests to a scale that has brought visibility to the movement. Manjula Pradeep, former Executive Director of Navsarjan Trust (one of the oldest and largest Dalit organisations in Gujarat), and Manisha Mashaal, a Dalit activist, orator and movement singer, both say the same thing and in the same words — “Dalits have been treated as animals, but this year we have shown the government and fundamentalists that we will not be silent anymore.” And as Mashaal goes on to say, “The government has only been trying to tell us we have no rights, no adhikar, ki hum kisi ke laayak nahi.”

In the last twelve months, we have seen many protests. After Rohith’s death, Delta Meghwal, a young Dalit student in Nokha, Bikaner, was raped and murdered in March 2016. In April, Jisha, a Dalit law student in Kerala was also raped a murdered, resulting in massive protests both in Kerala and other cities. The Dalit Mahila Swabhiman Yatra in 2016, organised by the All India Dalit Mahila Adhikar Manch, began at the home of Delta Meghwal, attempting to engage in understanding problems faced by Dalit women.

When a group of Dalit men were beaten up by cow vigilante groups in July 2016 after they skinned a dead cow — just a week before this, Pradeep says that in an unreported incident, seven Dalit men had been beaten up for the same reason in Rajula — the Azadi Kooch or Una Yatra, which began on 5th August 2016, saw thousands of women and men marching towards Una demanding justice and the end of caste-based professions. A similar march, called Chalo Udupi, began in Bangalore after Praveen Poojary, who belonged to a backward caste, had been beaten and murdered by Hindu activists alleging that he had been transporting cows to a slaughter house. Demands in this march to Udupi not only called for action be taken against the accused, but also demanded that Dalit families be given a minimum of five acres of land, and the right to eat what they choose (including beef). In most of these cases, no action has been taken.

As Shyamala points out, these were all unprecedented protests — nobody expected thousands of people to march to Una and Udupi. Pradeep, who was very much a part of these protests at Una, tells us that these protests were not only limited to a few people: it included all the 32 Dalit sub-castes in Gujarat, including those who worked as weavers, those who cleaned toilets, and Valmikis. Pradeep also says that her colleague not only took part in the Una Yatra but also protested by throwing 25 to 30 dead cows in front of the collector’s office.

The year has also been significant for women. As Pradeep had pointed out in a previous interview with The Ladies Finger, women asserting themselves strongly is not an indication of visibility, because only men are recorded in history — nevertheless, women have come out in large numbers in each of these protests. Soni says that the protests at HCU following Rohith’s death saw a large number of young women joining in. She remembers the day that the Vice Chancellor Appa Rao Podile re-entered the campus on 22nd March, when the police resorted to lathi charges to beat protesting students. This time, much to the surprise of both the faculty supporting the administration, and the police on campus, women students came out in large numbers, demanding justice. (They also surrounded male students to stop them from being beaten by the police. Eventually the women started to get beaten up and dragged by male police officers too).

Here, Soni brings us back to Radhika Vemula’s struggle. Soon after Rohith’s death, questions were raised about his caste because his father was a Vaddera man — “Since we live in a Brahmanical, patriarchal culture, Radhika Vemula isn’t considered as having an identity outside of marriage. Her sons are automatically expected to take on their father’s caste,” says Shyamala. Rohith had been brought up in a Dalit waada after his mother left her abusive husband — the fact that Rohith’s experiences growing up were Dalit experiences, is something that gets easily ignored in the conversations about Rohith’s caste.

This struggle by Dalit women is also something we have seen happening more vocally in this one year, Shyamala says — “As in the case of Jisha’s mother, women who have loudly and firmly demanded justice, have been blamed and called mad.”

“How can you talk like that?” Shyamala says this is what Dalit women are asked when they begin to demand something — a question that Mashaal is all too familiar with. While the Una protests were very important to her in their own right, she also remembers how she was constantly asked to get off the stage and stay quiet — a man tried to grab her hand as she reached for the mic, and she had to pull herself free to be able to go up and speak. As Manorama is well-known to have argued, Dalit women are “Dalits among the Dalits.”

The last year has been full of energetic protests that have, with each new one, only picked up momentum. The presence of people fighting for justice from across the country, coming together in solidarity in each of these movements have only meant that much of the battle is the same. Mashaal and Shyamala are also quick to point out that an effective use of social media to spread news has helped — it has also given Dalit men and women a chance to tell their own stories in the way that they choose to tell them. This is also what the students of HCU seem to be trying to achieve with their series ‘Ekalavya Speaks’ under the Justice for Rohith movement, which allows students to come and share their stories of discrimination and harassment within the university space.

The flipside to the high-octave protests have been the government’s severe backlash. In the last year, we have seen the government cracking down on NGOs supporting the anti-caste movement by revoking their FCRA licenses. Navsarjan trust has been one such NGO that had its license revoked for indulging in “anti-national activities”, a term that we have become all too familiar with. There have been murders in the name of caste, as there have been in the past years, all thinly veiled.

But as Soni says, the fight will only continue. After Rohith’s death, there has been no way that students have been able to deny the existence of caste on campuses — something that all the protests in the last one year have also ensured in other parts of the country. Even if, as in the case of Navsarjan, an insecure government has revoked FCRA licenses, Pradeep says that the fight will go on even if it is momentarily slowed down. “We will keep fighting, and in the next year, we will bring more people — particularly women — to fight,” says Mashaal confidently.

As Rohith wrote in his letter, “From shadows to the stars.”

Dear Supreme Court, Where Should Dalit Women Look for Justice if All You’re Concerned About is ‘Misuse’?