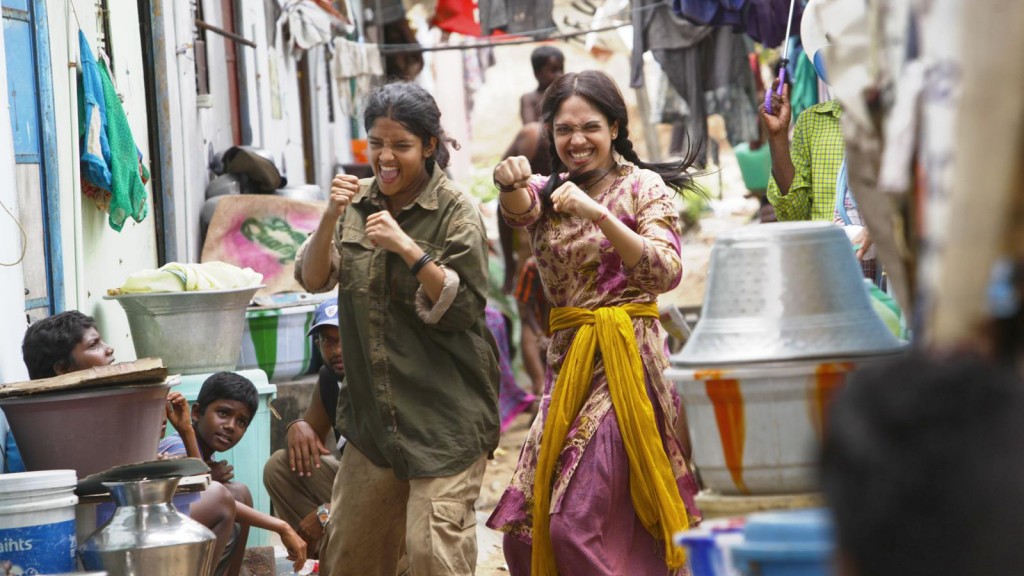 Saala Khadoos is a proper sports movie, a textbook example that follows all the rules of the genre. An underprivileged, underdog athlete is found by a passionate, down-on-his-luck coach: check. Together, they resolve their initial internal conflicts: check. Cue external conflicts that cause drama, which are then conquered: check. A secret strategy is passed from coach to the athlete, which ultimately helps the underdog win: check.

This movie has been playing hide and seek with our expectations ever since we first heard of it. It has a woman writer and director (Sudha Kongara), so big ups on that. Then the posters and title were all about the hero. But the trailer had us sit up and take notice because that made it clear it wasn’t all about the man and his new, beefed-up torso and long hair (as the press coverage and other publicity had made it sound).

Saala Khadoos opens with two men accusing each other of sexual harassment and one man grabbing another’s crotch. There follow a few minutes of Madhavan-porn. Seriously, no complaints there. The man may have lost some edge as an actor (perhaps) because he was producing this movie, and it was a character type he’s never been offered before. But in this new, rugged anti-chocolate-boy avatar, the man looks like he is an all-you-can-eat dessert coupon and I wanna wake up on a late and laidback Sunday morning, smoke a joint and cash that coupon in. For lunch. #CasualObjectification

Consider this a cough and a return to the original train of thought: After the Maddy-porn, we’re finally launched into the story of the female lead. Next comes a romantic subplot followed by a sexual harassment subplot, and you start expecting it all to collapse.

And yet it doesn’t. The filmmaker plays fair with gender and sports and romance. As a film about women’s sports, Saala Khadoos somehow manages to do justice to its women characters without getting into tokenism or pulling any punches about how women are forced or conditioned to operate in a masculine system. 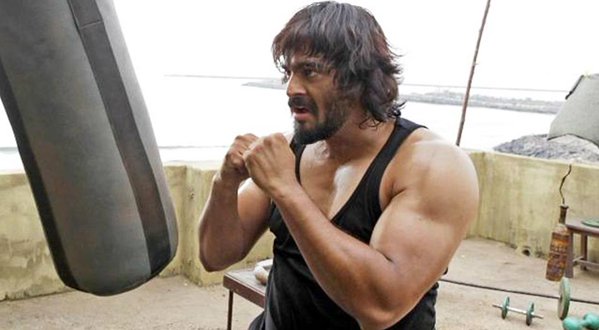 Madhavan’s Adi Tomar is an angry North Indian alpha male whose career and life have been scuttled by a cunning competitor – who also happens to be a sleazeball and the boxing federation chief. Adi coaches women boxers and is falsely accused of sexual harassment by the sleazeball. As punishment, Adi is transferred from Hisar to Chennai – apparently the worst district when it comes to women’s boxing in India.

Down South Adi meets Madhi (Ritika Singh), a Tamil fisherwoman who happens to be the sister of Laxmi (Mumtaz Sorcar), one of Chennai’s best boxers. Midhi turns out to be just as alpha as Adi, and he immediately recruits her into training.

So far, so template. Now come the interesting bits. The boxing sisters wonder if the rumored allegations of Adi being a sexual harasser are true, and so proceed cautiously with him. Adi’s intense focus on Madhi doesn’t help matters and we promptly get a showdown between the sisters. You see, Laxmi boxes in the dream of becoming a cop through the sports quota, and support the family, while Madhi just loves a good raging fight. In the film Iqbal, the sister helped her brother in his quest for sports glory, but sibling dynamics are apparently different when it comes to sisters – in Saala Khadoos, the patriarchal system dictates that they be competitive and jealous rather than supportive.

Of course, Madhi has the obligation to develop gooey-type feelings for Adi once she realizes that he is not a perv after all. Sporty or not, you expect the movie at this point to become all about the romantic subplot a la Sanjay Leela Bhansali’s Black and go straight to hell. Lo and behold, Saala Khadoos doesn’t and in fact subverts that cliché to focus again on Madhi and Laxmi’s other life priorities. 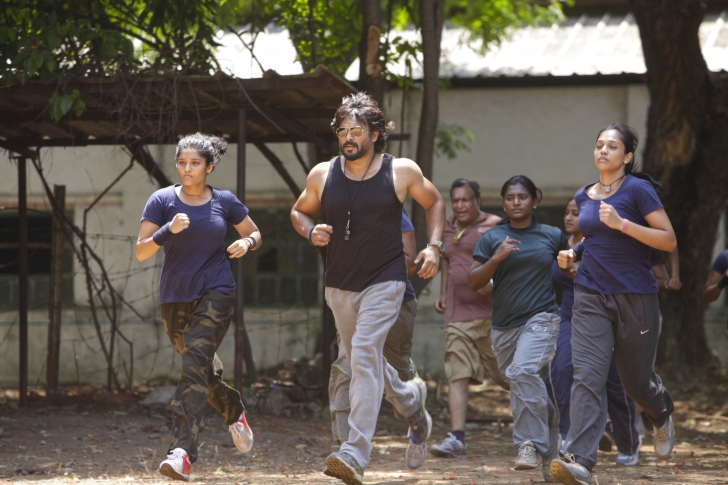 The romantic subplot is one thing, the sibling subplot is another. Laxmi eventually becomes so jealous of Madhi’s boxing and romantic progress, and stung with the belief that in sports women “have to go down to go up”, she sabotages her sister. Meanwhile, in another interesting twist, Adi is led to believe that Madhi lost the sabotaged match because of her romantic crush for him –thankfully, the filmmakers clearly establish that Madhi had no plans to lose and was just teasing her coach with ideas of romance.

The film slides into predictability after this – the villainous boxing federation chief does villainous things, including trying to assault Madhi (she punches her way out but doesn’t get any support from her teammates). Adi sacrifices his career for hers. What’s interesting instead is how Madhi learns a definition of “love” well outside the boundaries of sex, where she finds faith in Adi as a person as well as a fellow sports-lover. 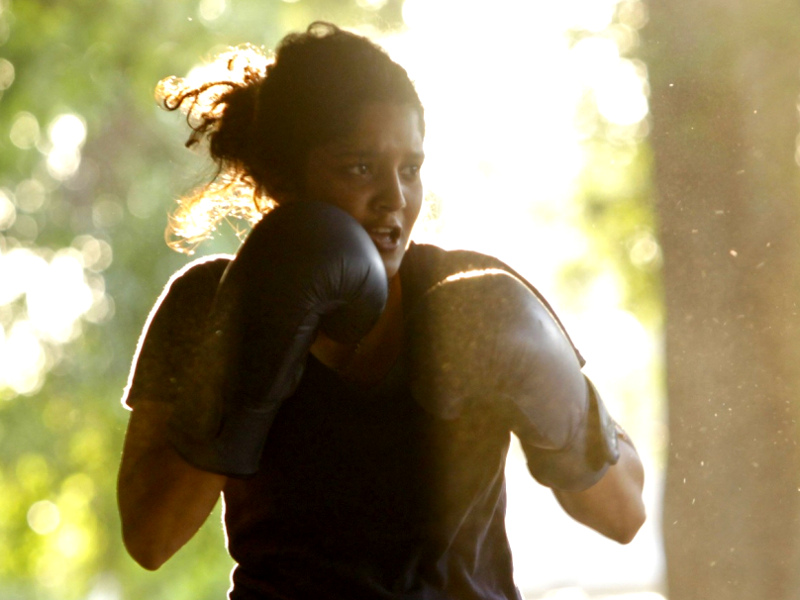 Instead of the guy’s story, there’s so much else to be enjoyed here. Of the side characters, the women get ample share of screen time (and not less than, say, the villainous federation chief). You might get excited by how Madhi, Laxmi and their mother beat up their drunkard father whenever he tries to take away their money. Or you might love how the mother brushes off the father’s objections to their daughters’ aggressive career goals.

Even in its use of sexual harassment as a plot device, this film first gets one guy to falsely accuse another. And then the male villain’s assault on the female lead happens off-screen, without Bollywood’s standard titillation of an assault scene presented as the acceptable sanskari version of a sex scene. All in all, Saala Khadoos isn’t very well-made, but it’s not a bad film if you consider the women in it.

10 Responses to “You Wanna Bite Madhavan the Chocolate Boy? Saala Khadoos’ Women are So Much Better”