HomeLifeWhy I Left Medicine for the Movies
September 3, 2018

In a small town, you often struggle to find people you can relate to. Growing up, I  thought there was something wrong with me because I wanted to become an actor. Everyone else was working towards becoming a doctor, engineer, CA. I wanted to study language and arts. But it somehow felt like a step-down. 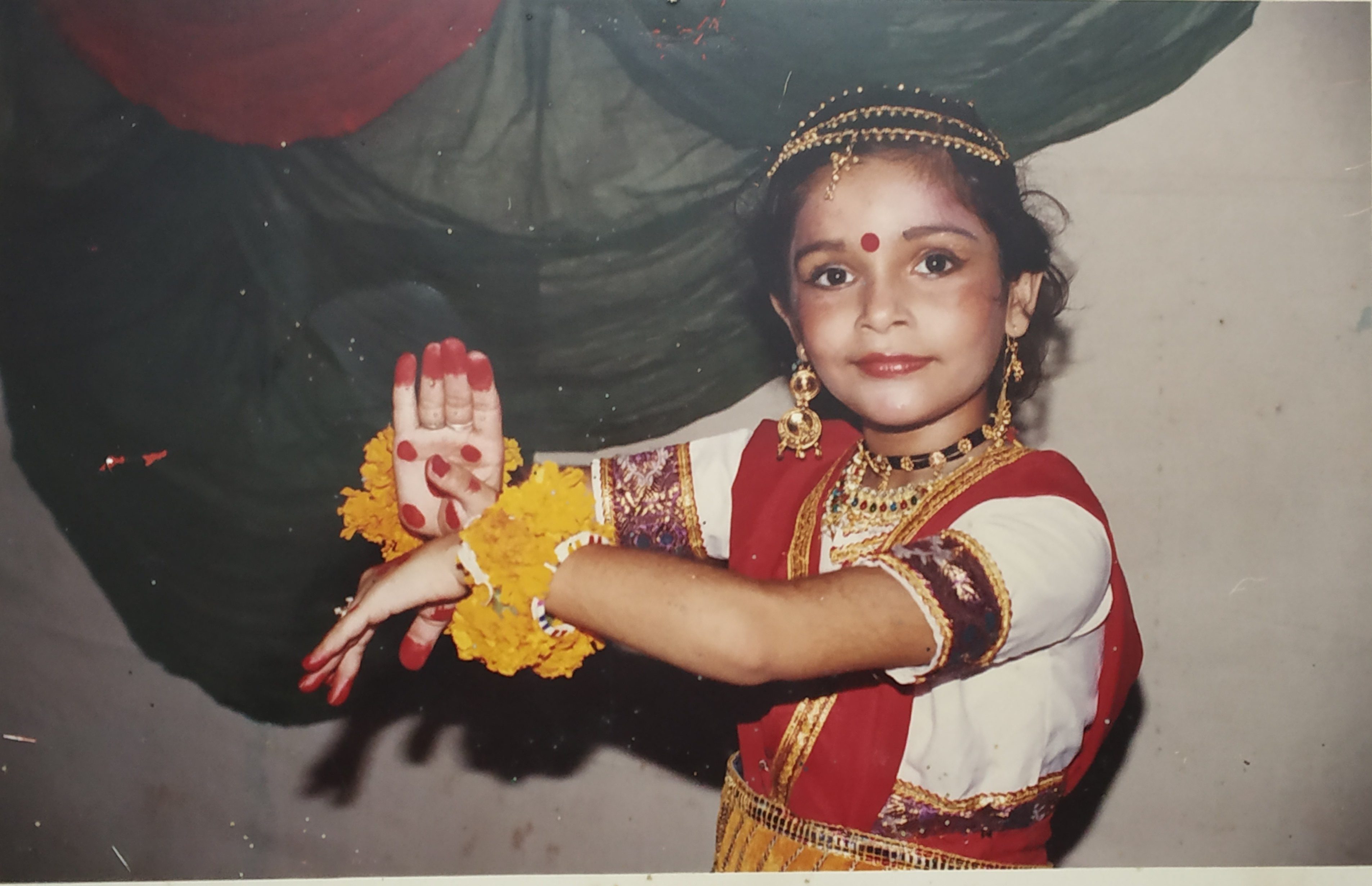 The culture in Jamnagar, my hometown, did not encourage the pursuit of arts as a profession. At best, it was a hobby that could be pursued in your free time. My own convent school did not have arts as an academic option. Acting also felt like a profession for the vain. It seemed frivolous, not something intelligent people would pursue. I read magazine articles in which people said they weren’t good at anything so they took up acting, ignoring the fact that they were probably good at acting. My parents say that I started dancing before walking, so they put me in a dance class when I was 3 and I was giving stage shows by the age of 5. In school, I definitely enjoyed being on the stage, being appreciated, winning awards for elocution, dance, acting. It was something extra I did beyond just getting good marks.

In class 10, I was determined to win an inter-house play competition. My father helped me Indianise and hugely condense Taming of the Shrew. I directed the play. We were in an all-girl school and I was to play Petruchio. I wanted to cut my long hair short – that is how much I was obsessed with the play. I got the best actor award and we won the competition. I also used to work in a well-known Gujarati theatre group in Jamnagar at that time. 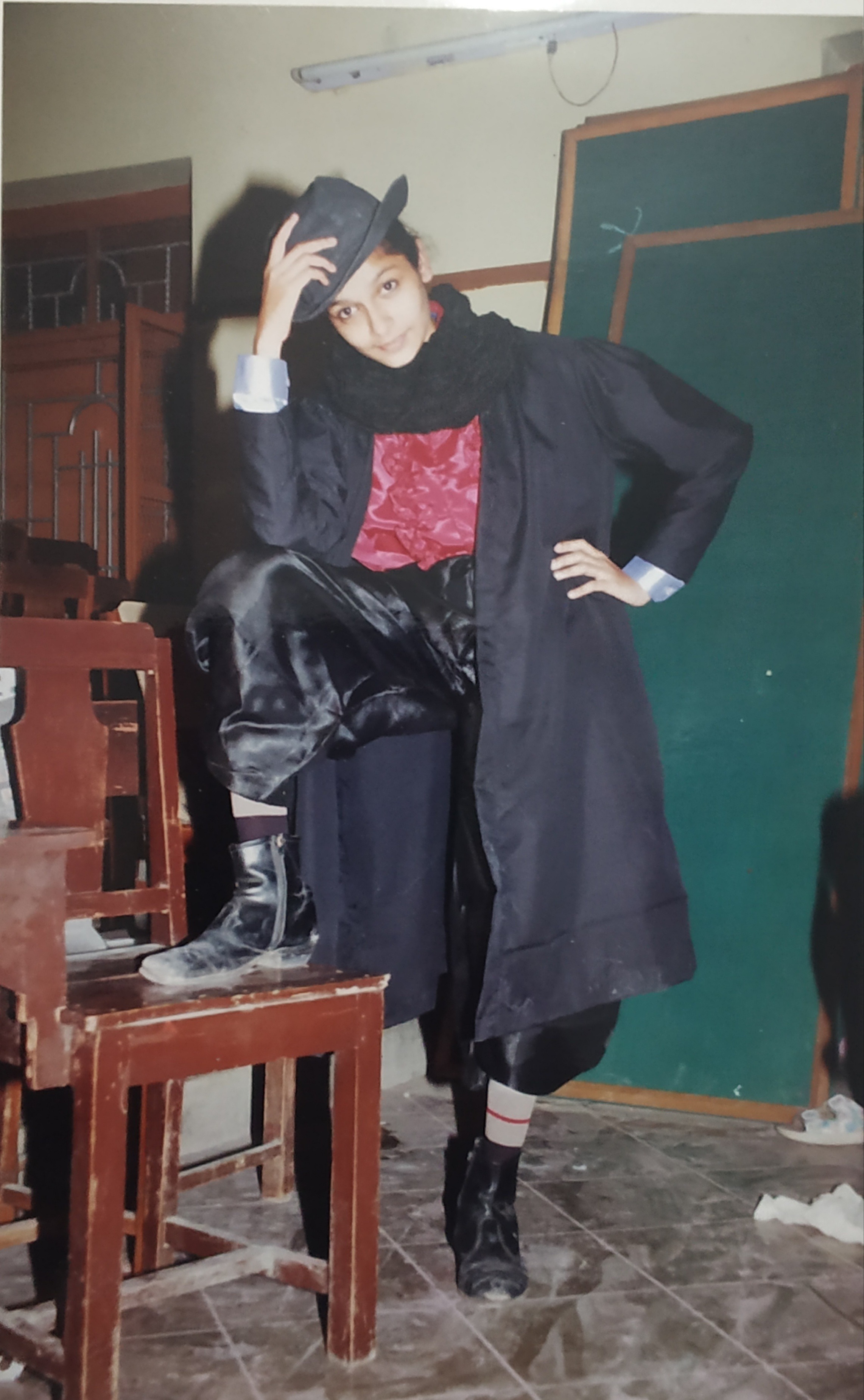 In class 12, I remember summoning up the courage to tell my parents that I wanted to work in theatre and films. They were like, ‘sure but you need to study and become something. All this you can pursue in your free time.’ My maternal uncle called and said, ‘this time will never come back. You can do all these things later. But you won’t be able to become a doctor.’Everyone said that it was the glamour which was attracting me. That the urge would pass. That I would be filled with regret. They were all wrong. The voice inside me just knew. But I didn’t have the conviction to follow it through.
I went to medical college in Pune. In my class of 150, I felt very lonely. Everyone was planning which subject they wanted to do their masters in. I was trying to find a way to Mumbai. In the meantime, I worked with a local theatre group.

I was 22 when I finished my MBBS and I applied for my medical internship in Mumbai. I got through in Sion hospital and I started working there. While I continued interning at Sion, I found theatre groups in Mumbai and started acting.

When I had completed my degree and told my parents that I am going to act, my mum asked me, ‘even if you have to do the saas-bahuu serials?’ I replied, ‘yes, even if I have to do those for the rest of my life… Acting is what I want to do.’

All your life you wanted to get to the Mumbai of your acting dreams. Then you get to Mumbai. Go to an audition. And realise there are thousands like you. In fact, if you have been called to a specific audition, you realise that you are not as unique as you think. You are a type and there are girls who exactly look like you.

Auditions are a bane of our existence. I still feel so nervous and tongue-tied in an audition. On an actual set, acting in front of an entire crew or even on stage in front of a large audience is so much better than auditioning in front of two people.

The difference is, on set you are performing to create something and all the units are working together even though they are looking at you. In an audition, you feel judged. The inherent raw desire of a human to be liked takes precedence over everything else. With acting it’s not just the craft. It’s an actor’s height, face, skin tone that works or doesn’t work for a character. A rejection is a rejection in all careers but with acting, it’s somehow personal. When you come to Mumbai, you do find a lot of like-minded people you can relate to. But the problem here is that there are way too many people vying for the same job. And it is dependent on others giving you the job. It is extremely difficult to get noticed or stand out in a sea of people who always seem more pretty, more confident, more privileged, better connected. You give auditions and you never hear back. It almost seems futile. You are surrounded by nepotism. It is an expensive city. The rents are exorbitant.

Most of the times, parents foolishly give a time frame to make things happen or ask their children to return. Not knowing that every ‘overnight success’ has toiled for years. (Luckily in my case, my parents have supported me from the day I showed conviction.) The desperation of being so close to what you always wanted and yet feeling like you have never been so far away from it gives you sleepless nights. You end up doing roles you are not happy with, hoping to get noticed. In a few years, you don’t know what to tell your family back home. You avoid family functions because people will ask what you are doing with your life. It is embarrassing to ask for money from home. And then if a big producer or a director calls you for a meeting, you just have to go. This is your one chance to rise above those thousands who audition every day. You know that if you get that one meaningful role, it could change your life. It is that one role, one film that you are fighting for. Also, no one openly talks about the casting couch. It’s all hearsay and rumours. Sometimes the rumours are so horrible that you wonder if it could be true. You think that it must be an exaggeration.

I remember coming home from a meeting. I opened the door and collapsed on the floor crying. I was so angry at myself. I kept asking myself why do I want to go through this? Why am I torturing myself? Is it worth it? Why do I want to act? It’s difficult to answer this question. When I was younger I would say things like I don’t want to do a 9 to 5 job, I want to travel, I want to live multiple lives, etc. All of it is fine but not the real reasons. Nothing else interests me much. I am alive and I am emotional but nothing else gives me a reason to keep going except films and acting. It might be a depressive attitude, but nothing in life makes sense and somehow films help me make sense of it all or if not that, then at least document our human experience and the fact that we existed. Maybe it is a form of escape from the reality of life or maybe it is more real than life itself. I think if I could, I would do something else. This line of work is chaotic and unethical sometimes.

It’s so much rejection and heartbreak. But I don’t think it’s in my control. I love being on the set and everything to do with the movies and I will find a way to be in them, near them, till the end of my life.

When I was 12 or 13 I started realising that a lot of things remain unsaid and people don’t talk about or confront difficult emotions. But acting allows you to do and say things, which normally you wouldn’t. I felt like there was freedom in being an actor and I wanted to be free. When you work in a scene and you create a moment of truth with your co-actor – that’s the moment I live for. I was casting for a film recently and I knew I wouldn’t get to act in it. But I got to act in the audition room, watch other actors act and I got to direct actors and it kept me going, even though the money I made was peanuts. I think it was just the joy of creating something.

I think as artists, we are eternal optimists. We are ready to take that one in a million chance, because we rather go through the heartbreak, in the hope of something working out than doing absolutely nothing at all. I have been working in theatre, ads and films for some time now. Recently, I was in a music video for Agents of Ishq and that was so much fun.

And last week my film  Natsamrat released to rave reviews, which is a Gujarati remake of a hit Marathi film (based on Kusumgraj’s play about a theatre actor) and I play the role of Natsamrat’s daughter. Even after becoming a certified doctor, I find solace in acting. A lot of people ask me, why did I give up medicine? Didn’t I like it? I think highly of doctors and respect them for what they do. It’s not that I have a problem with being a doctor. It’s just that I am in love with films and I can’t live without them.

It’s the lover I have to be with, as opposed to the arranged marriage I got into with medicine.

My heart has always been here in Mumbai and now here I am.