HomeLifeWelcome To My Catalogue Of All The Kinds of Trolls ...
August 1, 2018 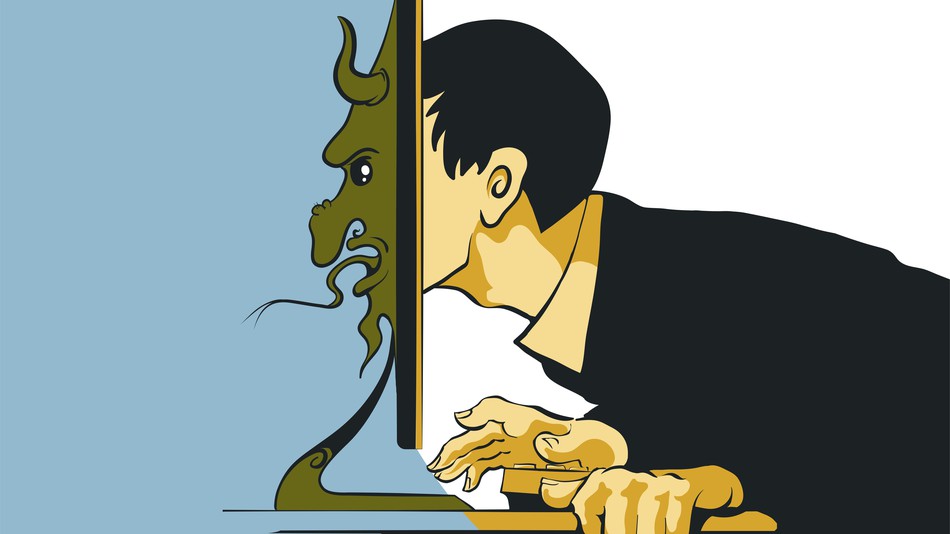 Since when did a creature from Norse mythology become the plague of our online lives? ‘Trolls’, dwellers of caves, isolated rocks, or deep forests in these ancient tales lived far away from human beings and led their own trollish lives. It is quite unfair that the internet has usurped the name of these somewhat harmless beings to use as a slur for those rather loathsome humans who encroach on our virtual social spaces stalling and disrupting conversations, discussions or debates that may have relevance to our lives. A quick research points to the 1980s when the word ‘troll’ first appeared as an internet slang, to be added to the Oxford English Dictionary in 1992. While almost anyone may be bait for trolls for what they post on social media, women seem to specifically attract their attention.  While generally the targets happen to be women who are independent, fearless in expressing their viewpoints and speak up against discriminations and injustices in society, they also do not leave out any other woman, including those from their own ilk if such a woman were to say or do anything that they feel is not playing by their rules. Majoritarianism thrives on such trolls and their bullying online and brings out the most regressive tendencies of society to the surface through their persistent attacks on women. That was my TED talk on trolls, thanks for coming.

For viewers at home, I have put together a taxonomy of online trolls that women can be aware of and take necessary action against. While trolls attack everywhere from emails to YouTube videos to blogs, I am focused on social media sites. 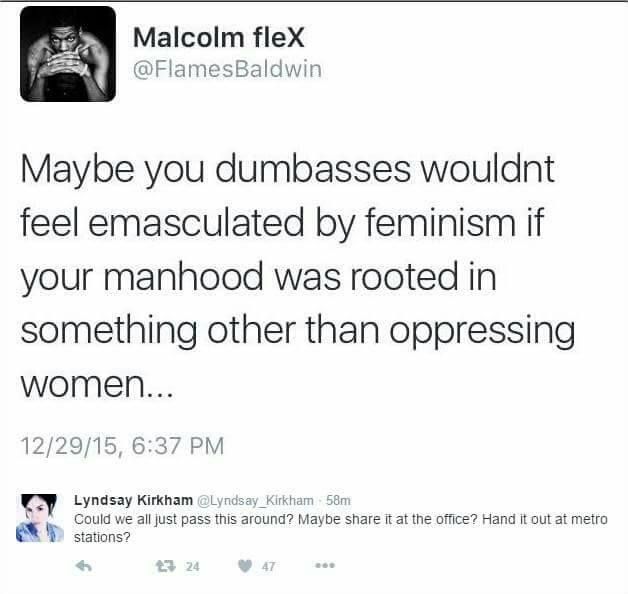 They are classified here below – not in any order of importance but that of how I experienced them over the past few years on my page and those of my friends:

Affliction: These are trolls in the garb of men. Or, the other way around. Their ambit of engagement is very wide including raising objections to women who say dreadful feminist things like demanding equality and justice, to women who say… just about anything. They are shocked and offended at the terrible reality of women having brains or the ability to speak their mind. They jump deep into conversations which, are none of their business or, in which they can offer nothing, that many online interest groups now mention ‘no men allowed’. Their posts can range from the ridiculously silly to darn nasty depending on their craving for misogyny. Their tactics include shaming, humiliating, demeaning, and threatening women.

Action: Memes or feminist posters that show the middle finger in various aesthetic styles and genres can throw them off. Especially surrealist techniques like the ‘Metamorphosis of Narcissus’ (Dali, 1937) or, ‘The Middle Finger 13’ (Naoto Hattori). But if you have a lazy Wednesday afternoon (never waste any weekends on these) when your boss is being particularly boorish, take the time to punch holes in the non-arguments of trolls. Only if you do not have some other important things to do like filing your nails.

Affliction: These are unique creatures to be found on pages of famous talented people – mostly artists or writers. They first abuse the host for their political or social points of view and then add at the end lines like ‘but I love to listen to your music – you the best’ or, ‘but you are my favourite poet and I cannot spend a day without reading your writing.’ They have absolutely no sense of the irony of such statements juxtaposed right next to those that berate the host for opinions like same-sex marriages should be legalised. They are also incapable of understanding why their deep submission as a fan is not enough for the famous person to reciprocate with submission to the fantroll’s regressive socio-political ideas. And this offends them further. The injustice then eggs them on to further malign the host. Of course ‘dil pe patthar rakh ke’.

Action: Only those of us who are super talented and/or famous will face these creatures so I have been saved from them. But I have seen some of my friends respond with style. The best that works is ‘thank you for your kind gesture’. They might respond with a smiley and move on to greyer pastures. 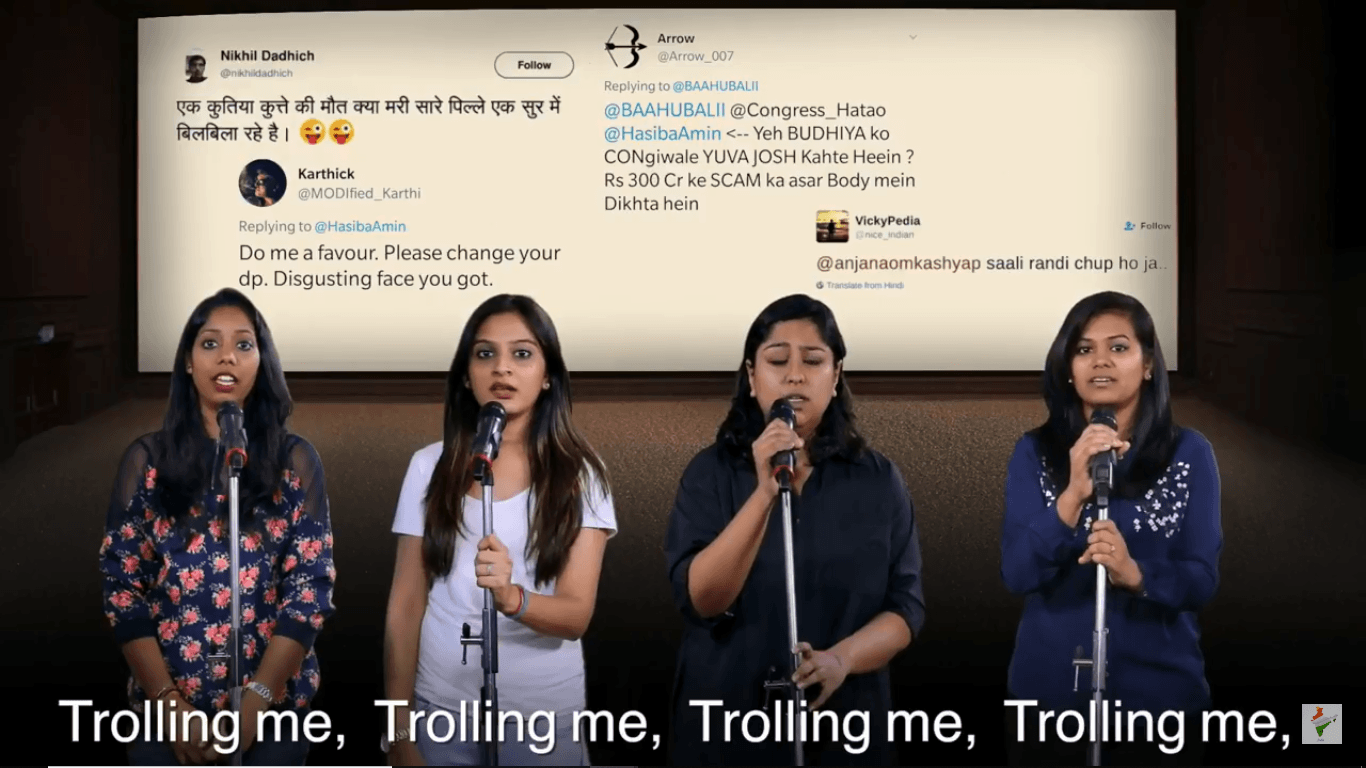 Affliction: These trolls are very boring. They know philosophy, card tricks, politics, spiritualism, stock market, medicine, horse trading and other such allied areas of study. Basically they ‘know-it-all’. And they cannot contain the knowledge in themselves which comes pouring out on pages run by women. These jewels of thought are mostly not related to the topic of discussion but then how can one question such profundity! And who knows, perhaps the apparent lines of wisdom from the Upanishads may have a relevance to the chronic peptic ulcer that is in discussion. Also, a quick internet search generally proves that the knowledge that they spout are often erroneous. They have skipped going to schools where they teach you to name your sources and references. It is quite enough for them to know that they know and then it must be known that they know. Again, very boring.

Action: This can be fun. Search the internet for absurd quotations from the 17th or 18th century. Pick two lines. Add a few sentences with javascript in it. Paste under their comments with a line that reads, ‘But you could also consider….’ The further away in relevance it is to their post, the better. 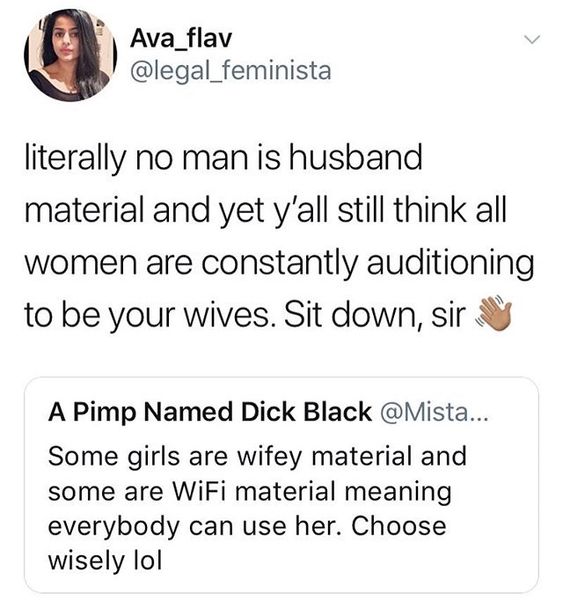 Affliction: This troll is the most entertaining of trolls. Sort of ‘consters’ of the troll world. They cook up and scavenge all sorts of fake news and hoax materials to establish their non-existent points. Some of the tales are quite fantastic belonging to the museum of the absurd. They are geniuses at creativity. At a moment’s notice, they can shape-shift countries, timelines, histories, and even people. They are pretty good at all sorts of computer programmes that enable masking and morphing. Their only problem is that by lying all the time and over time they tend to start believing in some of their own creations and get their tails in a twist.

Action: If you are feeling generous you could use the hoax slayers available online to burst their bubble. But if you do not have the time then a simple superlative like ‘Wow’ would do. That generally makes them send more fun stuff your way.

Affliction: These are those about whom it has been said that ‘more harm has been done in this world by people who are well-meaning’. They write as if the only thing they care about is your well-being. Like those old times when ‘shubhchintaks’ would send a letter to your father if they saw you with a handsome boy chatting in the park. And like those then, these now too, in reality, are only interested in causing grief. Only in the name of your general good health.

Action: Write a prescription for their affliction that reads ‘no business of yours’.  They will be ‘hurt’ and quiveringly depart, or they might lash out at your ingratitude. Either way, you will be rid of them.

Affliction: These are serious trolls. Totally morally righteous. Will show each woman her place low down on that moral register your mother never introduced you to. These trolls often go back to unidentified ‘ancient’ times when women were ‘good’, if not ‘people’.  They lament the glorious past profusely while establishing moral and ethical superiority over the host. They are also experts in all kinds of adverse effects for women of short skirts, deep red lipsticks, eating chowmein and driving cars. Their specific anguish is often directed at working mothers and single women – the two ends of the ‘responsibility’ spectrum of the burdens that women must bear – or the lack of it.

Action: You can either self-declare yourself a ‘chillam chhap mataji’ or ignore. You cannot get through the stringent rigour of their uptight righteousness any other way. 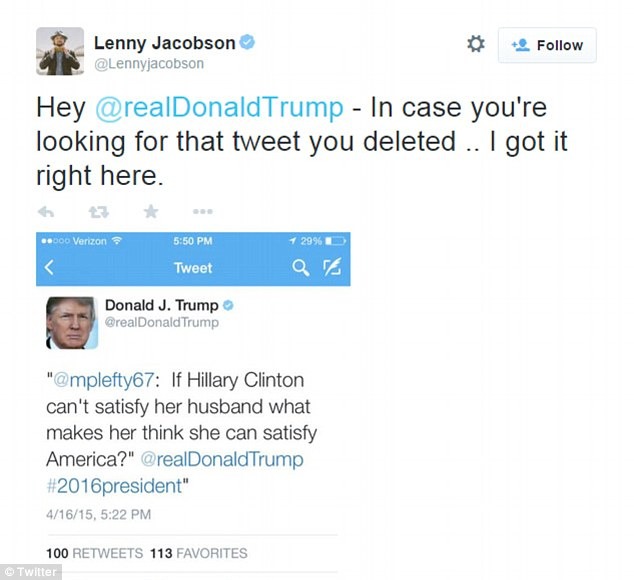 Affliction: These trolls want to shut you up no matter what you are saying. Shut you up, put you away, pull the shutters in front of you so that you are not heard or seen ever again. They are vitriolic at several levels and no engagement of any kind is possible with them since they are pretty militant about you being silent and invisible. They might give several reasons as to why they think that’s best for humanity but, soon it will be evident that their intrinsic problem is that you happen to be a woman. And that too one who thinks.

Action: Feed them their medicine. Ban them from your page by agreeing to their logic of wanting to ban you. Another way to get back at them is by hiding their comments as a ‘hellbanned’ user. Their comments end up being visible only to them and then they dwindle with the lack of engagement.

Affliction: This is where the rape threats, acid attacks, and picture of the door of your house with a ‘I know where you live’ comes in. These are violent and malicious trolls who feel they have a right to scare women with the most obvious insinuations. Cowards that they are, they feed on the fear they try to perpetuate and are atrocious bullies. But like all bullies and cowards, they wither and disappear when faced with strong and formidable opponents.

Action: Name them, shame them, report them. Do not ignore them. And if they persist, lodge an FIR, seek solidarity, and make their living hell.

In Chinese, trolling is referred to as ‘bai mu’ which literally means ‘white eye’. It refers to eyes without pupils. While pupils allow us to see, the white around it does not. So basically this means blindly speaking utter garbage online. Trust the Chinese of the ancient wisdom for finding such a term for trolls. As far as I am concerned there was a time I actually liked those mythological creatures in Scandinavian tales, otherworldly beings who lived far away from human habitation and had nothing to do with the human world.

Arundhati Ghosh works and lives in Bangalore. She loves writing in Bangla and can rarely be inspired to do so in English. This was one such.