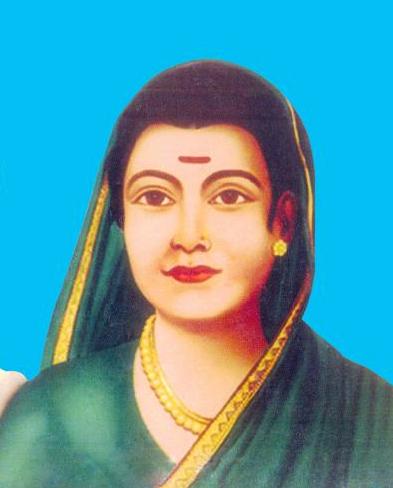 Savitribai Phule (1831-1897) is considered one of the first-generation modern Indian feminists. January 3 marked her 184th birth anniversary. Here’s why you should know more about her.

Savitribai along with her husband Jyotirao, was a staunch advocate of anti-caste ideology and women’s rights. The Phules’ vision of social equality included fighting against the subjugation of women, and they also stood for Adivasis and Muslims. She organized a barber’s strike against shaving the heads of Hindu widows, fought for widow remarriage and in 1853, started a shelter for pregnant widows. Other welfare programmes she was involved with alongside Jyotirao include opening schools for workers and rural people, and providing famine relief through 52 food centers that also operated as boarding schools. She also cared for those affected by famine and plague, and died in 1897 after contracting plague from her patients.

She was a pioneer of women’s education.

At 17, Savitribai began teaching and in 1848, the Phules set up the first school in India for women at Bhide Wadai in Pune. Savitribai set up and ran many more schools for girls from oppressed communities. In 2014, the University of Pune was renamed Savitribai Phule Pune University in her honour.

She started one of the first women’s rights organisations in modern India.

In 1852, Savitribai started the Mahila Seva Mandal to help create awareness among women of their social status and rights.

She wrote an inspiring collection of literary works.

Savitribai’s writing ranged from poetry in folklore form, collected in the anthologies Kavya Phule and Bavan Kashi Subodh Ratnakar, to essays such as ‘Karz’. She also edited some of her husband’s speeches for literary publication and published some of her own speeches. Apart from its literary and political value, her works, on subjects such as education, caste, and liberation of untouchables, serve as valuable historical documentation of the times.

The Phules supervised marriages without the presence of Brahmin priests, and formulated a new religion called Sarvajanik Satya Dharma – ‘the Religion of Universal Truth’.

She wasn’t just a mute follower of her husband.

As her letters to her husband show, she was as devoted to her work as she was to him. When Jyotirao died, she lit his funeral pyre and carried on their work after his death. She looked after their organisation, Satyasodak Samaj, in the years that followed.

For more on Savitribai Phule, head over to Round Table for a series of thoughtful pieces on her. For even more, check out Forgotten Liberator: The Life and Struggle of Savitribai Phule, edited by Braj Ranjan Mani and Pamela Sardar.