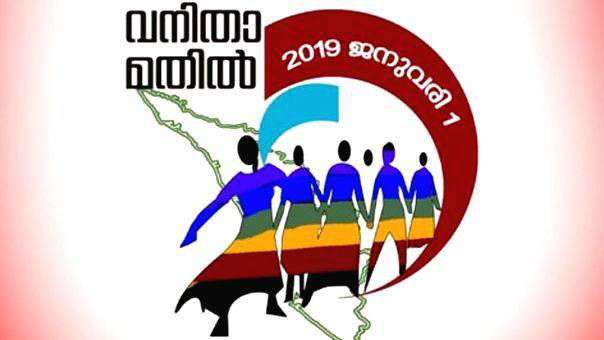 On 26 December 2018, right-wing Hindu groups in Kerala organised an event called Ayyappa Jyothi in anticipation of the ambitious Women’s Wall/Vanitha Mathil protest against patriarchy that the LDF government had scheduled for January 1, 2019. Thousands of people turned out with diyas and chanted in praise of Ayyappa. As always, I am filled with admiration for anyone who can get middle or upper middle class people out of their homes for anything so you know congratulations to all parties concerned for engaging in excellent photo-op warfare. I did have mild nausea when I saw some of the media coverage though. It was as if the pages had been designed by Raja Ravi Varma’s ghost. The lamp-lit, adarsh nari or adarsh baby photographs at dusk was even captioned on Malayala Manorama’s front page (Bangalore edition) like Ravi Varma would have. Waiting for Papa while defending Hindu Pride with a Serene Smile.

The genuinely pretty photos seamlessly fit into a certain kind of upper-caste Hindu pop culture Kerala sees plenty of on television and in cinema. Old grandma come down in the world addressing her granddaughters as kutty in a trembling, long-suffering voice as Kutty in starched sari prepares to go to office to support the crumbling tharavad. Savarna Culture as Malayali Culture. As Gentility. As Normal. The appearance of 80s good girl movie actors Jalaja and Menaka at this protest only added a little more feels. (If you have read or watched any MT Vasudevan Nair then you will know what I mean when I said the photos felt like #OppolRedux.) It was what my good Malayali friend likes to call Dignikutty. What my good Punjabi friend likes to call Performing Politics as Matrimonial Ad. Really few of those Ayyappa Jyoti photos would have been out of place on a matrimonial site.

Luckily, my tiny home state even in these genteel times continues to have lots of bloody-minded non-genteel instincts. So on January 1, 2019 when the Vanita Mathil rose it looked like anything but suitable girls. In all, 50 lakh women are said to have turned up in a chain stretching from 620 km. What women wore at this event were working clothes. Saris. Salwars. Since the Wall was the coming together of many organisations, lots of photos included women in uniform saris. Nurses in white. Nuns in Habits. Women in Hijabs. Actor Rima Kallingal in a white sleeveless top and dark pants. Many wielded umbrellas, caps and dupattas on their heads to deal with the afternoon sun. Small girls in their best, voluminous frocks and kannmashi-lined sceptical gazes in the afternoon. A sari-wearing woman striding forward with her fist in the air and a baby at her hip, never mind the government’s mumbling that children should not be brought to the Wall. In the Malayalam equivalent of As If: pinnale!

Now if you are wondering why I am talking about what women wore at a major political event as if I was an E!News reporter at the red carpet, come on! You know that what women wear is a major political event. Major anti-caste struggles in Kerala were borne out of women’s protests about humiliation via clothing. In Vaikom Basheer’s best-known novel Mathilagal (Walls), Basheer and Narayani are madly in love but always separated by the wall of their adjoining prisons. Now those walls were literal but some bricks in our metaphorical gender prisons are clothes, folks. When women’s clothes and bodies cease to be political we won’t have to line up in the afternoon Kerala sun to mark our humanity. And Prime Ministers won’t try to sound deep and knowledgeable about Gender Equality Vs Tradition.

You know who agrees with me about the significance of women’s clothes? Shefali Vaidya, a confident woman you’d know about only if you are on Twitter. On January 2, 2019 two young women entered Sabarimala, a full three months after the Supreme Court gave the green signal and a day after Kerala Chief Minister demonstrated the Malayali buy-in with Women’s Wall. Promptly came the temple priests wanting to faint, rise and wash everything with Dettol because everything now so dirty, I will arise and go live in Innisfree. Shefali Vaidya was concerned but cautious because she suspected the two women were burkha-clad heretics not disrespectful Hindu women bent on sacrilege. (Once not so long ago Pakistani security expert Zaid Hamid, engaged in sartorial political analysis like me and Shef, was convinced that 26/11 was done by Sikh RAW agents called Amar Singh and Hiralal because Ajmal Kasab aka Amar Singh wore a orange thread on his wrist) Friends and foes had to reassure Vaidya that the two women’s black clothes were not burkhas and just the black gear worn to Sabarimala.

Images of actual burkha clad women at the Women’s Wall were a major source of moral fibre and roughage for online critics. Hijabi women were frequently mocked for having the gall to protest patriarchy when they were wearing ‘garbage bags’ or ‘dressed like penguins’. The troll gold-standard emoji of laughing-till-tears was very much on display. The photo of a hijabi woman holding up a poster against Brahmanical Patriarchy was particularly held up as fodder of comedy and unintended irony. Now who is to explain at length that the metaphor of Brahmanical patriarchy is an affliction that affects women in every religious community. If only in the last two decades we had watched 300 Malayalam/Hindi television shows of women in hijabs leaving their house to support the family then perhaps it would be clearer that the Noble Feminine with a Mind of Her Own is not limited to the white Trivandrum sari and the heirs of Menaka and Jalaja.

In case you worried that the trolls were only going after Muslim women, not to worry. There were plenty of equal opportunity attacks against Christian women. The presence of groups from churches and the presence of nuns triggered lots of darkly knowing conversations about ricebag converts, paedophiles and rapist priests. Meaning that Christian women from whichever denomination should not publicly protest anything until every Christian denomination has been cleansed of every last sexual predator (not just Jalandhar diocese Bishop Francis Mulakkal) like presumably the tantri is cleansing Sabarimala right now. Not to be repetitive or anything but pinnale! Also this is the time to discuss Sister Lucy.

If you are saying Sister Who, guys come on! Sister Lucy Kalapura. She has been a vocal supporter of the nuns battling Bishop Mulakkal and has faced a lot of criticism, abuse and institutional reprimands for her clarity. Yesterday Sister Lucy wrote a Facebook post in support of the Women’s Wall. In the accompanying photo Sr Lucy who is usually seen in a habit was wearing a green salwar kameez or as Malayalis like to call this favourite ensemble — Churidar. Sr Lucy took time to address that important detail. Her clothes. She says, “I am travelling. For convenience I am wearing a common Indian outfit. I don’t want any priests to see my clothes and wrinkle their brows or beat their chests or go running to our superiors. [After all] priests can wear anything they want. Unlike nuns who decorate the altar with flowers, or sweep and swab or wash clothes, for whom [regular clothes] is banned.”