The life and career of Sonal Mansingh, the renowned Indian classical dancer, has now been recorded in a new book. The great thing about Sujata Prasad’s biography Sonal Mansingh: A Life Like No Other (published by Penguin Random House) is that most of the chapters are written in a no-nonsense question-answer mode. 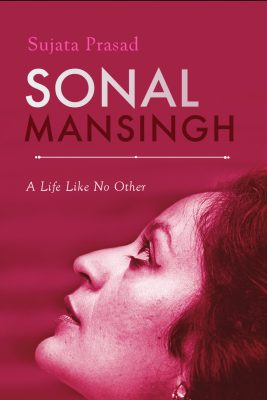 Prasad asks Mansingh about a host of topics, including her music tastes, which vary from Bob Dylan to Kishori Amonkar, what she did during the Emergency, her first dancing lesson with a Manipuri teacher in Nagpur at the age of four, and beginning Bharatanatyam dance before the age of seven.

Here are five fun things we learnt from the interviews with Mansingh:

1. Mansingh as a teenager

She describes her adolescence as ‘kitschy and teenage’, and spent her free time having long philosophical discussions with her grandfather about history and literature, writing letters to friends, and going shopping for kanjeevaram saris. On one memorable occasion, she even shared her very first gin and lime with her gurus. But she was hardly at a loss for things to do, because dance had become her world. Soon after her graduation, she ran away from home, leaving for her guruji’s house in Bangalore in order to pursue dance full-time:

“I left home rather dramatically, packing my essentials in a Girl Guide bag and an old holdall, and slipping out to take a BEST bus to the Victoria Terminus station.”

Mansingh says she had an ‘equal passion’ for both dances, and can’t choose one favourite. She was taught Odissi by the famous Kelucharan Mohapatra in Katak, and her rigorous training in Bharatanatyam helped her learn the basics of Odissi pretty rapidly.

“Bharatanatyam is majestic, geometrical in conception, architectural, whereas Odissi is lyrical, graceful, and sculptural.”

After her marriage to the Indian diplomat Lalit Mansingh, Mansingh was based out of Geneva for a while. She loved it, but the only hitch was that her landlady wasn’t so happy about the loud thumping noises she could hear, and one day gave her a talking to about it: “You look so tiny, how do you manage to produce such earth-shattering sounds? My chandelier is swaying crazily and will break!” So Mansingh had to hunt for other places to practice, the spare rooms of friends or empty cellars.

4. On socialism and the Emergency

Mansingh was part of a young socialist group, which included the journalist George Fernandes, the author C.G.K Reddy, and the politician Madhu Dandavate. She says her “closest friends were poster boys of resistance”. The Emergency felt outrageous to her because of its blatant violation of people’s constitutional rights, and she was thoroughly disturbed by the number of people she admired in the arts, like poets Girdhar Rathi and Baba Nagarjun, who were imprisoned: “It felt as if the country was disembowelling herself.” For her part, Mansingh refused to dance at certain events organised by the government.

Mansingh, when asked whether aspirational dancers can begin their journey on YouTube, isn’t so sure. “YouTube cannot produce talent that can be taken seriously,” she says (while sounding a wee bit snarky about boogie, salsa and zumba, which she says you can learn online by imitating dancers). Mansingh declares that online learning isn’t bad for learning the rudiments of a form but can’t impart a knowledge of the rigid structure, musical aspect, and discipline of classical dances, for which she thinks there’s no way like learning from a guru. Because according to her, classical dance needs you to be thoroughly committed: “It has to consume you fully. You have to be at the edge of madness.”

Guess Which Political Party Has the Highest Number of MLAs and MPs Declaring Crimes Against Women?

This Young Artist is Portraying Indian Women Smoking, Chilling Out and Just Casually Being Goddesses