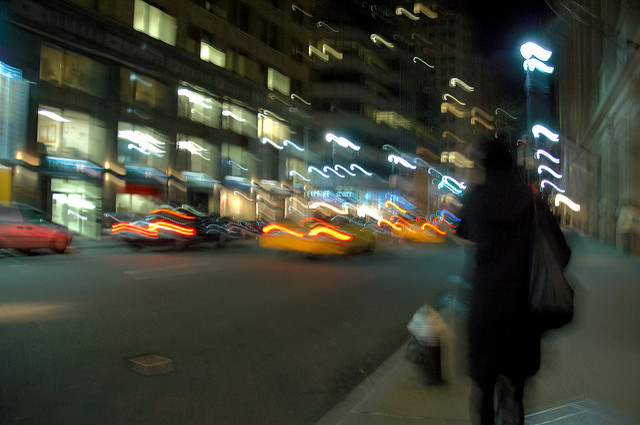 On 24th October, two women died. One in Telangana and the other in Gurgaon. The first is A Srilatha, principal of education at Trident School in Narsinghi, who hanged herself after being stalked and harassed by R Sridhar, principal of administration in the same school. The other is Pinky, a woman from Shillong who worked in a parlour in Rohini, who was viciously stabbed to death at MG Road Metro station at around 9.40 am (an incident which has been caught on CCTV camera).

In the Telangana incident, most reportage mentions the stalking as ‘alleged’ and ‘reported’. Sridhar was a member of the school board and held an obviously important administrative post, and so Srilatha never reported him asking her for sexual favours, for fear of losing her job. The hierarchy that existed between them has been mentioned incidentally, and has not been explored further.

In the Gurgaon incident, many of the headlines seem to focus on the rationale behind the stabbing, or completely irrelevant incidental details. Aside from the fact that almost none of the articles agree on her age, they carry headlines such as these: “Gurgaon Shocker: North-Eastern woman dies after being stabbed 10 times at MG Road Metro Station”, “Stalker stabs beautician to death at Gurgaon Metro station” and the ever-so-dramatic “Jilted lover stabs 18-year-old to death inside metro station”. The articles contain gory details about how many times Pinky was stabbed (which also ranges from 10 to 30-odd) and where. They also mention that the accused was an auto driver in whose auto Pinky used to travel to and from work, and that she felt him follow her and called her husband minutes before the incident.

On June 24th 2016, S Swathi, an Infosys employee, was murdered at the Nungambakkam railway station in Chennai with a sickle by P Ramkumar while she was on her way to work. Ramkumar had allegedly been stalking her online and in person. After the incident, the accused reportedly continued to be angry at Swathi for having insulted him. He had attempted to slit his own throat when the police tried to capture him on 1st July, and he was kept in the hospital block in Puzhal jail so that he wasn’t attacked by other criminals. On 18th September 2016, Ramkumar allegedly committed suicide.

On 27th August 2016, a correspondence student of Delhi University was set on fire in her own home by Abhishek, the main person accused in the case, who showed up at her house, accompanied by several other men, after she did not reciprocate his advances.

On 18th September 2016, Lakshmi, who worked as a domestic help, was stabbed in Inderpuri in south-west Delhi by Sanjay, a taxi driver. The harassment and stalking had been reported twice. The first was on 3rd January 2015, and the second on 30th November 2015. Manoj, her husband said that the police had a ‘mediation session’ in October 2015, where they made Sanjay give in writing that he would not harass Manoj’s family further. Also, after the stabbing, the police reportedly refused to help take Lakshmi to the hospital. In this particular incident, the accused slit his own wrists and eventually died, but there were rumours and incredibly insensitive reporting about them having been lovers after the fact.

The Gurgaon incident is eerily reminiscent of the Burari stabbing which occurred on 20th September 2016 (“Burari: As victim lay in a pool of blood, stalker who killed her called police”). In this incident, the stalking had been reported, but a ‘compromise’ had been reached. This murder, too, was caught on camera.

According to the 2015 National Crime Records Bureau (NCRB) data, 1124 stalking cases in Delhi was second in the country only to Maharashtra, which recorded 1399 cases. On the NCRB website, in “Figures at a Glance – 2015”, stalking is not one of the offences. Also, in the table on “Cases Reported under IPC Crimes relating to Sexual Offences During 2015”, two of the categories are “Assault on Women With Intent to Outrage her Modesty” and “Insult to Modesty of Women”. This is three years after the Criminal Law (Amendment) Bill criminalised stalking and sexual voyeurism.

All of these statistics, however, do not encompass the horror of the video footage of a man having to be hit by a table fan to physically incapacitate him and prevent him from stabbing a woman repeatedly in MG Road metro station (which is flagged by malls on either side) in broad daylight, as in the case of Pinky. It does not account for the fear of professional repercussions in the workplace if one reports such incidents, as in Srilatha’s case.

The police have said it’s not their fault, it’s a “perception problem”. They have also said, “If a man is stalking a woman everyday, she should indeed complaint [sic] about him every day.” Articles like “Are you being stalked? Act before it’s late” with a classification of the kinds of stalkers, the Bollywood glorification of stalking, and preventive measures along with helpline numbers (1096 for Delhi, and 0111-23219750 for the rest of the country).

But no matter how much we intellectualise it, as long as the law is not enforced, it will not matter. In 2015, 84 percent of stalking cases remained pending in court, only 26 percent were convicted, and 83 percent of those accused were given bail. With statistics like these — despite the CCTVs, despite the helplines and safety apps like Himmat (which have been ineffective at best) — is it any wonder that women are afraid, all day, every day?