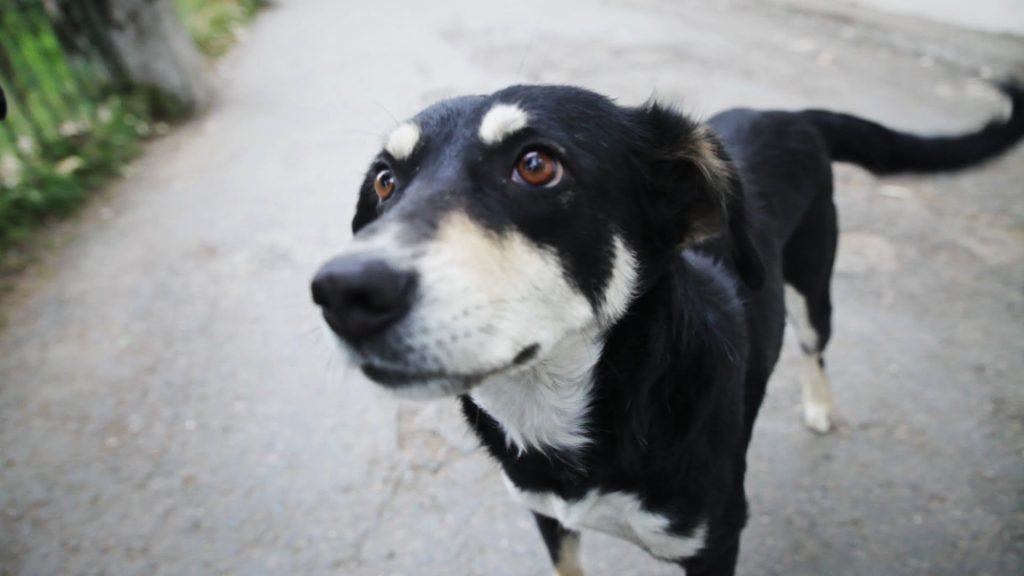 Back in August, when stories about attacks by stray dogs were beginning to resurface in Kerala, the well-known newspaper Malayala Manorama published what they called a photograph of a woman being attacked by stray dogs in Palakkad. According to the News Minute, the photograph’s caption said the woman had been attacked by strays, and was helped by locals who heard her screams.

The News Minute, which seems to be the only website to have reported this, said that the photograph itself was not actually of the incident, but had been taken a year earlier. The man who realised this (because he knew the woman in the photo) complained that the woman hadn’t even been attacked by the strays, and Malayala Manorama then ran a clarification two days later.

Sreekumar, who called out this mistake, said the photograph had been manipulated to suit the “trends”, perhaps referring to the many newspapers that have been running story after story of people who have been attacked and ‘mauled’ by stray dogs in Kerala.

The ‘stray dog menace’, as it is being called, began to be covered extensively by the media when a 65-year-old woman succumbed to the injuries she sustained after she was bitten by a pack of strays at Pulluvila beach. Rumours spread that the Kerala government had decided to cull strays, and Supreme Court (SC) lawyer Prashant Bhushan said he would go to court if the government did this.

Chief Minister Pinarayi Vijayan immediately clarified that the government’s decision was to implement a sterilisation programme. Since then, we’ve seen businessmen and politicians encouraging people to kill strays, Maneka Gandhi saying that sterilisation is the way forward, and the SC passing an order that dogs were not to be culled. As of October 20, the SC slammed the Kerala government for its inaction.

But has the stray dog crisis in Kerala been manufactured by the media? Sally Kannan, who is the Honorary Animal Welfare Officer of the Animal Welfare Board of India (AWBI) and also works with Humane Society International, says that articles in local papers in Kerala on October 20 ran headlines about the SC, which they said had also called for the elimination of strays. The SC committee had, however, actually been formed to look into whether compensation had been paid to victims of dog bites. Similarly, articles like this, with a suitably horror movie-like headline that begins, ‘Stray dogs on the prowl’, and this one, with its sensationalist headline ‘Do India’s stray dogs kill more people than terror attacks’, or others that use photographs of dogs angrily baring their teeth, feed the growing panic. What we haven’t seen in such a number are reports about the government’s decision to finally implement an Animal Birth Control (ABC) programme that other states actually had many years ago.

This is not to say that these attacks have not happened, or that this isn’t an issue that needs to be addressed. There have been terrifying cases, such as one in which an 11-month-old baby was bitten in her house at Kodur, and many more reports of attacks on women and children.

To Kannan, the media has been a major part of creating the hysteria around stray dogs over the last year. “People realised this news was selling faster than any other story, so a range of pieces on stray dog attacks that wouldn’t otherwise have been written started to get published,” she says.

According to news reports, over one lakh cases of stray dog bites have been recorded in Kerala in the last year, and according to Health Minister KK Shailaja, a total of 31,114 people have been bitten by strays in the past three months alone. However, as Kannan is quick to point out, this data is inconclusive: these are alarmist numbers that have fed the growing hysteria — “None of the health records have any demarcation between bites caused by stray dogs, and the bites by pet dogs, and so there’s no proof for any of these numbers,” she says. Last year, Ernakulam General Hospital provided data that in the 1,074 dog bite cases reported in the hospital between January and July, 75.6 per cent of the bites had been by pet dogs.

Appallingly, people like industrialist Kochouseph Chittilappilly and social worker Jose Maveli (who runs an orphanage and a group called Stray Dogs Eradication Group), have been sharing these reports and call for the culling of strays — in various Facebook posts, Chittilappilly has offered Rs 50,000 to those who kill 10 strays.

Everything seems to be just a reaction based on a lack of awareness — thoughtless reporting has aggravated people. We’ve seen such articles in the news so much that it seems normal for people to announce a discount of 10 per cent for people wanting air guns to shoot strays (the discount is 25 per cent for those who have a police case against them for killing strays). At least 120 stray dogs were recently killed across Ernakulam and Palakkad, and in a separate incident, members of the youth wing of the Kerala Congress marched around Kottayam carrying a pole with stray dogs they had killed tied to it.

What is the media not reporting on enough and how complicated is this issue? Kannan has been accused of fighting for animal rights over the lives of people (yes, people like Chittilappilly and Maveli are seen as fighting for human lives). But media houses have hardly stopped to consider that one of the contributing factors is a severe lack of proper waste management systems.

Kannan, who is in charge of training people (particularly those who have previously killed dogs) to administer the ABC programme in a humane manner, with the least amount of trauma for the dog, also says that she has learnt from these men that often they would actually kill friendly strays, because they only needed the money. The only proof they needed was the dog’s tail or the dog’s body, and neither of these can say if the dogs had been friendly or aggressive. In the media, none of this is referred to.

Yesterday, it was reported that a woman in Malappuram woke up to find that her puppy had been killed. Before this, men had barged into her woman’s house after she had written to the panchayat explaining that killing strays was not a solution. Her neighbours, who supported the killing of dogs, had reportedly told her to “show some humanity”, and that they would not only kill dogs, but also kill the people who protected them.

Perhaps it’s time to note that the issue is more complicated than only reporting that a person was bitten, or a child was attacked, looking instead into why this problem is proving difficult to solve and what can actually be done.