HomeNewsOne Tamil Nadu Police Dept has had No Women Since ...
November 23, 2016 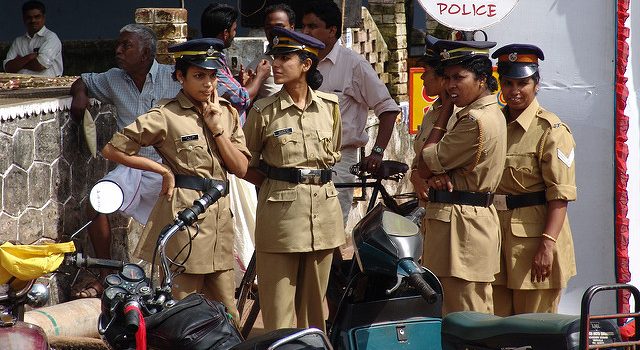 Reasons to hang out in Madras High Court #114.

As if you needed another reason!

But if you did here is one. If you had been in Madras High Court yesterday you’d have heard this amazing story. No woman police officer has been appointed to the Department of Civil Supplies in Tamil Nadu since 1964. And how did this amazing historical nugget reveal itself? In September this year 10 women sub-inspectors were promoted by the DGP and assigned to Civil Supplies. The Civil Supplies DGP, according to The New Indian Express, said no-no-no and bounced them back to their original departments because working in Civil Supplies department involves travelling across Tamil Nadu and not 9 to 5 hours. What, are you kidding? Do you think being a regular sub-inspector involves making origami at tea-time?

The court dismissed the PIL that had brought the matter to its attention because we don’t do promotions via PIL, apparently. But hurrah, the court also started suo moto proceedings to find out why there have been no women in this department since it was founded in 1964! For sure the Civil Supplies Dept is going to continue to say ayyo-too-much-danger-for-ladies. Why waste a good line that has worked for so many years.

On one front, we are inclined to agree. It’s tough being a policewoman. Often the police department — the institution and the men — is the biggest source of danger and annoyance for women in the force.  In September just as apna Tamil Nadu sub-inspectors were being transferred for their own good, 25 policewomen in the nerdy-sounding Provisioning and Logistics Unit accused an inspector of many months of many forms of sexual harassment. And even after they complained to the department, the Chief Secretary it still took five months and intervention from the Delhi Commission for Women for the Delhi police to take notice.