HomeCultureTegan and Sara are Lesbian Pop Pioneers and Here i ...
June 6, 2016 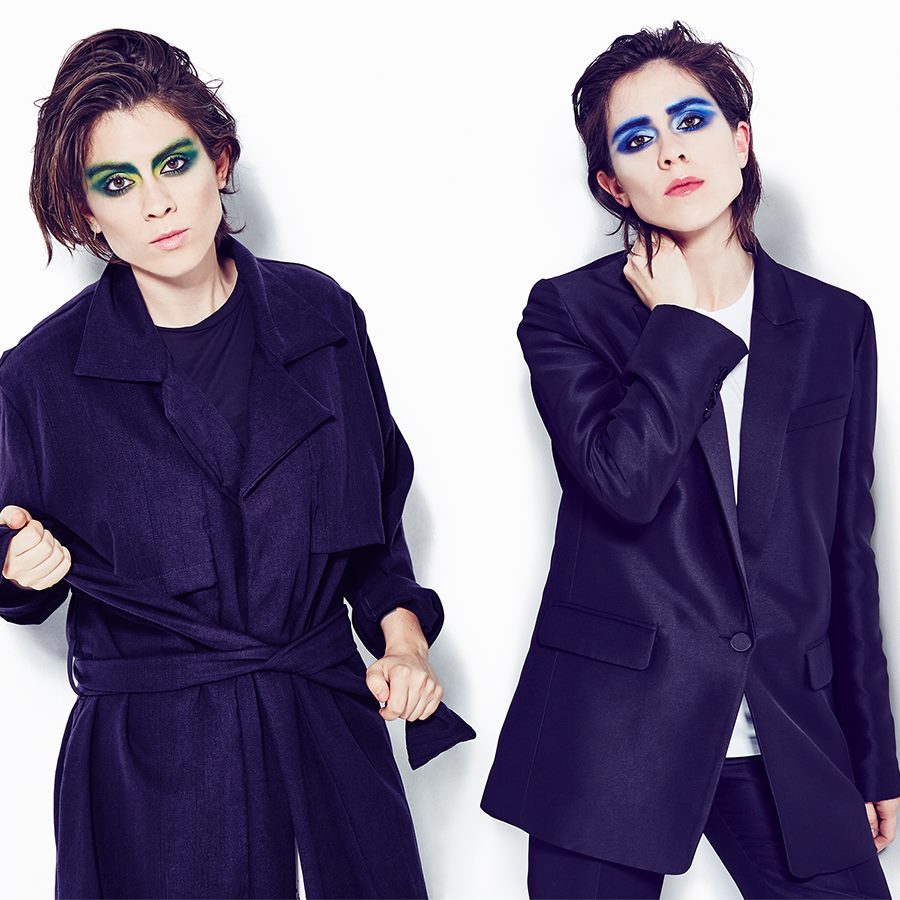 Album-wise, I’ve spent most of this year listening to Rihanna’s Anti and Beyonce’s Lemonade — two adventurous and carefully crafted explorations which push contemporary pop music into fresh musical, political and emotional territory. With each new album, both Rihanna and Beyonce reveal newer depths that some of their white counterparts (Ke$ha, Adele and Katy Perry) don’t even strive for. Beyonce has been widely congratulated on the political and aesthetic content of her new album, but Rihanna less. For the skeptics/straight-machans-in-Bangaluru-pubs, I say, just watch this.

Most importantly, both are unwilling to simply sit around and let their entourage churn out the bulletproof top-10 hits. These two albums are telling us that sometimes mainstream popstars (they are financially secure at the very least) are best placed to experiment and mixup their sound with other non-pop genres — some older and some emerging — hip-hop, R&B, EDM, dubstep, motown, good ol’ rock balladeering and country.

The new Tegan and Sara album is this musical experiment in reverse. After many years in the indie-rock music world, the Canadian twins’ thankfully jumped ship to pop music. They are on their eighth album and their two pop albums have unveiled them as honest voices, bringing lesbian aesthetics to a pop music industry dominated by straight women. Their latest album, Love You To Death again takes the path of their previous album Heartthrob and embraces an all-out, soaring, synthetic europoppy sound. Like its predecessor, Love You to Death is a marvel of beautifully chiseled pop, comparatively quiet and full of emotional resonance. This time around though, the twins’ don’t even pay token respects to indie-music world – this album is pretty much guitar-free. As Tegan told an interviewer,

“We added guitar to a lot of stuff on the last record, I think just because we thought we had to. We always felt a little awkward in the indie-rock world anyway, because we weren’t necessarily guitar players by nature. It was predominantly white heterosexual males.”

Checkout the lyrics of their new single Boyfriend — a wonderfully direct reply to straight women who befriend lesbians and turn them into surrogate-boyfriends (an all too common pattern, I can tell you from experience). “You treat me like your boyfriend / and trust me like your very best friend” but “I don’t want to be your secret anymore.” Say it again, sister!

The twins say they self-consciously entered pop music to expand their audience and they’ve been quite successful at capturing the interest of heterosexual audiences — they were opening acts for Taylor Swift and Katy Perry. Another new video and single 100x tackles the age-old problem of how to create believable feminist visuals that subvert the male gaze. The twins’ astonishing answer: dogs. Very thoughtful-looking ones that meet your gaze. Fluffy ones, small ones, big-eyed ones. Watch this crazy video and join me in the puzzled-and-awed by dogs being blown by wind-machines club.

For those who are new to their music, the Tegan and Sara staple is a delicate and confusion-acknowledging emotional realism, the kind we saw in the lyrics of these songs: I Couldn’t Be Your Friend, Now I’m All Messed Up, Goodbye. In the new album, U-Turn stands out. I’ve rarely ever heard pop lyrics that embrace human fallibility so much and slyly challenge their listeners to consider their own emotional inflexibility. While I’m off celebrating the U-turn that led Tegan and Sara into pop-music, the last word can only be theirs.

Always been about what I want, listen to me while I preach

Anything I didn’t wanna hear, I just preached ’til what was right

But you, you got me on the line

Told me that you think it’s time

Make a change or this is gonna stall

Shape up or you’ll drop me like a call

Even though you never ever ask me for one

Ask for forgiveness, tell you I was wrong

Sit myself down, rein my pride in

Start to focus, change who I’ve been

Give me a second, let me u-turn