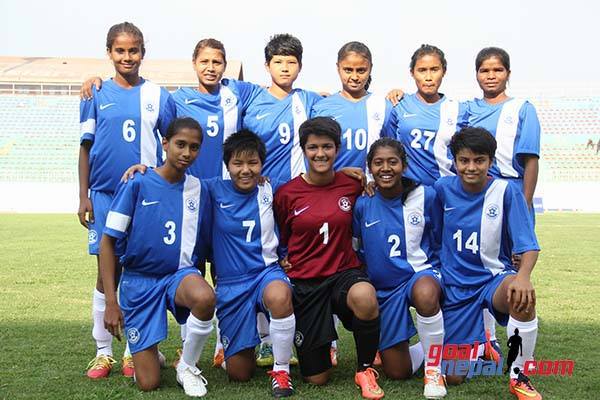 This Monday, the Asian Football Confederation (AFC) Under-14 Girls Championship kicked off in Nepal to a happy start for India: they won against Bhutan with a smashing 12-0. The Bhutan team manager tried to explain away the loss by saying that his girls were “too small to face muscular Indians,” but whatevs, dude. Three cheers for muscly match-winners!

In the championship, the teams have been placed in two groups: Iran, the Maldives, Sri Lanka and host team Nepal in Group A, and India, Bangladesh, and Bhutan in Group B. The winner of each group will play the runner-up of the other group in the semi-finals, and the winners of these matches move on to the finals.

After India’s win against Bhutan, they drew 1-1 with Bangladesh on Tuesday, earning themselves a place in the semi-finals. Bangladesh plays Bhutan in the final Group B match today. The Indian team lost the AFC championship last year (Nepal won in 2014), but were winners for two consecutive years before that. This year, head coach Maymol Rocky says the team is well-prepared, and “ready to play our best to win the title.”

We called up Juhi Shah, football fanatic and one of the country’s youngest referees (more about her here), to ask her about the championship – she’s been posting updates from it furiously on Indian Women’s Football Team, the Facebook page she runs. “They said there’d be live streaming, but I checked and there isn’t,” she says, bummed. “I’m following Goal Nepal’s Twitter feed for updates.”

She points out a very cool fact from this championship – in a rare occurrence, the technical team supporting the India U-14 footballers are all women. There’s head coach Rocky (a former national football player, like all the other coaches), assistant coach Shradhanjali Samantaray, goalkeeping coach Ronibala Lourembem and physiotherapist Monika Tarkar.

So what are you waiting for? Go follow some U-14 football. And build some muscle, while you’re at it!

Zenisha Gonsalves is an intern at The Ladies Finger and a student at St. Joseph’s College of Arts & Sciences, Bangalore.