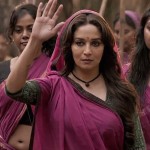 Enough with the pink already. First, the Delhi High Court stayed the release of Gulaab Gang on the grounds that it would cause irreparable damages to Sampat Pal, leader of the Gulabi Gang and protagonist of Nishtha Jain’s documentary of the same name. Then came reports that Pal was expelled from her group. And Gulaab Gang released after all.

Here’s a chilling, distressing account of a gang-rape survivor who was abducted from her home, gang-raped a second time, and survived despite being strangled and left for dead in a nearby field. Despite having police ‘protection’.

Sick of being bombarded with texts about Women’s Day sales? Tired of being handed those idiotic freebies at the mall? Try Veena Venugopal’s angry piece on how Women’s Day has been taken over by the ka-ching. 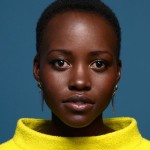 Oscar fever! And Lupitamania. And reality / checks (here’s a funny one) on our fetishizing of the 12 Years A Slave actor.

Rs 2000 crore, two large scale surveillance schemes, and plenty of inaction. Where is the money sanctioned in Nirbhaya’s name going? Revati Laul sets it out for you. Do write in to the Ministry of Finance’s Joint Secretary, Budget – Rajat Bhargava (rajat.bhargava@nic.in) – with your suggestions!

Meanwhile, after the tamasha following reports that the 181 helpline for women set up after the Delhi gang-rape was facing closure, the government pulled up its socks and has decided to keep it going.

Since the Election Commission introduced ‘Other’ as a gender option in 2012, over 28,000 transgenders have been registered on the electoral roll for Lok Sabha elections. 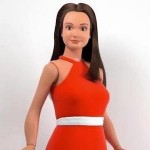 The creator of Lammily, a new doll meant to take on Barbie with her more realistic figure (she doesn’t perpetually tiptoe on heels!), raised the target amount on Kickstarter in a day. Not everyone believes Lammily will make an impact, but here’s keeping our fingers crossed.

Laxmi, the woman who survived an acid attack at 15 and became an activist for other survivors, will host a weekly TV show for a private news channel. Power to her.

After the Health Ministry released new guidelines for medical examination of victims of sexual assault, news reports were quick to declare that the two-finger test had been banned. But are they jumping the gun? As Flavia Agnes points out, “Policy and implementation are two very different things.”

‘You Disrespected the Fight That My Daughter Put Up.’ Nirbhaya’s Mother Writes an Open Letter to ex-DGP Sangliana