Cracked.com turns sex discrimination in movies on its head (much like Tina Fey and Amy Poehler asking NPH to twerk during his Emmy’s opening monologue) and asks for more men to play passive victims in need of rescue, homme fatales, characters who dress sharp and walk into a bar just so that the female lead can establish her superiority, and such.

The Dalit Mahila Swabhiman Yatra (Dalit Women’s Self-Respect Yatra) started in Kurukshetra on February 17 and will be continuing across Uttar Pradesh, Bihar, Orissa and Maharashtra to end back in New Delhi on March 12.

Canadian short story writer Mavis Gallant died this week. “She marked her territory and mined it, as no one did,” says Jhumpa Lahiri in this piece for the New Yorker, which published over 100 of Gallant’s stories through her career. 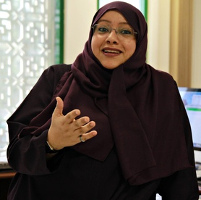 Journalist Somayya Jabarti has been appointed the first female editor of a national newspaper in Saudi Arabia. “There’s a crack that has been made in the glass ceiling. And I’m hoping it will be made into a door,” she said.

The Supreme Court clarified this week that members of any religious community can legally adopt a child.

Did you know Delhi has the lowest number of women voters in the country? Y U NO VOTE, DELHI WOMEN?

Homophobia can be bad for you, says a study that claims being homophobic can reduce your lifespan by up to two and a half years. Hmm.

In a week that has seen the Tejpal sexual assault case grow sadder and dirtier, here’s a classic case of how not to write about sexual assault. 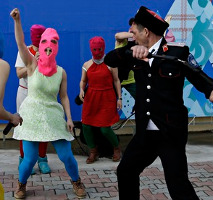 Oops, Russia did it again – members of Pussy Riot who attempted to perform at Sochi were attacked with whips by Cossacks in uniform. Pussy Riot then used the footage to create a music video for their brand new song “Putin Will Teach You How to Love Your Motherland”.

The new Mumbai Police Commissioner Rakesh Maria’s plan to be more sensitive to survivors of sexual assault is to allow them the option of having a woman officer record their statement in their home. Double thumbs up.

The pop versions of our mythology have always demonised the Asurs. What if we told you they were an actual community in Jharkhand? Hear from Sushma Asur, the woman who keeps the flame of the Asuri bhasha alive through her poetry.

Meenakshi Reddy Madhavan’s been blogging for ten years. Here, she talks about her years writing online on subjects such as love, visits to the gynaecologist and heartbreak. And, of course, the trolls.

Out on bail and acquitted of six of the eight cases against her, Soni Sori is clear that she will keep up her fight for development, education and human rights. There’s even talk that she may contest the Lok Sabha polls from Bastar on an AAP ticket, although the party hasn’t sorted its game out yet on this front.

When activists in Bangalore protested against the lack of clarity in Karnataka’s new Mythri pension scheme for sexual minorities, The Hindu deployed an unfortunate headline: ‘Mythri launch marred by protests‘. Read: ‘Pesky activists raining on the government’s parade *grumble*’