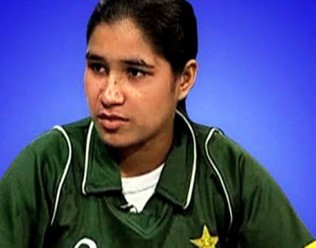 Did you know women weren’t allowed to work as make-up artists in Bollywood because they threaten the livelihoods of male make-up artists? This is finally being challenged.

In Bangalore, a 22-year-old was raped, but the police made the survivor water down her complaint to one of molestation. The police also compromised the safety of the woman and her friend by revealing their contact details to the accused, chief among whom is the son of a politician who has friends in the police. The woman has filed a complaint against the police and local TV channels for revealing her identity.

Around the same time in Bangalore, a six-year-old was raped, allegedly by two men in her school, and a doctor was beaten and stripped by a mob and her assisitant manhandled in Nelamangala near the city for complaining about the poor quality of food served under the mid-day meals scheme.

A Dalit woman was abducted from her in-laws’ home in Etawah and gang-raped and killed by a group of men. She is said to have recognized three of the men involved as her neighbours, and to prevent her from identifying them, they set her ablaze.

Nadine Gordimer, South African writer and anti-apartheid activist passed away at the age of 90. Here’s a superb interview with her.

An artist on a mission to “demystify” female genitalia was arrested in Japan on suspicion of breaking obscenity laws. She thought it would be funny to use a mould of her vagina as a diorama, but the police didn’t seem to think so.

Haleema Rafiq, a 17-year-old Pakistani cricketer, committed suicide a year after alleging that officials of the Multan Cricket Club were sexually exploiting players during selections. The MCC, for its part, slapped amassive lawsuit against her.

Rukmini Shrinivasan on what journalists keep getting wrong about the NCRB’s rape stats, and why the rate of rapes reported didn’t really double from 2011 to 2012.

The writer who coined the phrase ‘manic pixie dream girl’ wishes he had never done it.

Flipkart has entered the ‘sexual wellness’ market and will sell toys, kits, edible lingerie, lubricant and condoms, among other items.