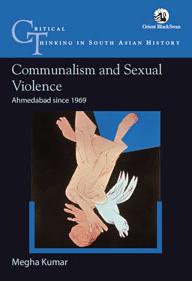 Dinanath Batra strikes again. This time, it’s a book on communal and sexual violence in Ahmedabad by Megha Kumar, published by Orient Blackwan. Here’s a ‘What not do’ for publishers faced with irritants of the Dinanath variety.

In the Badaun aftermath, more terrifying incidents have been reported from Uttar Pradesh. A 22-year-old was gang-raped and forced to drink acid in Bareilly. A 14-year-old was raped at gunpoint in her home in Muzaffarnagar. A minor gang-rape survivor in Meerut was abducted although her parents had been seeking police protection for over two months, and a woman judge was raped in Aligarh. Records show it has been harder for Dalit women to record rape under the Samajwadi Party government. But with a PR and governance disaster at hand, the party is still keen on shooting itself in the foot.

But we’re not done with stories of sexual assault. A woman in Meghalaya was killed by alleged militants for resisting their attempts at assault. And Delhi police evicted the 70-odd Dalit families who had camped there for over two months, protesting the  gang-rape of four minor girls in Bhagana village, Haryana. 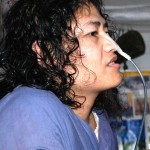 A magistrate in Imphal has charged Irom Sharmila with attempt to commit suicide. In 2013, a Delhi court had framed similar charges.

A peep at an alternative, feminized digital entertainment history.

In Ireland, where abortion is illegal, the bodies of around 800 babies that died between 1925 and 1961 at a home for unwed mothers have been found in a septic tank, pointing to the stigma attached to unmarried pregnant women at the time.

Guess what? The X and Y chromosomes aren’t ‘sex chromosomes’ at all! Science historian and philosopher Sarah Richardson points to how cultural gender norms have influenced the study of sex in the genome.

A good enough reason to hate your thighs. 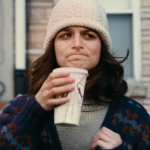 How Not to Review Women’s Writing. And author Rebecca Solnit on some good ol’ mansplainin’.

Why do we need to ask celebrities if they are feminists? HuffPo gives it a thought.